Why is Nick Land still embraced by segments of the British art and theory scenes? 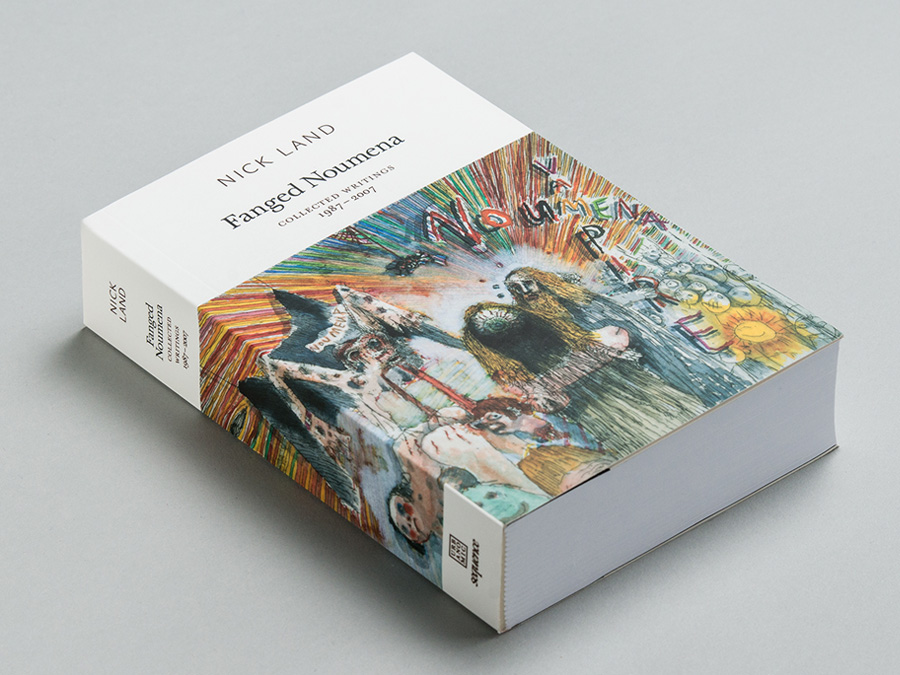 The group Shut Down LD50 Gallery has published a blog post about philosopher Nick Land and his continuing influence on certain segments of the British art world and academia. They write that Land’s philosophy, couched in terms like “Human Biodiversity,” is a dressed-up form of eugenics. They call on institutions that provide a platform for Land to their withdraw their support and to refuse to be complicit in the spread of far-right views. Here’s an excerpt from the piece:

Nick Land advocates for racially based absolutist micro-states, where unregulated capitalism combines with genetic separation between global elites and the ‘refuse’ (his term) of the rest. It’s a eugenic philosophy of ‘hyper-racism’, as he describes it on the racist blog Alternative Right, or ‘Human Biodiversity’ (HBD). Here, class dominance and inequality are mapped onto, explained, and justified by tendencies for the elite to mate with each other and spawn a new species with an expanding IQ. Yes, this ‘hyper-racism’ is that daft – and would be laughed off as the fantasy of a neoliberal Dr Strangelove if it didn’t have leverage in this miserable climate of the ascendant far right. Regarding the other side, the domain of the ‘refuse’, Land uses euphemism to stand in for the white nationalist notion of a coming ‘white genocide’: ‘demographic engineering as an explicit policy objective’, ‘steady progress of population replacement’, is the racial threat he describes on the bleak webpages of The Daily Caller.

It is claimed Land has a superior philosophy of capitalism (‘accelerationism’ – you’ve heard of it – the topic of his New Centre course). But like the Nazis before him, Land’s analysis of capitalism produces and is sustained by a pseudo-biological theory of eugenic difference and separation: the redemptive productive labour of well-bred Aryans, for one, the escalating IQ of an inward-mating economic elite for the other. There’s no ‘philosophy’ here to be separated from Land’s far right ‘politics’; the two are interleaved and co-constituting. ‘More Capitalism!’ has always been the essence of Land’s supposedly radical critique, from his early philosophy at the Cybernetic Culture Research Unit (CCRU) to now. Hence it’s little wonder that his philosophy is inseparable from the racism that has always accompanied capitalism as an integral dynamic – from chattel slavery and the blood-bath of colonial expansion, to the passive slaughter of migrants in the Mediterranean and Black populations at the hands of the police, their mundane exposure to death calibrated to the crisis of the labour form. Land’s oh so virulent assault on the ‘Human Security System’, as he framed it in CCRU days, thrilling those who thought him the transvaluation of all values, is revealed to be the latest in a long and monotonous line of tropes that would disqualify the life of particular humans – the working class, minorities, and other ‘refuse’. For hyper-racists can rest assured, the elite’s ‘Human Security System’ is to be bolstered, by capital accrual and the proliferation of hard micro-borders.

That Land’s chosen people are internally homogeneous global classes of high ‘socio-economic status’ and not exclusively ‘white’ should not be the distraction he intends; the physical and psychological violence of racism has its own sorry architecture, but it has always closely partnered with the production and perpetuation of class privilege and pleasure. And inevitably, more traditional racist tropes of fear, hatred, and ridicule of Black people and Muslims, of ‘cucks’ (as the alt-right call those who would live without ‘race’ boundaries), feature with enough regularity in Land’s blog and Twitter (Outside in, @Outsideness, @UF_blog) that his ideas can merrily slop around on social media with the full gamut of racisms.

I actually find Land’s early work (esp. the CCRU period) quite interesting and thought-provoking, His thinking shifted in a fairly significant way following his mental breakdown. I haven’t made the slog all the way through “The Dark Enlightenment” but I’ve read enough to know he’s gone off the rails into trolldom.

It seems as if e-flux has its own answer to the question above:

Against Nick Land and the Reactive Left — ANON Frontpage

[image] The William Buckley debates was political discourse at its finest. Although watching Norman Mailer throwing shade at Gore Vidal is entertaining, James Baldwin taking Buckley to task holds a special place in our hearts. Baldwin defending his, and by extension, the black underclass’ right to exist With persuasive reason and eloquence is a relic of a bygone era. Gone are the nuanced with engagement with your opponent, self-gaslighting is on trend these days. “I don't know too much abou…

What is going on here?

I recently trawled through Fanged Noumena, the things that bite Kant I think, precisely after realising the admiration still persisting for this rather brilliant but finally tacky exponent of radically naughty hyperbole, or hyperbolic hyperbole, but in the end a vulgar realist of expressionist figures of affected intensity. The essay on Trakl is probably very good, the super Félix stuff nauseatigly infantile and noisy. Trawl the internet and a number of significant writers claim to have sat at his feet, the late Mark Fisher, Kodwo Eshun, whom we respect. So the problem of how to dispose of/with him is complicated. I actually found him loathesome over 20 years ago. The Dark Enlightenment and the uber-clever vacuity à la Zuckerberg of Mencius Moldbug too sèem a logical outcome. I think i would start with a vow of cold silence.

The post by Anon was created by a user, not by the editors of e-flux conversations.

Even if we hate them, Land’s ideas can be found lurking around within both contemporary left-accelerationism (via Mark Fisher and Nick Srnicek etc) as well as within the neoreaction/gamergate/alt-right continuum (which some even speculate runs straight up through Curtis Yarvin, to Peter Thiel and …beyond). That alone should make them worth reading up on. Consider it “opposition research” if you must.

I hesitate to say anyone should “embrace” these ideas, of course, unless they hope to follow Land’s lead in developing advanced amphetamine psychosis and reinventing themselves as two-bit racist bloggers. But no-platforming Land at this point does nothing to stop the viral spread of his ideas, especially among his more unseemly adherents. You know, “Keep your enemies close,” and all that.

The trouble with this critique is that there is little challenge of substance. A great deal of cherry-picking and lazy ideologuing has unfortunately gone into this post by SD LD50. I’m sure we could all tear a page out from Nietzche and take something for a ride too and moralise about it on-line.