Why Boycott the Zabludowicz Art Trust? 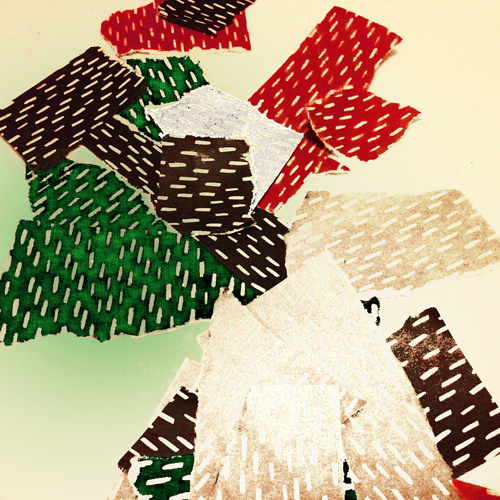 In London, the complicity of The Zabludowicz Art Trust (which principally owns and funds the Zabludowicz Collection, Zabludowicz Art Projects, Daata Editions, and a large number of London and international public institutions) in Israel’s ongoing colonisation, occupation and apartheid policies against Palestinians everywhere, and especially in Jerusalem, the West Bank and Gaza, is fast becoming common knowledge.

In the following text, we hope to make this knowledge more widespread, and we hope to encourage international adoption of a boycott strategy, in the spirit of these guidelines produced by the Palestinian Campaign for the Academic & Cultural Boycott of Israel (PACBI), until such time as the Directors of the Zabludowicz Art Trust publicly recognise the rights of Palestinians, and desist from all activities and investments supporting the Israeli state.

PACBI has issued this statement relating specifically to the Zabludowicz Art Trust and to its funding via Zabludowicz Trust by Tamares Group, which has investments in Israel including Tamares Telecom, and Israel’s National Airline El Al through Knafaim. Knafaim provides maintenance services to the Israeli Air Force, notorious for its ongoing commission of war crimes against Palestinian and Lebanese civilians.

Poju Zabludowicz, in addition to his role as Director of the Zabludowicz Art Trust, is a founding director of and major donor to the Britain Israel Communications & Research Centre (BICOM), a company dedicated to creating ‘a supportive environment for Israel in Britain.’ In 2013, a Spinwatch report titled ‘BICOM: Giving Peace a Chance?’ (download the report as a pdf here), found that: ‘BICOM, like Israel itself, seeks to maintain the façade of progress towards peace, but in practice exhibits deep disdain for international law.’ Through its lobbying, media activities, and through its influencing of powerful elites including UK Members of Parliament, ‘BICOM opposes key tenets of international law that serve as the framework for implementing the recognised prerequisites of a Palestinian state. It echoes Israeli exceptionalism on the four key issues of the conflict: borders, settlements, Jerusalem and refugees.’

BICOM ‘researchers’ additionally fill the key editorial positions at Fathom Journal, which also promotes BICOM through its advertisements and which shamefully characterises critics of Israel as mentally ill. For example, this article published in autumn 2015 claims that a commitment to boycott is ‘demented’, that the likes of Judith Butler are suffering ‘intellectual malady’ due to their commitment to peace and the liberation of Palestinian people. Fathom Journal misleadingly states that figures such Noam Chomsky and Ilan Pappe have lied in their assessment of Israel’s 2014 assault on Gaza.

BDZ urges its readers to refer to more reputable sources of information, for example this report, also published in autumn 2015, on the findings of the Russell Tribunal, which decided to hold an Extraordinary Session in September 2014 due to the gravity of Operation Protective Edge. The Tribunal heard ‘detailed, comprehensive and chilling’ testimonies which ‘together made a compelling case for systematic and deliberate war crimes committed [by Israel] in a broader context of racism, impunity and genocidal discourse.’

What would a boycott mean in practice?
A boycott would mean expressing solidarity with Palestinians through an act of collective refusal. It would entail making a commitment not to show at, collaborate with or participate in any events taking place at, nor to visit or sell work to the Zabludowicz Collection, nor to work with Zabludowicz Art Projects/Zabludowicz Art Trust/Daata Editions. Boycotting artists, curators and other cultural workers should additionally commit, wherever possible, to withdrawing the conceptual content of previous participation in and/or sales made to the Zabludowicz Collection. Cultural workers and members of the public of all nationalities supporting the boycott should observe a ‘picket line’.

BDZ Group has gathered the signatures of people who believe that a boycott ought to be public and collective. See the full list of names here and refer to this recent text published by Novara Media for more details.

What about the calls against cultural boycotts of Israel?
1.
The following is a brief exposition and criticism of the text Challenging Double Standards: A Call Against the Boycott of Israeli Art and Society, which employs falsifications of Boycotts, Divestment and Sanctions (BDS) and lacks anything but the most circumlocutory reference to the horrific treatment of Palestinians by the Israeli state, both historically and in the present. Despite its rhetorical appeals for rational debate, the text is content merely to invoke the horrific Nazi persecution of Jews via boycotts, entirely disregarding the fact that BDS is a boycott of Israeli state institutions and of those institutions that support the Israeli state. Its style of argument, which invokes parallels without condescending to argue for them, is typical of the kind of obscurantist political discourse that prefers frightening its addressees to persuading them. Its pleas for equanimity, which demand intellectual even-handedness while occluding any mention of existing material inequality, are the kinds of call to order that are invariably made in the interests of the powerful. The text blocks off and represses critiques of Zionism, its historical development, and discussion of the possibility of taking collective action in solidarity with Palestinians.

The CDS text additionally misrepresents the position of Noam Chomsky in relation to the BDS movement. The passage that we particularly want to focus on is this one:

‘One of the most discussed issues regarding BDS-politics and its double standards is its denial of the Jewish people’s right to self-determination and its de-legitimization of Israel as a state. This point has been stressed not only by pro-Israel activists, but also by leftist public intellectuals like Noam Chomsky or Norman Finkelstein who can hardly be accused of being Israel apologists. Both criticize the BDS movement’s demand of a one-state-solution and of the right of return for Palestinian refugees, which includes their descendants, and would ultimately lead to the destruction of Israel as a Jewish and democratic state. To this effect they criticize the BDS movement for being hypocritical in calling for peace and human rights on the one hand, while fuelling the conflict with demands that would result in the end of the Israeli state on the other.’

The Noam Chomsky text to which the authors refer is almost certainly this one, which criticises two of the demands made by the BDS movement, including the demand for right of return according to UN Resolution 194. Chomsky’s criticism of the demand for right of return is as follows: He writes that it misinterprets the UN Resolution as an absolute rather than a conditional right and therefore forfeits the support of the BDS movement’s Western target-audience. Chomsky emphatically does not write that the demand ‘fuels the conflict’ or that if implemented it would ‘result in the end of the Israeli state’; nor does he imply that these are the terms in which a just assessment of the goals of the Palestinian solidarity movement ought to be judged. Chomsky’s position on this issue is extremely clear and straightforward. In his reply to the Organizing Collective of the US Campaign for the Academic & Cultural Boycott of Israel, Chomsky says of their claim that ‘[t]he fact of US and Israeli opposition should be no deterrent to pursuing the right of return’ it is ‘absolutely correct’. His own principled opposition to the BDS demand for the enforcement of UN resolution 194 is based on the idea that it represents a misconception of how freedom of movement for Palestinians – including freedom to return to the lands from which they have historically been displaced – might genuinely be achieved.

This position is not equivalent to the aggressively dismissive claim that BDS’s ‘simplifying narratives’ and ‘biased demands’ ‘foster an atmosphere that enables and even provokes attacks on Jews and Jewish institutions’. It has nothing to do with the claim that BDS is an ideological ‘doctrine’ rather than a strategy meant to achieve just social outcomes; that the international prominence of BDS (its prominence in contexts ‘mainly outside’ Palestine) is evidence of suspicious motives; or that BDS treats Israel as a ‘signifier of oppression’ without attending to the history of the Israeli-Palestinian conflict. The alignment of Chomsky’s positions with these thoroughly partisan and hostile assertions is evidence of exactly the kind of intellectual carelessness that the ‘Challenging Double Standards’ text merely claims to oppose, yet reinforces, and that Chomsky has himself works tirelessly to counteract. We hope that the authors of the CDS text will withdraw or revise the reference in order to reflect more accurately the positions of the authorities whom they cite.

In a further example of misrepresentation, the CDS text states that ‘the Tricycle Theatre in London refused to host the UK Jewish Film Festival’. However, the Tricycle wanted to host the Jewish Festival in 2014 as they had done in the previous eight years, and simply refused to accept funding from the Israeli embassy: ‘The theatre said it would not accept any funding from “any party to the current conflict”. It has offered to use its own resources instead.’

We ask the authors and signatories of the CDS text to acknowledge that their exaggerated tone of reasoned debate has become a vehicle for covering up crude racist violence committed against Palestinians.

We draw attention to good examples of engagement with boycott strategies gathered by South Atlantic Quarterly (Volume 114, Number 3, July 2015) under the title ‘Against the Day: Israeli Jews Address the Palestinian Boycott Call’ and remind the authors and signatories of CDS that Israeli state policies and those institutions that support them are the sole and exclusive target of BDS campaigns.

As Artists for Palestine have argued, following the publication in the Guardian newspaper of ‘Israel needs cultural bridges, not boycotts – letter from JK Rowling, Simon Schama and others’, ‘CULTURAL BRIDGES WITH ISRAEL LEAD NOWHERE’.

But isn’t all money dirty in the art world?
Yes, all money is dirty and many other nations, corporations and institutions deserve condemnation. However, Israel and its institutional supporters promote and fund an international cultural programme that actively normalises the dispossession and oppression of Palestinians, and this programme is further bolstered by UK-based PR groups such as BICOM. Other sources of pro-Israeli funding can of course be located in the art world, for example in Outset Israel; BFAMI; the Blavatnik Family Foundation, which was established by Leonard Blavatnik, a major donor to Benjamin Netanyahu and via his foundation to UK Friends of the Association for the Wellbeing of Israel’s Soldiers; and, it has been argued, in the business and contemporary art investments made by Bloomberg L.P. and Bloomberg Philanthropies, whose founder flew to Israel during Operation Cast Lead and publicly blamed Hamas for the Israeli assault on Gaza. There may well be others. But BDZ group’s present focus on the Zabludowicz Art Trust owes to the fact that we are based in London, where ‘emerging’ London-based artists are targeted by the Zabludowicz Collection and where many London universities and public art galleries and museums have accepted the Zabludowicz Art Trust’s financial support. On a national level, we are dismayed that the diminishment of public funding for art coincides with rule by a Coalition and now Conservative government that has accepted large donations from Zabludowicz Art Trust Director Chaim Zabludowicz, and from his company Tamares Real Estate Investments UK Ltd. – a government whose policies have led to the erosion of the UK public sphere, and are helping to keep the peace process in the Middle East in a state of perpetual delay.

Bicom had a good go at corrupting parliamentary process via Liam Fox. I have never set foot in 176 and I refuse to visit exhibitions funded by Blavatnik, the Zs etc wherever they are including Sonia Delaunay. This, as well as BDS, is a minimal personal refusal. We all have to learn to refuse.
A