What Biosphere 2 Can Teach Us About Saving the Earth's Ecosystems 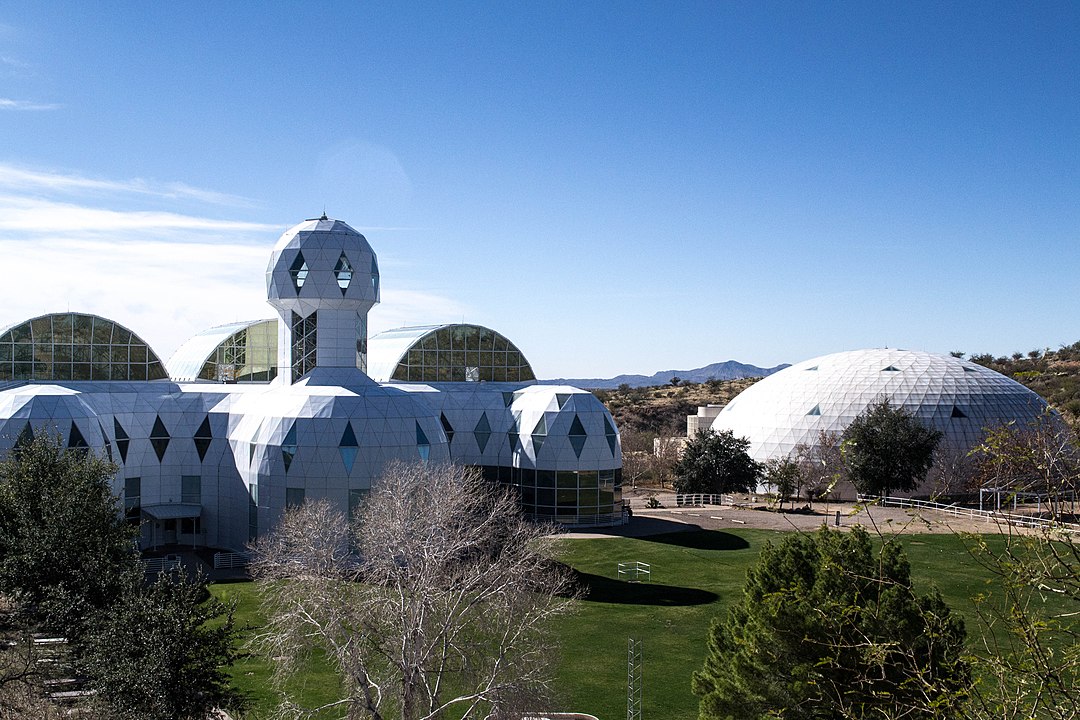 In the current issue of Logic magazine, which focuses on the theme “Nature,” political theorist Alyssa Battistoni reflects on the lessons that the Biosphere 2 experiment has for rescuing ecosystems on a warming planet. In the early nineties, eight scientists spent two years in a dome in the Arizona desert, which was filled with carefully selected plants and animals so that the dome replicated various Earth ecosystems. The project, which was called “Biosphere 2” (Earth being “Biosphere 1”), was a spectacular failure, as Battistoni explains. The self-contained ecosystem quickly fell out of balance, producing insufficient oxygen and falling prey to invasive species. But Battistoni argues that the notion of technological intervention into ecosystem management should not be abandoned. At the current rate of warming, she suggests, it will be an essential tool for keeping the earth habitable, so we should get used to the idea. Check out an excerpt from the article below.

Using technology to support ecological functions doesn’t have to involve building a giant array of machinery to replace Earth systems or trying to technologically manipulate the entire atmosphere, a la the Ecomodernists. But nor should it mean attempting to remove human activity and artifacts from ecosystems altogether. As Donna Haraway reminds us, “There is no Eden under glass.” Technology can play an important role in actively maintaining ecosystems rather than replacing them wholesale, in conjunction with human labor.

Some of this work is already happening. Drones are being used to reseed land for restorative purposes, effectively performing the work of birds while reducing human presence in remote areas. In the Great Barrier Reef, a robotic vessel protects indigenous coral species by killing the crown-of-thorns starfish that is suffocating the reef.

Paradoxically, these unmistakably human interventions often occur in the absence of actual humans. Robots can offer ways to preserve nonhuman ecosystems without more direct forms of human intrusion. They aren’t total replacements for organisms, of course. A drone can drop seeds but can’t lay eggs; a robot fish can kill starfish but can’t grow new coral. Indeed, none of the options available to us — nonhuman proxies, technological tools, human labor — is a perfect substitute for what they replace, and none ever will be. At best, they can provide rough approximations of certain functions. But these jury-rigged rivets might be our best hope for making a future on a damaged planet.

Image of Biosphere 2 by Daniel Oberhaus - Own work, CC BY-SA 4.0. Via Wikimedia Commons.