Wendy Brown: How neoliberalism paved the way for neofascism 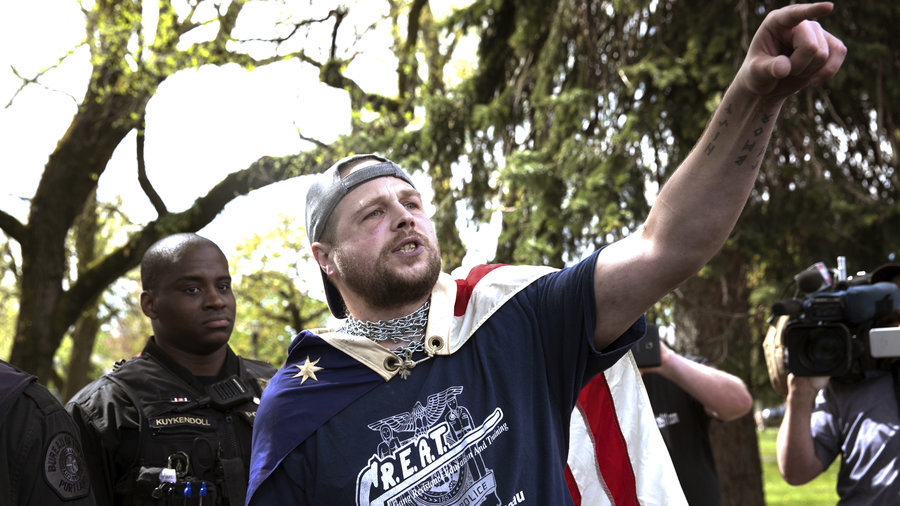 At Public Books, Wendy Brown explains how, in the US context, neoliberalism paved the way for neofascism, resulting in phenomena like neofascists citing “freedom of speech” to defend their attacks against racial and gender equality. “Why,” asks Brown, “are many of the most antidemocratic voices in the United States not merely protected by Constitutional freedoms but draping themselves in them?” She goes on to suggest that this situation was enabled by the neoliberal narrowing of freedom to the sole notion of “noncoercion,” such that regulations around affirmative action or equal pay could be labelled as restrictions on freedom. Here’s an excerpt from Brown’s piece:

Reducing freedom to unregulated personal license in the context of disavowing the social and dismantling society achieves something else important. It anoints as free expression every historically and politically generated feeling of (lost) entitlement based in whiteness, maleness, or nativism, and releases it from any connection to social conscience, compromise, or consequence. Lost entitlement to the privileges of whiteness, maleness, and nativism is then easily converted into righteous rage against social inclusion of the historically excluded. This rage in turn becomes the consummate expression of freedom and Americanness. With equality and social solidarity discredited, and the existence of powers reproducing historical inequalities, abjections, and exclusions denied, white male supremacist politics gain a novel voice and legitimacy in the 21st century.

Now we are in a position to grasp how Nazis, Klansmen, and other white nationalists can publically gather in “free speech rallies,” why the authoritarian white male supremacist in the White House is identified with freedom by his supporters through his “political incorrectness,” and how decades of policies and principles of social inclusion, antidiscrimination, and racial, sexual, and gender equality come to be tarred as tyrannical norms and rules imposed by “social justice warriors.”

What happens when freedom is reduced to naked assertions of power and entitlement, while the very idea of society is disavowed, equality is disparaged, and democracy is thinned to market meanings? Social justice is demeaned, and crude and provocative expressions of supremacism become expressions of liberty that the First Amendment was ostensibly written to protect. Except it wasn’t. It was a promise to democratic citizens to be unmolested by the state in their individual conscience, voice, and faith. It was not a promise to protect vicious attacks on other human beings or groups, any more than it was a promise to submit the nation to a corporatocracy. Alas, a neoliberal culture of unsocial liberty paves the way for both.

Image: “Freedom of speech” rally organized by US neofascists. Via NPR.