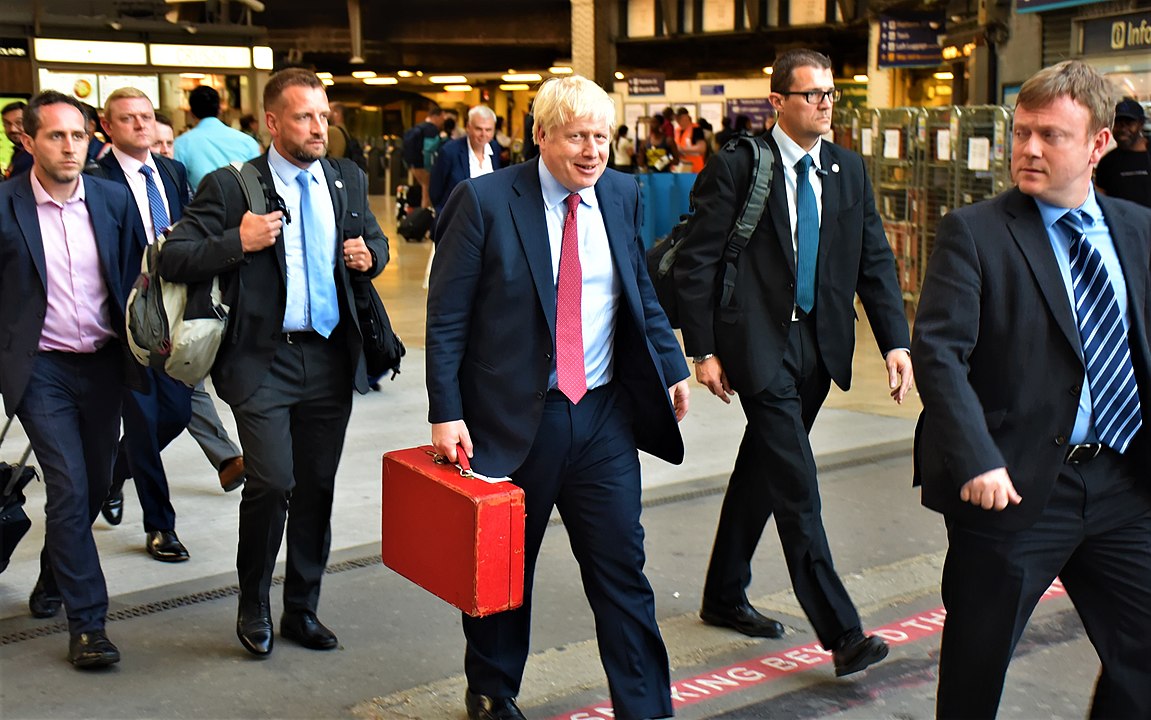 At the Baffler website, journalist Laurie Penny reflects on the emotional toll of the major defeat suffered by the Labour party in last week’s UK parliamentary elections. A Labour supporter herself, Penny describes the feeling of suddenly discovering that many of your fellow citizens are much less compassionate and fair-minded than you thought. She also describes the shock of realizing that blantant lying seems to have become a route to electoral success in the UK’s degraded political sphere. Check out an excerpt from the piece below.

Right now, it’s OK to be angry. It’s OK to be scared. Those are honest feelings, and it’s better we feel them now than let them fester and eat away at us from the inside. There is a difference between being tired and scared of some of your fellow citizens—as many of us in Britain are today—and legislating on that basis. That, in fact, is still the difference between political tendencies. Anger is allowed. Hurt and fear are allowed. Feelings are allowed. But treating those feelings as facts is a terrible, terrible plan.

Which is exactly why it’s alright to be angry today. It’s necessary, even. Because today we’re not fighting an election. We’re in recovery. And part of recovery is feeling all the fury and fear and confusion and moving on, rather than letting all that ugly emotion fester and eat us up from inside. It’s alright to be scared. It’s alright to rage, because very soon, we’ll need to start the fightback, and that means we’ll need every spare scrap of compassion and more. The nights are drawing in. Buckle up, turkeys. Christmas is coming.

I was thinking about the paradox of Johnson winning through their “vacuous televangelism” (see Penny’s text) which is a crass contrast to the Labour’s approach, as Laurie Penny elaborates in her text (or generally populists, respectively the lefts):

"Corbyn won’t sing the National Anthem and can’t keep his glasses on straight, so it didn’t matter that he was offering the most hopeful and exciting manifesto since the Second World War. People liked his policies. In fact, Labour’s policies consistently polled higher than those of the opposition.

Let me repeat that: the policies were not the problem. Most people liked Labour’s policies. Where Labour put forward a bold program for social transformation, the Tories had nothing to offer—nothing but Brexit and Boris, a one-two punch of vacuous televangelism."

After this text I started reading “Comrades in Deep Future” by Jonas Staal. A quote therein by Donna Harraway presents an unusual framing of propaganda:

“I don’t work by simplification and I am rarely drawn by art that works by reduction. And I am a polemicist. An ideologue. I think doing really good propaganda is something we really got to figure out how to get better at. I’m really interested in propaganda as a form that need not be full of alt-anything, that can be a practice of collecting each other up and telling important truths with certain kinds of tonalities.”

I’m not sure, yet, about necessarily using the term propaganda for it, but maybe reading Staal and his writing about art and propaganda could be fruitful for finding a way of communicating differently and countering the populist propaganda that media are broadcasting.

Considering the aformentioned (granted it is published by the moderators) this blogpost by Douglas Rushkoff really helps getting deeper into re-thinking propaganda in the present context – Operation Mindfuck:

"Today, however, the primary goal of government propaganda is to undermine our faith in everything. Not just our belief in particular stories in the news, but our trust in the people who are telling the stories, the platforms, and fact-based reality itself. Facts are, after all, the enemy of beliefs.

What many of us forget is that this new style of influence through disorientation is really an appropriation of the counterculture’s techniques. This is what the Situationists were doing. So were the hippies and “heads” of the 1960s."

There’s not much mileage in listening to Laurie Penny, a somewhat desperate celebrity commentator for the Labour left who’s analysis is rarely profound. Not once in this piece does she attempt to grasp why Brexit was the pivotal issue for many UK voters, and why it tipped the balance in the seats Labour lost, and why Labour had made such a disastrous attempt to equivocate on Brexit, and why Labour leave voters had had enough of its ambiguity and fudging of the issue. The one thing she needs to account for she avoids entirely.

But Penny uncritically repeats a dangerous turn in the left’s inability to understand its own continuing defeat, a turn which is already embedded in much of the left, and will gain futher ground from now on, unless the left gets a grip of what it’s for, and what it wants to accomplish, and who it actually represents.

Since she cannot engage with voters, she is more inclined to talk as if voters were afflicted with a kind of ‘affect disorder’ - essentially she’s saying they vote with their emotions, and that, in essence, as Jesus said they “know not what they do”. ‘I can wish no worse on those people than that they will one day understand the consequences of their actions and be obliged to live with them,’ she scolds.

‘People vote on feelings, not facts,’ she writes, as if people did not vote on the facts of the last three years of parliamentary chicanery which followed the referendum - a vote which must in some way count as a form of ‘representative democratic system that actually did what it said on the tin’, but which Penny seems to have forgotten about.

If the left succumbs to the notion that people are swayed by affect, and that affect, rather than reasoned choice (however complicated this is), is what informs them at the ballot box, then the left can only resort, in its turn, to a mysticism of irrationality, a technology of suasion with no connection to reality or reason, but only to the free play of rhetoric. This is the siren call to the left now - to become propagandists intolerant of the interests of people, in which ‘right thinking’ might dissolve a bad reality. If Penny can jibe at ‘a shiftless spoilt aristocrat posing as a man of the people from his stagnant pool of privilege’, she needs to ask, urgently, why such a man can pose as a man of the people, and why the traditional representatives of the people - the left - no longer seem to want to represent them.

In this, emotionalism trumps analysis if the left refuses to analyse its own reluctance to represent the interests of the majority - the ‘resurgent’ right did not invent populism, it simply took it from a left unwilling to claim it. In Europe, it has been a decade in which the left could have confronted neoliberalism. Instead, it capitulated, preferring to side with the machinery of neoliberalism expressed through the technocracy of the EU, rather that force the issue. Historically, it is when the left refuses to act in the moment of crisis that the reaction of the right ensues.