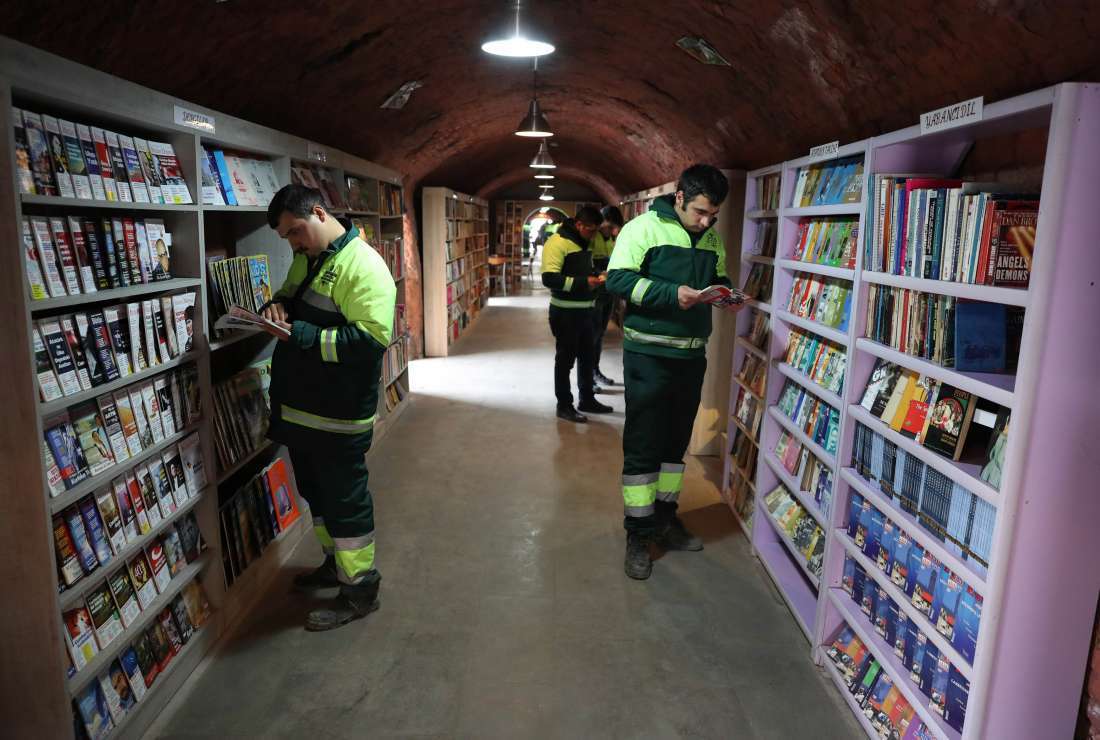 From the website For Reading Addicts, a story that will tickle the hearts of bibliophiles:

As CNN reports, the library was originally created for the use of the employees friends and family but, as it grew in size, the library was officially opened to the public in September of last year. “We started to discuss the idea of creating a library from these books. And when everyone supported it, this project happened,” said Çankaya Mayor Alper Tasdelen, whose local government spearheaded the opening of the library.

The library now has over 6,000 fiction and non-fiction books and includes a children’s section, an area dedicated to scientific research books, and a number of English and French language books for those who are bilingual.

The library building itself used to be a brick factory and is located at the sanitation department HQ. The building featured long corridors and an aged brick facade and transformed perfectly into a library.