Towards a Cyborg Transfeminism 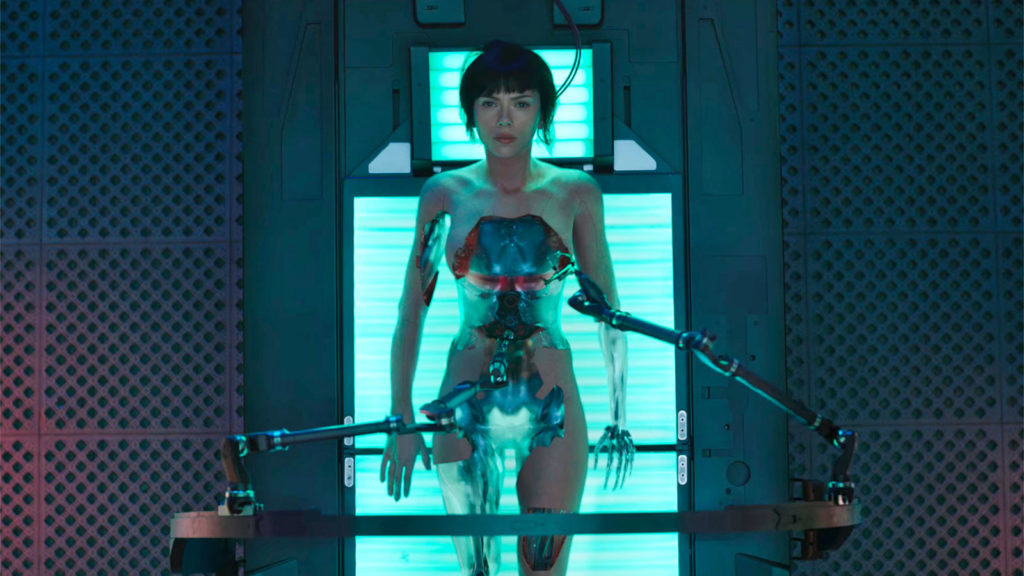 In the current issue of Salvage journal, Sølvi Goard uses Ghost in the Shell as an entry point for a discussion of how capitalism shapes bodies, especially trans bodies. Goard suggests that understanding this process is crucial to liberatory struggles in an era when the hegemony of neoliberalism is fracturing. Read an excerpt from the piece below, or the full text here.

Those questions – Am I really real? Have I ever existed? Or am I a ghost of an identity? – are ones many trans people will recognise: the visceral confusion that comes about from knowing how you feel and experience your body, but having that experience jar so powerfully with what meaning other people and society give to it. It is a question that Ghost In The Shell’s non-cyborgs never really have to ask: as long as cyborgs exist then a certainty in their humanity is assured. In the same way, cis society rarely has to justify its claims to gender normality. Maybe it would be useful if it did.

A materialist transfeminism offers us a way to understand what capitalism attempts to do to the body, and Ghost In The Shell reminds us that there is no technological teleology escape hatch out of gendered oppression; a world where the apex of cyborg technology is utilised primarily to infuse certain bodies with more power for social control is a nauseating one, which determines which bodies are ‘real’ and accepted as authentic, and those which, through their transgressions, are deserving of violence.