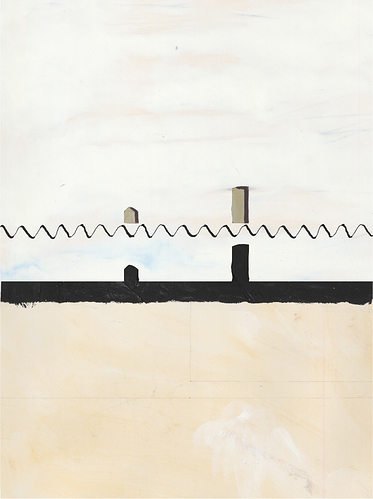 We build images of ourselves as we desire, often as timeless entities. Our individualism constructs authenticity as a collage of particular moments, re-appropriating symbols and scavenging lost processes for meaning but never in the new. Today’s authenticity can be bolted onto the body in the form of add-ons, descriptors of an ideal hand picked from history. The three-dimensional body is reduced to imagery. A two-dimensional portrait flickers back and forth across virtual space and time in the form of a bodily surface. Franco “Bifo” Berardi’s notion of self-engineering presents the externalized self framed within this construction. An alternate route to the authentic may be found through an acceptance of the body’s endless rhythms.

In today’s digital world we understand the body first and foremost as an image-entity. Our two-dimensional bodies are exploited to unchartered ends online, thus becoming political. Berardi uses Alejandra López Gabrielidis’ argument to claim that reification “spawns from the perception of body as [an] external thing.” The replay of big data collected on human interactions and behavior forms a reflective mirror of the body, allowing its image to be judged independently.

Imagery forms the basis of the political by creating tensions, contradictions and complexities between actors, each in and of themselves full of historical meaning. The body-as-image is a place from which both inward- and outward-oriented perceptions initiate; a place from which the ego originates as a surface projection onto the other. It is plastic and adaptable, manipulated both consciously and unconsciously, formed both by the other and the imposition of time.

As a movement from history into the future, mechanical time locks the self in fear; immobilized by the industrial division of labor and paralyzed by the finite. Berardi, by way of Gabrielidis, argues that reification implies an “externalization of traits of individuation, engendering ‘a second support of presence, that might be named “datified self.”’” This scene of reification is where individualism is bred; where the unknown future shapes a surface onto which the ego projects a constant anxiety in it’s self defense.¹

The “datified self” is subject to complex algorithms generated from vast online databanks that echo back a carefully curated version of the world. Shaping the bodily surface from an external position, Facebook and other social media sites “anticipate our requests, but also shape and control our desires” through what Berardi refers to as the preemption of the future.² The present, Deleuze writes, is experienced through the past and future. In his words, the body is only ever tired or waiting.³ 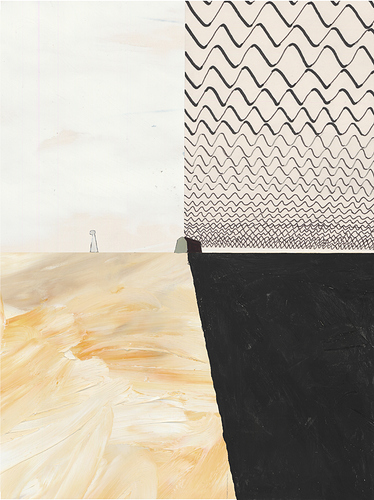 Another time, cyclical time, the time of repetition, rhythm and ritual, is in Lefebvre’s words, experienced “everywhere there is interaction between place, time and an expenditure of energy.”⁴ Cyclical time is an understanding of the universe as a continuum of repeating episodes unbound by the mechanical march forward. Cyclical time is an eternally repeating pattern that appears in nature, which linear, mechanical time simply slices through. With no conceivable beginning nor end, cyclical time embraces the possibility of a reorientation of the self.

By embracing cyclical time, the bodily surface enters a new and constant becoming, unrestricted by mechanical time’s immobilizing future. The infinite cycle harmonizes with the fundamental processes and rituals the body. We undertake this routine on a conscious and unconscious level. Unbound to the time of the “alphabetical age,” the surface and it’s ejected ego can exist as trans-temporal events, neither active nor passive while never allowing itself at any moment to be fixed in a place.

Bodily rituals—bathing, sex, sleep, nourishment, reflection, and labor—are eternal rhythms experienced only in cyclical time and demonstrate the integral influence of repetition on the body. Rather than plucked from history or the vastness of virtual space-time, it is in this time, the cyclical time that is shared by every other body, that the authentic can be found. This is an authenticity that goes beyond the flat bodily surface as image and toward conceiving the body not as politically isolated but as communally bound.

¹ As a result, “the tendency to protect oneself from the future by emphatically insisting on one’s own originality has led, in particular, to a situation in which no one today talks about the new and authentic, whereas everyone talks a great deal about the other.” Boris Groys, On the New (Verso, 2014).
² cf. Nathan Widder, “Matter as simulacrum; Thought as Phantasm: Body as Event.” In: Deleuze and the Body (Edinburgh University Press, 2011)
³ Gilles Deleuze, Cinema 2: The Time-Image (Minneapolis: University of Minnesota Press, 1989).
⁴ Henri Lefebvre, Rhythmanalysis: Space, Time and Everyday Life (London and New York: Continuum, 2004).

Pierre Shaw is an MA student in Architecture at the Royal College of Art. Through writing and design he pursues an interest in the experience of time in the built environment. He was a 2016 fellow at the British Council in 2016.