Supercoversations Day 58: Mohammad Salemy responds to Aaron Schuster ,“You can't Ask Everyone to Behave Ethically Just Like That”

SUPERCOVERSATIONS DAY 58: MOHAMMAD SALEMY RESPONDS TO AARON SCHUSTER ,“YOU CAN’T ASK EVERYONE TO BEHAVE ETHICALLY JUST LIKE THAT” 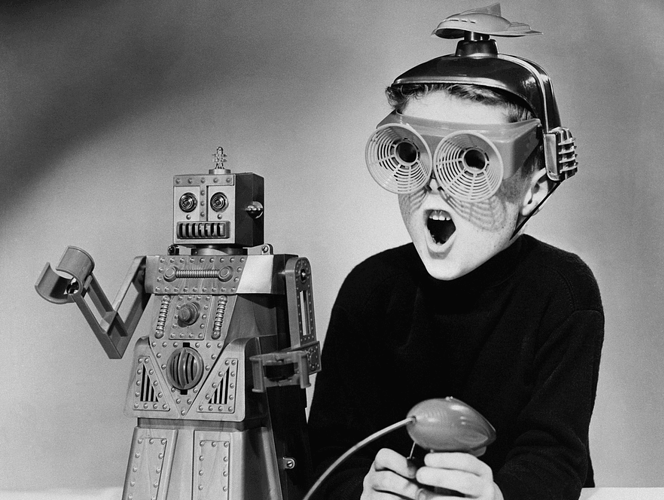 If one takes the publication of MAP (Manifesto for an Accelerationist Politics) as the watershed for the introduction of the new promethean politics, it becomes astonishing how the mainstream account of accelerationism continues to miss the mark on both the form and content of the straightforward propositions put forth by Nick Srnicek and Alex Williams. It also doesn’t help that commentators of accelerationism, mostly a group of smart and highly educated people, for any reason other than protecting their own academic turf or intellectual popularity, continue to misunderstand and, therefore, misrepresent these new sets of ideas. Their often Marxist/leftist brand of anti Accelerationist rhetoric usually combines a number of the following arguments:

What is wrong with these often repeated criticisms is that they measure Accelerationism with a historical stick inherited from the 20th century. They miss its philosophical basis rooted in the way a group of thinkers, defined under the umbrella term of speculative realism, broke with dominant philosophical norms in the past decade and paved the way for the development of what by now should be properly called Left Accelerationism (#LA).

Let’s not forget that even though Srnicek and Williams come from a speculative realist (SR) background, (Nick was one of the founders of the Speculative Heresy blog and Alex contributed to his own philosophical blog titled Splintering Bone Ashes) they had no problems, after the 2008 economic crisis, with shifting their interest from a purely philosophical one to political economy as the result of the insufficiency of the Left’s response to it. These failed attempts on the Left included the Arab spring, the Occupy Wall Street movement and the new student movements around the world. These examples were unable to properly articulate a new generalized, universal, and practical politics for the conditions of the 21st century by valorizing contingent and local action as the only avenue for instigating political change.

You may note that the #Accelerate Manifesto, both in form and content, is also indicative of the limited utility philosophy might have in a crisis situation like that of 2008 and on, hence, the need for a full-fledged turn away from speculative philosophy towards proper political economy. However, it is important to also note that this political turn was filtered mostly through SR: on the positive side, because of their shared emphasis on materiality and the place of technology; and on the negative, through SR’s spectacular failure in offering a new epistemology and the accelerationist demand for one. And yet, SR does offer a way out of Continental theory loops, via the works of Ray Brassier and Reza Negarestani, mostly through their defense of the idea of Enlightenment and reason or what later was called neorationalism.

The accusation that SR is apolitical is unfair and really baseless, not because Brassier and Negarestani directly address political matters directly – because they usually don’t – but rather, because their work has obvious political implications that are ramified through the development of accelerationist thought. In particular, their brand of realism offers a new way of thinking about the political that is not overdetermined and, therefore, limited by: Western anarcho-Marxist cynicism towards government institutions and social planning, the dominant discursive politics of poststructuralism, or the Latourian hegemonic hyper-relativism that insists everything is a network.

More specifically, Brassier was never interested in the mysticism or even nihilist side of the SR. Through his work he pushed the arguments of nihilism over their limit and in the process found ways to synthesize Laruelle’s rigorous materialist immanence with Meillasoux’s speculative materialism, recombining them with his new found interest in Wilfred Sellars’s concepts of the scientific & manifest image.

In contrast, Negarestani’s work is the meeting place for speculation and Charles Sanders Peirce, particularly due to the author’s re-deterministic approach to both the past and future. In a kind of reverse historical materialism with an idealist bent, the notion of the local stands for what we normally call the material and the global for ideal. This approach, in a way, represents the abandonment of the phenomenological binary of time and space, focusing instead on how insides and outsides are constituted through the movement and navigation of thought or cognitive resources of the collective general intellect.

Lastly, another shade of speculative related accelerationism emerges from Suhail Malik’s work on political economy and finance via his interest in the works of Jonathan Nitzan & Shimshon Bichler (http://bnarchives.yorku.ca/). Much of this work results in his massive essay for Collapse Vol. VIII titled “The Ontology of Finance,” in which he argues that acceleration should abandon Marxist notions of labour and production and utilize finance as a constructive technology towards a post capitalist future.

This is why attacking Accelerationism without tending to its philosophical roots not only creates confusion, but further delays a truly critical engagement with promethean politics at the theoretical and practical levels.

As someone affiliated with Accelerationsim through my curatorial practice, I would like to offer a few insights (and perhaps critiques) in order to judge this intellectual movement from within its ranks, and to provide constructive insights on how to move forward from here:

@DADABASE
Thanks for this very helpful and engaged summary of the accelerationism’s political and discursive situation! There’s another frequent point of critique made by people that you could call the “sociologists of deceleration”. The German sociologist Hartmut Rosa is often implied as the president of that delegation although his position towards accelerationism is quite complex. The concern of these people is that the human body will be harmed and destroyed under the banner of accelerationism as has happened to so many bodies at the mercy of political utopias. Accelerationists should engage seriously with that concern instead of either ignoring it or dismissing it as just another example of weak humanism. We should never underestimate the vast amount of care that is needed to support the endurance and survival of those who live under the most fragile and vulnerable conditions. If we look for a theorist that provides helpful and detailed insight into questions of care, endurance, persistance and survival, we should turn our attention towards critical anthropologists with Elizabeth Povinelli as their spearhead. Unfortunately, in mainstream accelerationism these questions are not sufficiently dealt with, but fortunately, the manifesto leaves enough space to take these questions into consideration. Thus, my favorite section is the second one, “Interregnum”, precisely because it stresses the importance of the complex navigation through the actual political reality that needs both theoretical knowledge and practical proficiency. A lot of work still has to be done on this section, without losing sight of the third section that calls for the “springboard… towards post-capitalism” (3.5). Losing contact with the political aim of overcoming capitalism would be tantamount to surrendering to the realpolitik of inevitability (Thatcher’s, Reagan’s and Merkel’s Alternativlosigkeit) instead of putting forward a complex realism of political imagination and phantasia.

Neoliberalism can be defined, from the perspective of philosophical anthropology, as a perverse exploitation of the “indetermination” of the human being, whose flexibility, capacity for reinvention, and underlying precarity are now marshalled in the service of the market. Paradoxically, the very openness meant to combat reification has itself become the object of reification, a vector for the reduction of the human being to a manageable thing—saleable, exchangeable, and disposable. One might say that this reversal is the great corruption of our times, the hijacking of an emancipatory idea into a new form of servitude. But it also teaches an important lesson: that the indetermination of human existence is itself politically indeterminate.

Talking about the difficult, but necessary future of accelerationism, we can substitute indetermination with speed. The danger that even honest and emancipatory accelerationist moves can later be reified and appropriated by capitalist exploitation logic will always remain and we should be wary of fetishizing speed as kitschmarxism fetishized revolution and poststructuralism fetishized indetermination and openness. The corresponding lesson is this: theoretical accelerationism, in order to remain flexible and powerful, has to be politically accelerated. It is in this sense that I understand Mohammad’s important call for the building of new institutions, an unpopular notion that all too often provokes disgust and self-congratulatory laughter among leftists. The lesson tells us: If we don’t try to build powerful leftist institutions that can compete with the vast network of neoliberal economic, political, cultural and military power spanned across the globe, we will irrevocably lose the fight.

Are we ready to learn the lesson?

Instituting our own left accelerated institutions against the vast neoliberal Goo …

Can we get a few ideas on to “mode of emploi” how to do this ?

We can creatively try to do it our selves, I have written about our own artist led space ongoing practice as a way of militancy, resistance and instituting on progress. But neoliberal, best economical supported agents ( curators mainly and some well placed artist too ) keep replicating our strategies and getting highly successful and making almost immediately a zombi of the discourses and strategies we had advanced to emancipate ourselves from them precisely.

Its like a crazy course of cat and dog.

I like to see this game almost as a cartoon, like as soon there is something we deliver, our own instituted methodologies ( are not artist supposed to be some kind of post-fordist entity that works 24/7 in its state of constant creative grace??) here it comes the “clever foxy folk” and gets their super project no one has heard of before ( just like ours at our space ) and introduces it as part of the entertainment machine variants.

I can feel and witness the speed at which we get co-opted as an illustration of how accelerated power, money and massive networks can behave.
The right -or better said the Neoliberal Zombi- that has the money and the power, is pure speed in it self no?

Maybe this is why seems tempting to be become static, still, slow, petrified or just not even be.

Can anyone guide me a bit in to how can we keep at what we do, instituted clearly and strongly, co-optation resistant and separated from the right, from the Goo??