Superconversations Day 85: Keith Higgins responds to Wietske Maas, "The Corruption of the Eye: On Photogenesis and Self-Growing Images"

SUPERCONVERSATIONS DAY 85: KEITH HIGGINS RESPONDS TO WIETSKE MAAS, “THE CORRUPTION OF THE EYE: ON PHOTOGENESIS AND SELF-GROWING IMAGES” 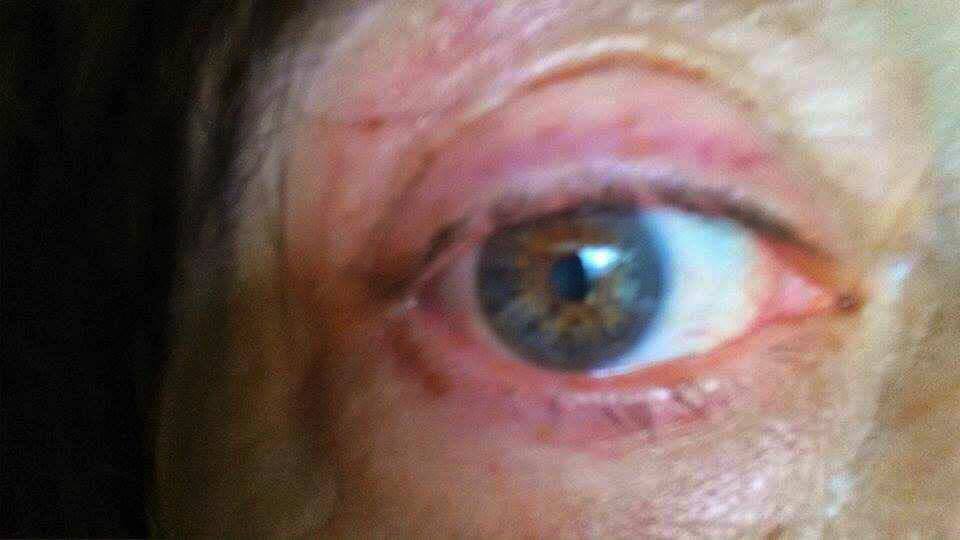 And if thy right eye offend thee, pluck it out,
and cast it from thee: for it is profitable for
thee that one of thy members should perish, and
not that thy whole body should be cast into hell.

Wietske Maas (“The Corruption of the Eye”) helpfully adduces the physical nature of visual perception: rather than an ethereal signal proceeding from the heavens into consciousness, vision is a physical mechanism, where light causes physical changes in the perceiver, a process in some ways comparable to photosynthesis. Perception in turn both affects and is affected by cognitive processes, which at some point are physical processes (at least for those of us who do not subscribe to the idea of a soul which is independent of our bodies). So, the physical and cognitive act of seeing and comprehending an act of corruption, or of seeing and being affected by a traumatic event, is a physical act, one which leaves the physical traces of corruption on a body.

As I write this, Canada is in the midst of a federal election campaign, and also in the midst of the high-profile federal fraud, breach of trust, and bribery trial of Conservative Senator Mike Duffy, potentially implicating staff of the Prime Minister’s Office (PMO), and Prime Minister Stephen Harper himself. It is still conceivable that, in spite of this trial, in spite of consistently poor management of the economy [1], in spite of the enactment of voter-suppressing and secret-police-enabling legislation, that Harper’s Conservative Party will still manage to form a government after the October 19th election. In that case, it may be prudent to prepare new forms of intellectual discourse more concordant with the science-muzzling, information-averse, and library-destroying junta in case it is returned to power. In that spirit, and in the spirit of former PMO Chief-of-Staff Nigel Wright’s testimony at the Duffy trial [2], I will endeavour to rely mainly upon Biblical references in support of my arguments here.

We exist, then, as individuals whose everyday experience is shot through with evidence of this, and other instances, of corruption and apparent corruption. The affect induced by this experience will vary from person to person and time to time; however, disgust and despair are only the most obvious initial responses. One might consider attaching “trigger warnings” to all news items in such circumstances, to prevent the physical penetration of corruption into one’s body by sensory means. Matthew 5:29, quoted above, suggests that plucking out an eye is better than the experience of hell.

However, the corrupting influence of vision, and the anger-inducing and cynicism- and despair-inducing knowledge of corruption cannot be stemmed by removal of one eye, nor should it be. Corruption continues whether it is seen or not; and enters the body by other means. Corruption continues whether we acknowledge the evidence of our eyes. While the dogmatist may be take Matthew 5:29 as permission to cut themselves off from evidence and people they consider unholy, this sort of action stems from a love of simple explanations. To remain faithful to these explanations, the stalwart supporter of Harper’s Conservatives must discount any evidence against their cause.

How long, ye simple ones, will ye love simplicity? and the scorners delight in their scorning, and fools hate knowledge?

To be blind (or partially blind) to corruption will not remove corruption from our lives, although it promises simplicity – albeit a false simplicity, complicated by denial – as a reward. Nearly 30% of the Canadian electorate appears to choose this simplicity, regardless of the actions of the federal government. While the physical changes wrought by visual stimulus, and the knowledge of the corrupt nature of those events, penetrate the body and leave lasting changes, corruption itself does not originate in the senses.

Let no corrupt communication proceed out of your mouth, but that which is good to the use of edifying, that it may minister grace unto the hearers.

Corruption, and the suppression of knowledge (and suppression of cognition) that allows corruption to flourish, originates instead in the speech and actions of the corrupt. The corrupt are allowed to proceed relatively unchallenged due to their power, and due to the weakness and often proportionate corruption of the organized political opposition. And while despair is a real possibility for those of us with intact vision and cognition, for most among us it fortunately remains a transitory phenomenon.

We are troubled on every side, yet not distressed; we are perplexed, but not in despair;
Persecuted, but not forsaken; cast down, but not destroyed

Despair, and other forms of wilful detachment from meaningful resistance to political and economic corruption, are a more potent contagion of corruption than sensory evidence or knowledge of corruption will ever be. Or in the words of Solomon:

A righteous man falling down before the wicked is as a troubled fountain, and a corrupt spring.

[2] In particular, Nigel Wright cited a portion of the Sermon on the Mount to justify his under-the-table payment of Senator Duffy’s disallowed expenses: “‘This is sort of Matthew 6: You should do those things quietly and not let your right hand know what your left is doing,’ he [Wright] told the Ottawa court.”

Keith Higgins is a visual artist, publisher, and veteran manager of artist-run organizations in Vancouver; currently Executive Director of UNIT/PITT Projects; a partner in Publication Studio Vancouver; and a former candidate for public office.