Superconversations Day 80: Michael Turner responds to Maria Lind, "Made to Fit, or The Gathering of the Balloons"

SUPERCONVERSATIONS DAY 80: MICHAEL TURNER RESPONDS TO MARIA LIND, “MADE TO FIT, OR THE GATHERING OF THE BALLOONS” 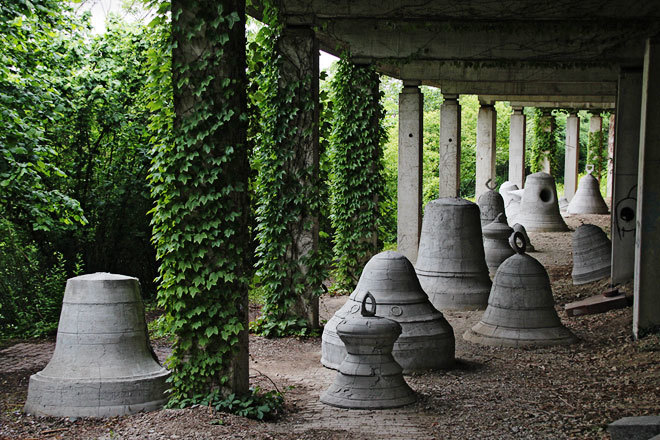 As is the case with a lot of contemporary art, Maria Lind’s text wastes little time presenting the reader with a proposition that entices yet, like a “cheeky balloon” held out for an expectant child, floats off just as quick. Indeed, one does not need to be a balloon to know that “size” is never “set” but “situational,” that “scale” can be manipulated by moving the camera that is our smart phone closer to the object at hand. Following this, Lind releases the requisite binaries (“king of the hill” vs “those already on the playground,” “consolidated” vs “scattered”), only to pause when it comes to “magnitude,” whose antonym, according to powerthesaurus.org, is “smallness,” first, then “insignificance.”

Binaries are resumed in the paragraph that follows. In her discussion of “amplifiers” like the Louis Vuitton Foundation and the Venice Biennale, Lind evokes the tiresome and arguably false distinction between “majors” (“mainstream art institutions”) and the “risk-taking” yet undefined “minors” (artist collectives?), whom the former “unashamedly profit from.” This is a myth that has persisted for some time now, particularly in Vancouver, where state-supported artist-run centres have come to behave like some of Canada’s most moribund public galleries, and where public galleries such as the Vancouver Art Gallery have, since the 1960s, subsidized experiments in contemporary art by pairing them with touring masters.

False premise aside, Lind does have a point to make – a true conclusion, as it were. Yet while I concede that the Louis Vuitton Foundation and the Venice Biennale “stifle the work and spoil its potential,” and the 9th Bienal do Mercosul, the 11th Istanbul Biennial and the 28th Bienal do Sao Paulo “maintain complexity and sophistication, and sometimes even achieve some synergy,” the biennales Lind cites as “successful examples” were mounted between two and seven years ago (2013, 2009 and 2008, respectively). Thus, what is lacking in her static, spatially-oriented text is a consideration of what happens to our thinking with the passage of Time.

Remember Time? Does it ring a bell? I heard Time put nicely three years ago underneath the ivy-pillared Weinberg Terraces at Kassel – an array of unfired clay bells that were part of a larger installation by Adrián Villar Rojas entitled Return the World (2012), commissioned by dOCUMENTA (13). This is an artwork whose material and historical presence immediately struck a chord in me, but it was not until some time later that I recalled in its reverberations other works I had passed while walking to and from it, but also the previous Documenta, which, though unpopular at the time, was as much about Time as it was about what Lind does full-time – curation. Is it any wonder, then, that in our Time-insensitive, instant gratification moment we have grown accustomed to an endless supply of one-note propositional artworks and exhibitions designed to seduce us but not, well, pollinate us with an affection for what Lind refers to as a “different kind of critical mass,” like Supercommunity?

Like many e-flux subscribers, I have done my best to keep up with Supercommunity’s daily posts. But like that earlier version of myself who subscribed to The New Yorker, only to watch its weekly issues pile up in my study unread, I came to resent it for the very reason that Lind is critical of the Louis Vuitton Foundation and the Venice Biennale – “the actual dimensions affecting the work negatively, a growth that entails a homogenization and leveling out.” And yet I say this as someone who knows better, who knows that there is no rush to look at or listen to everything that comes my way in the moment I receive it; that, upon assigning these electronic posts to their own electronic file, I will, over time, return to them.

Or will I? I did not return to those stacks of unread New Yorkers. But nor did I toss them out, either. Just this morning I drove past the hospital whose waiting rooms I took them to, its front lawn covered in dandelions – some of them still yellow. Such a nice metaphor, this plant. Not so much the image of the “dandelion rising up out of the concrete,” as Lind puts it (in relation to Marcuse, no less!), but in the dandelion’s transformation over time: how this plant carries on through its rhizomatic root system, but also through its gone-to-seed head. Dandelion don’t tell no lies/ Dandelion will make you wise/ Tell me if she laughs or cries/ Blow away dandelion.

Yes Michael. There is a creepy form of cultural entropy which takes place with the precarization of information exchange about culture. The process to which I refer is when culture becomes information and information becomes digitized and available 24/7. But we need to be smart and not conflate the negentropic attempts within the same informational processes which are consciously or unconsciously even working hard on reversing this entropy. the fact that a particular set of information is available 24/7 should not automatically categorize it as entropy. I actually think (I could be wrong) this site, along with the supercommunity project, are attempts by e-flux to address the entropic nature of the other arm of their activity which is the dissemination of general information about events and activities in the global art world.