#From Occupation to Movement: Faridabad Workers’ News as a Call to Action
By Ericka Wills 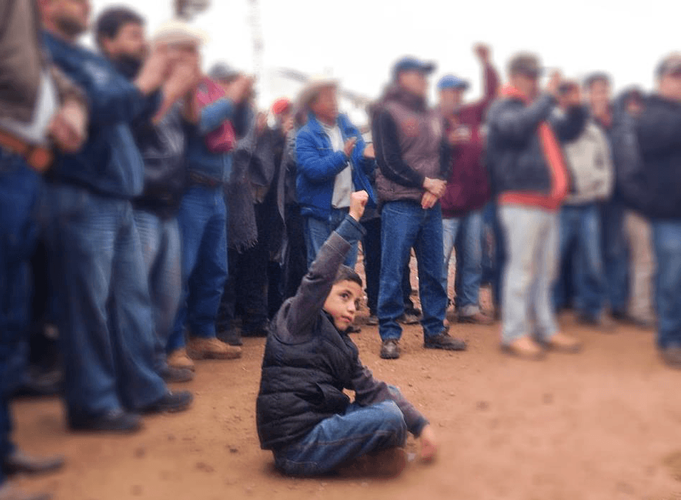 The conflicts across Faridabad mark sites of structural contradictions, where the factories that fueled industrial capitalism are reorganized by neoliberalism. In these institutions, the first battle may be untangling the multitude of faceless corporations that exercise control over working conditions at the factories. These entities profit from the appearance “that factories belong to no one; no one owns them; names keep multiplying in documents.” When strikes swell at these sites, actions often occur with the ephemeral appearance of spontaneity: “There are no leaders; there’s no one to negotiate and come to an agreement with.” Yet, when governments respond to labor unrest with “batons and water canons,” corporeal combat illustrates how neoliberal private property rights undermine workers’ human rights. As Sher Singh and Shveta Sarda amplify local labor struggles to a global audience, how might we situate the events in Faridabad within a context of international labor conflict?

Across diverse locations and varied industries we see similar trends emerging. One million workers in South Africa went on strike in 2007, shutting down public services throughout the country. In 2008, laid-off laborers at Republic Windows and Doors in Chicago took control of their factory. In Hong Kong, five hundred dockworkers brought one of the busiest ports in the world to a halt in 2013. After widespread mine pollution displaced families in 2015, two thousand striking miners, farmers, and community members took control of the water transfer station at Grupo Mexico’s Buenavista copper mine in Cananea, Mexico. After approximately four months, occupiers were ejected by federal troops.

At these sites, “[w]hether alone, or in a cluster, or as a crowd, we become nodes that both relay and occasion the new.” Labor’s challenge is to recognize, appropriate, and counter-hegemonically mobilize the connections already existing between nodes in neoliberal networks. How might we envision individual occupations mobilized in a global movement? What lessons might we learn from Faridabad?

Ram Sagar filed a case with the labor court in 1992, won his case in 1999, but by 2005 was still unable to untangle the “seventeen different companies” that controlled working conditions in his cloth mill. Sagar’s struggle simply to identify his employer illustrates a common problem workers have in making their employers accountable for labor violations. International labor standards addressing wage theft could help this issue. On paychecks the employer must identify itself; workers must be told when they will be paid and how much. In the United States, New York and California have recently passed anti-wage theft laws that address this very problem. The International Labour Organization has also recognized that the answer to the question, “who is the employer” is vital in order to “determine the applicable law, the competent tribunal or jurisdiction, and the applicable collective agreement” when problems arise.

Singh and Sarda’s excerpts from Faridabad Workers’ News speak of multiple factory occupations, strikes, and work stoppages that arrive when a “tipping point” is reached. The cause could be unpaid wages, late paychecks, accidents or something more personal like the “arrogance of an engineer” or the “shortcomings of a director.” The events are interconnected but also atomized–they happen when a few individuals are able to rouse thousands of others to seemingly spontaneous action. Regardless of the catalyst, each labor action must be supported on its own grounds.

The excerpts document multiple occupations, strikes, and work stoppages that, as yet, have not garnered widespread international attention. Connecting workers through cross-border trainings, international meetings, and worker conferences may help illuminate common struggles and raise international awareness of shared problems. Many of the issues documented by Singh and Sarda: safety, accountability, wage theft, inhumane working conditions, and police retaliation are not unique to Faridabad or its workers, but rather conditions by which organizing along commodity chains or among sector facilities may occur.

Singh and Sarda show strikes and occupations that occur when workers are in close physical proximity. Yet workers may be able to simulate proximity through virtual visibility. When technology is available, social media, free livesteam video apps like Meerkat and Periscope, and cell-camera footage may globally communicate the immediacy of action. As Singh and Sarda reference, “The company hemmed in the factory by raising miles and miles of tarpaulin sheets around it.” We must tear down the curtain.

Workers who join the occupations and walkouts in Faridabad are responding to an array of seemingly spontaneous events. But building a movement around these occurrences requires a lasting structural solution. Organizations such as IndustriALL, Workers Uniting, and strategic alliances among labor groups, workers’ centers, and community-based organizations can serve to connect these occurrences and bring people together. Recognizing and embracing the unique forms these movements can take requires insight into the historical and cultural contexts in which workers are motivated to action.

Some Faridabad factories produce consumer goods like garments, scooters, and motorcycles that are sold to individual distributors. While international law can help enforce international labor standards, direct and indirect consumer pressure on purchasers of these goods can help bolster labor standards. Certification programs for these factories, and corresponding pressure on international companies to only purchase certified goods, could speed reform. Bottom line: each and every global consumer has a part in this movement.

Ericka Wills is a Union Labor Educator and an Adjunct Professor of Labor Studies at Los Angeles Trade-Technical College.