Extinction
As the ever more irritable atmosphere slowly simmers on our skin, we find ourselves abuzz, creating. What a time to be alive! From cleverly crayoned placards to auspicious installations – there’s nothing like a little existential peril to foment the bold and new.

Storytelling, too. Great sagas are under assembly, narrative vistas on dizzying scales – grand visions and pyrrhic projects, fantastic dreams and fathomless crimes. We are assembling our age’s mythology.

Hegel and Haussmann, Kant and Comte – are these not now Ancients to us?

We must be careful with the trope of extinction, so frequently is it found in utter misalignment with matters Anthropocenic. It is not, as is often supposed by the more hyperactively eager nihilists,1 life per se that is under threat, nor the human species as such. The tell-tale tremors of moribundity that rumble through our fretful envisagements are threatening technologically vascularised, economically liberalised and geopolitically hegemonised civilisation. Many would celebrate the crumbling of such crushing edifices – some will cheer the razing of all! But most, I hope, fear for the countless lives that such an implosion would take with it.

In any case, mythology, civilisation, history – these monsters are in our midst once again. With a vengeance, one might say.

Optimism
There are those who are wont to luxuriate in the face of terror. What a time to be alive! A bracing chill runs down the spine when contemplating epochs, particularly when amidst the shift. Some foresee greatness, usually for people like themselves; others hold their breath for disaster. There is a certain jouissance to both.

A more even-keeled optimism, befitting of the coming flood, would desist in taking pessimism as its other and find itself, instead, in moral decision.

“Act so that you treat humanity, whether in your own person or in that of another, always as an end and never as a means only.”[2]

Such a shallowly generous Kingdom, inadequate twice over: first, since only humans are admitted; second, because it is populated by transcendental principle rather than political struggle. It elides the torments and travesties of de-scission.[3]

An optimism severed from wilfully naïve expectancy might become that which works[4] towards a kosmos (rather than a kakosmos).[5] We might thus escape the sense of optimum qua preordained destination and instead embrace the need to calculate, to create, to engender speculative optimalities and to negotiate their radical exclusivity.[6]

What is a utopia but a vision of the optimum? But there are so many optima, so many kosmoi![7] 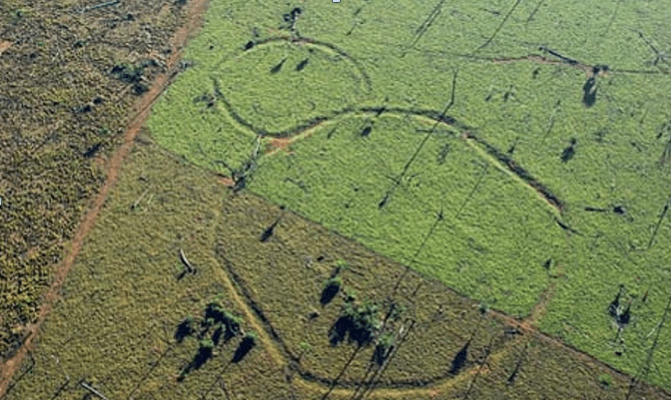 In any case, there can be no optimum, no possible worlds whatsoever, without calculation and decision.

“Whether or not it be for the general good, life is robbery. It is at this point that with life morals become acute. The robber requires justification.”[8]

No amount of techno-economic “decoupling” will change this. There are means and there are ends and decisions will be made. The philosopher’s fiat enshrines nothing – nor the economist’s, nor the ideologue’s.

Austerity
The tightened belt: there is our motif. We have been living beyond our means: our refrain. Austerity: from the Greek austeros meaning ‘bitter’ and ‘harsh.’ The claim: there are more austerities than the neoliberal variety.

The argument that pits bounding Prometheanism against anarcho-primitivism is stupid. Nevertheless, let us not underestimate the deep-seeped assumptions of left-ish eco-austerity: tight belts for all but, nevertheless, tight belts. Certainly, the bitter taste is not always imagined.

Ecomodernism; at base: an Americanised version of ecological modernisation theory.[9] Its more extravagant conceit: that ‘we’ are in charge; that perturbation of the planetary and annihilation of the bodily signify some nascent measure of rational control. 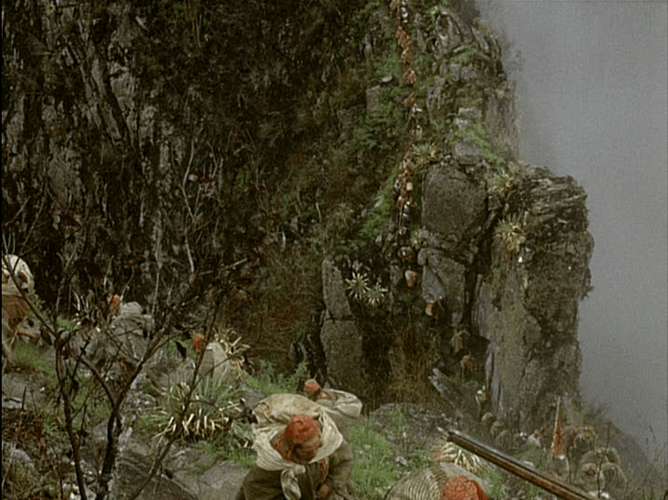 An appalling overstatement, at best.

Let us be clear: there is no mastery without slavery. Any futurism that excuses past and present as ‘unfortunate necessities,’ whether avowedly or implicitly, is worse than worthless.

The robber who invokes ‘humanity’ intends to cheat.

Possibility
Another world is possible. Problem is, this might not be our revolution. We with the carbon footprints—we are the Tsarists with the Bolsheviks at the door! The peat impermafrost will have its revenge… 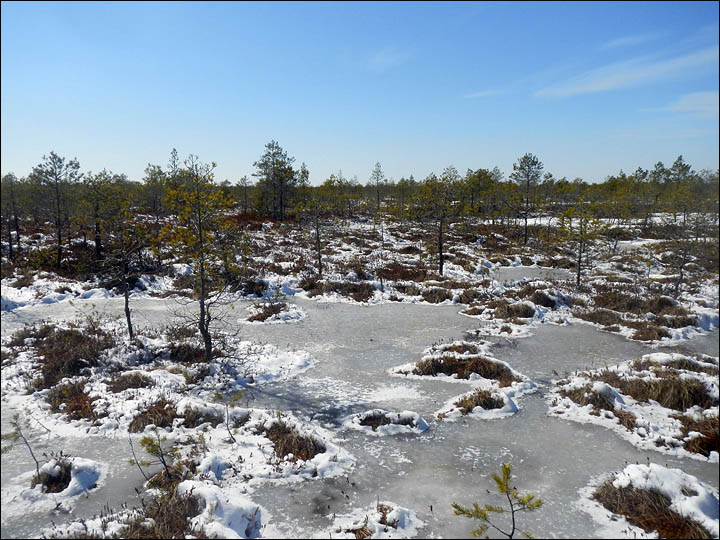 But the door is not down yet. There are always “alternatives to the alternatives.”

Again, we are brought back to questions of discordant optima.[11]

The problem with catastrophism is not its urgent sense of danger, it is its strident sense of pre-determination. “Climate determinism is the alter ego of climate change.”[12]

This we hear, loud and clear: capitalism and civilisation are, in the long (and perhaps not that long) term, incompossible. Needed: not just a possibilism[13] but a compossibilism—what utopias, what kosmoi, what possible worlds might coexist on this misshapen orb? What menageries will not eat each other? What mixtures curdle without exploding? Again, we are brought back to questions of discordant optima. 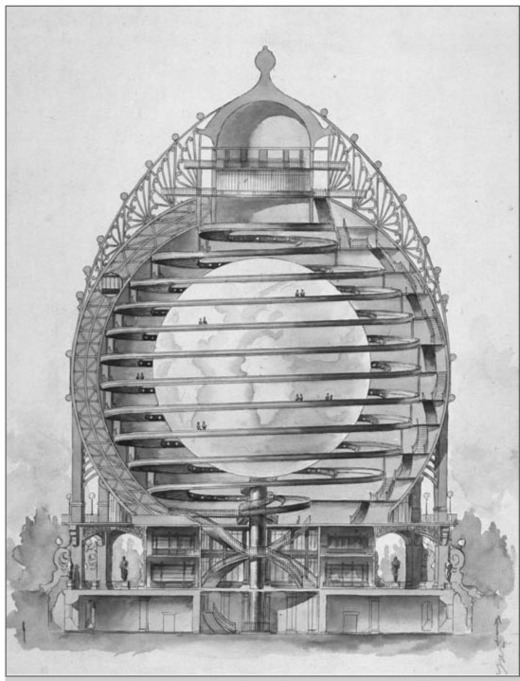 “There are no necessities, but everywhere possibilities; and man, as master of the possibilities, is the judge of their use.” — So wrote a war-weary Frenchman, in the midst of an era of idealism and death (1922).[14]

The prospector who invokes ‘man’ is no less a cheat. Possibilities bud not from pinned down butterflies – from ‘biology’ – but from being in motion. The critique of ‘Technology,’ piously muttered, is a metaphysics of the vainest otiosity. A human without tools is, quite simply, unthinkable.

Metaphysics, cosmology, epistemology. There is no fibre or filament of this world that can be dismissed as mere ‘superstructure.’ The renovation underway is total – space, self and time, no less than aqueducts and railway lines. The phenomenology is, this time, extrospective; the existentialism, radically coexistent.

Modernism was always post-apocalyptic in the sense of the Greek apokalyptein: “uncover, disclose, reveal.”[15] The optimum had been achieved in potentia – rationality! – the rest was working out the equation. No more.

Dust plumes down from the ceilings, saws buzz and scaffolding rattles – a royal racket in full-swing. The renovations are, as with the destruction that provokes them, “already well underway.” The soothing sounds of ecomodernism’s geopolitical minimalism – save the world by changing as little as possible – are, so far, but a distant clanging in a peripheral workhouse.

With the steady, comfortable click-clack-clatter of a train cruising along well-worn rails, it is easy to be lulled into a snoozing complacency. Working out the equation or time out of joint? Thus we cut to the heart of the question of our moment.

Philip Conway is currently a researcher at the University of Bristol. From September 2015, he will be a PhD student at Aberystwyth University (Twitter: @Philip_R_Conway).

“[The] necessary critique of the false optimism peddled by The Breakthrough Institute and their ilk might lead to a rejection of optimism as such”–nice one. I invented the term “dark ecology” and all kinds of people have nicked it and turned it into something nihilistic. Which I didn’t intend at all.