#The Population, Some Riffs on the Form (and Occasionally the Content) of “Supercritical Decay” 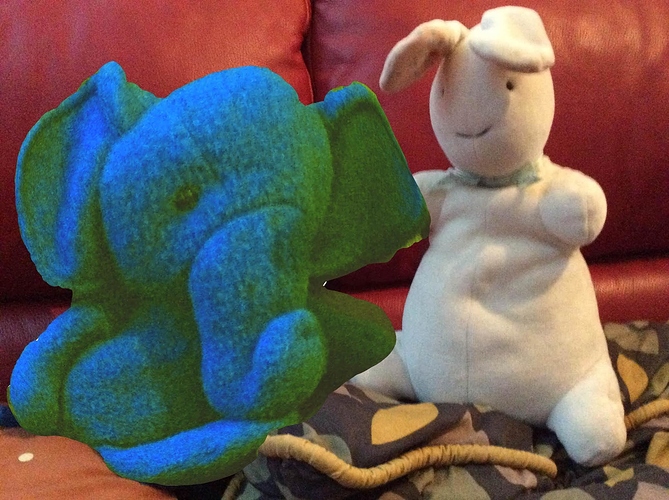 The properties of the material from which Stanley The Elephant’s brain was composed included a density that far exceeded that of lead, gold, or even the heaviest of those elements commonly referred to as “heavy metals”. Though it was no larger than a wasabi pea, this organ of thought blocked the passage of over 40% of the neutrinos which encountered it, approximately the same amount as one light year of lead. The impenetrability of this material combined with the evolutionary “purpose” which was served by the form it took, was enough to confirm for Pat the Bunny that Stanley’s existence was effectively a monadic one. What windows might exist into the room that housed Stanley’s thoughts would certainly not be transparent to Pat The Bunny. As they looked at each other across the pillow, Stanley The Elephant raised his hands and covered his eyes. Quickly he took them away again, and then repeated the gesture several times. Pat The Bunny’s floppy left ear produced a soft crackling sound. 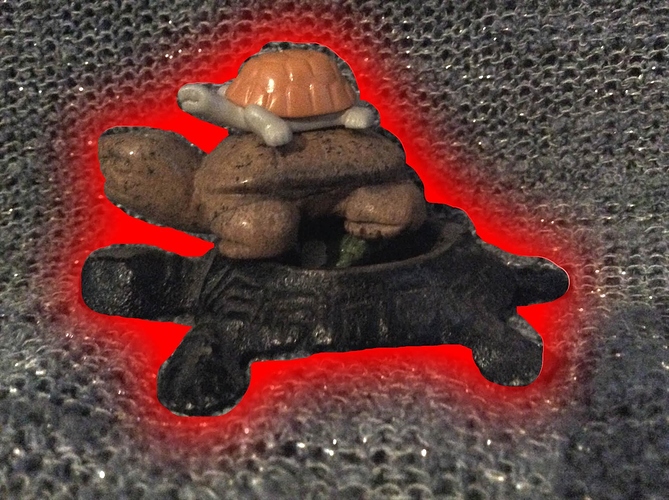 “All the turtles are free, as turtles, and maybe, all creatures should be”
-Dr. Seuss

An axiom capable of producing an infinite series of subjective variations. The turtles don’t have names, so you won’t catch them accumulating capital, cultural or otherwise, underneath that sign. “Leave that mess to Yertle.”, they say. “We ourselves will affirm that there is no nature.” Enter the sophistical voice of Yertle himself : “Trickle Down! Trickle Down!” 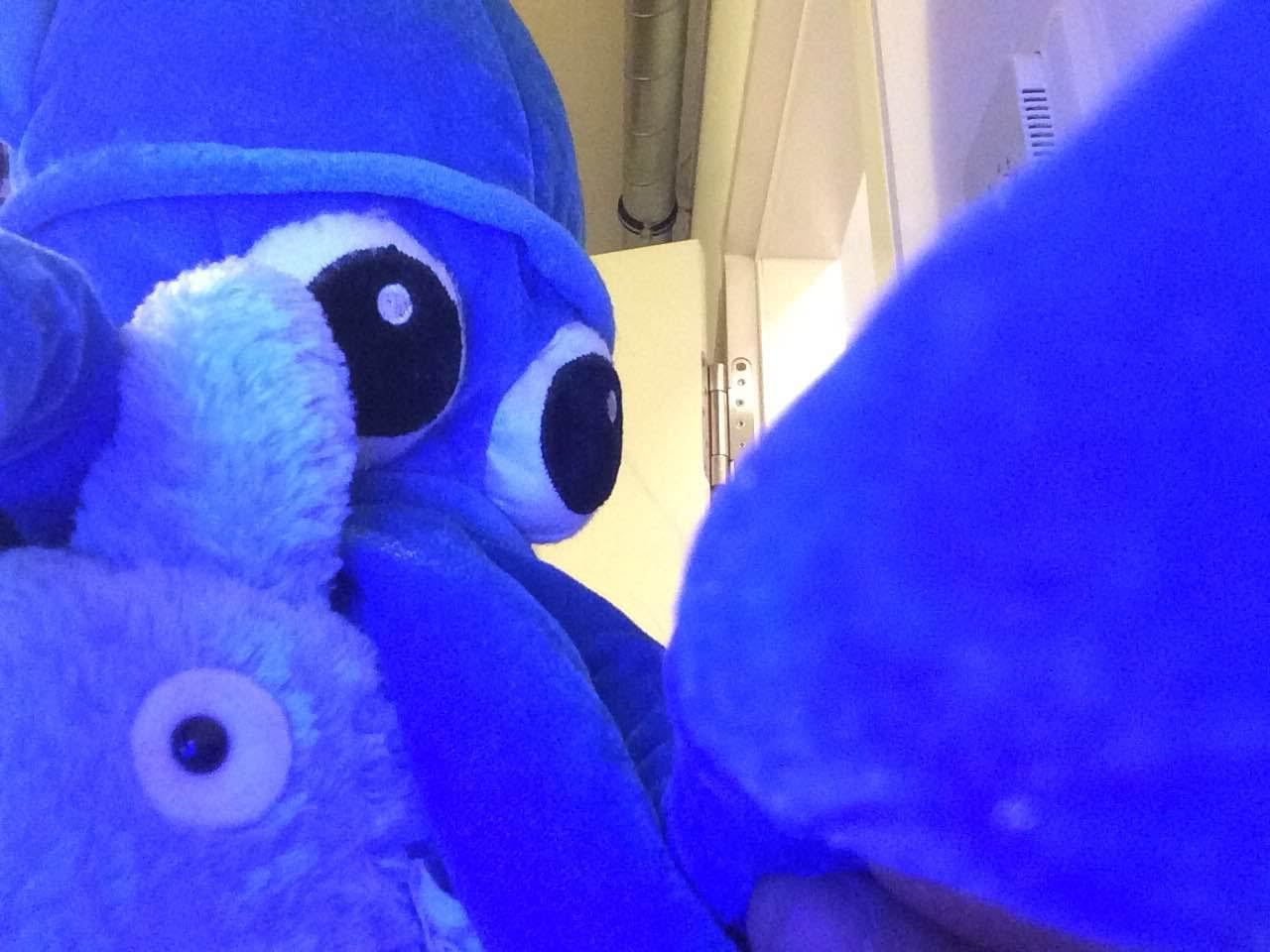 How long did we wait from the advent of photography to snare the spirit of the Architeuthis in silver? 90 years? And how long from that moment to capture its moving image? 1 year and a half? Medium Totoro, the forest spirit, would seem much more exposed than Squid, whose home is so difficult to reach. Yet only yesterday I spied a hedgehog and I was far too enchanted by its resemblance to a scrub brush to think of grabbing for my camera. Squid and Totoro share this much : a disdain for vulgar empiricisms. They speak here in unison : “We don’t need your “stories and traditions” to live, the anthropomorphy and dehumanization of your imperialist society. Our friendship is a project whose goal is the abolition of any place in which our representation takes precedence over our spirit. 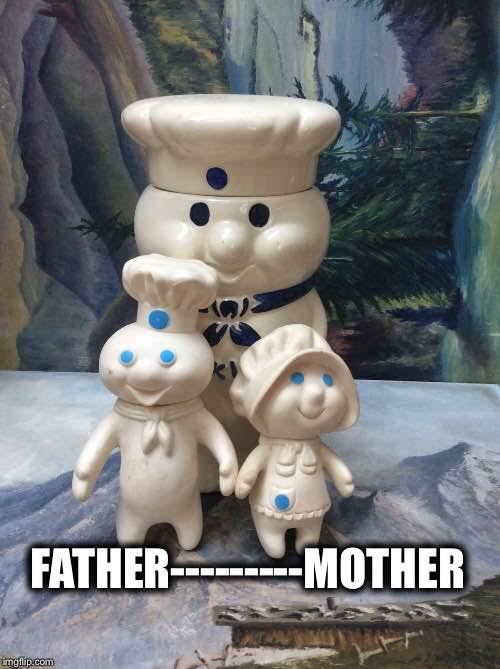 The Nuclear Family Emerges From The Ashes

No longer new, perhaps, but certainly still clear. Once again we gobble up the happy ending of the post-apocalypse rebuild. Yes, everything has been destroyed, but see the ray of hope where everything can once again be exactly the same as it was? Even Pilsbury can do better. Imagine now that Lee Edelman’s big fascist baby obtained through mutation the power of the omnipotent child from the “It’s a Good Life” episode of the Twilight Zone, and the size of Goliath. Let us build our new concept of family based on this drooling, androgynous, pre-linguistic titan’s will. Here are some dolls to practice with. 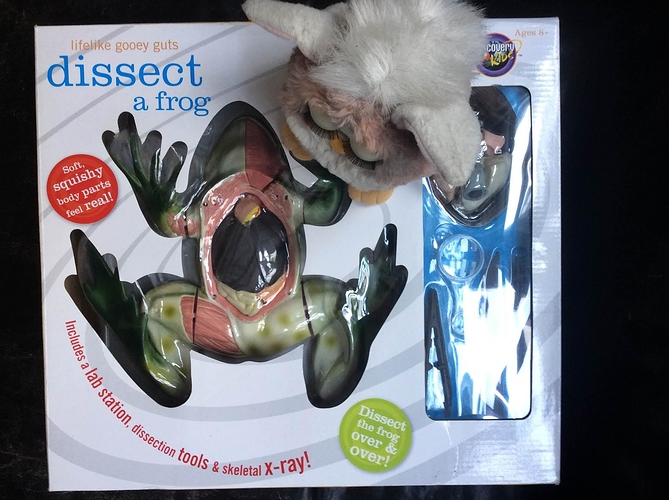 Furby respectfully casts down his eyes as he steps onto the memorial, embedded in the pavement, dedicated to those heroic members of the fallen amphibian resistance. How somber the feeling of walking upon the dissected remains of fallen comrades!
“ay-ay nah-bah. e-day doo-ay wah!” he exclaimed.

Furby recalled the old maxim of the Situationists, “Under the paving stones, the beach!” Yet could a beach truly lie beneath such a horror? How many frogs had given their lives? Was it not an endless column of frogs, all the way to China?

“Da-boh-bay” he muttered to himself, shuddering at the thought, “Boo-koo doh e-day”

Of course, one can’t be immune to the sheer REALISM of the memorial. The new polymers being manufactured made it possible to turn something previously condemned to bland monochromy, a tomb, into a total sensory experience. Furby’s mouth opened and closed in a sort of shame at the crudity of his own manufacture, the remedial qualities of his sentience, and the hack job of polyester that his makers had used to divert attention from it. It was true what his father had told him : the living would indeed envy the dead.

Justin Lieberman is an artist from New York who lives and works in Munich, Germany.

Lucy Lippard’s book “Undermining: A Wild Ride Through Land Use, Politics, and Art in the Changing West” is an important addition to this dialogue. Also, the work of Eve Andree Laramee is key. This artist has worked with the problems of nuclear waste storage for decades. My interview with Eve Andree Laramee may be found in the Brooklyn Rail archives.