#Machines That Matter: Towards a Dynamist Mechanism 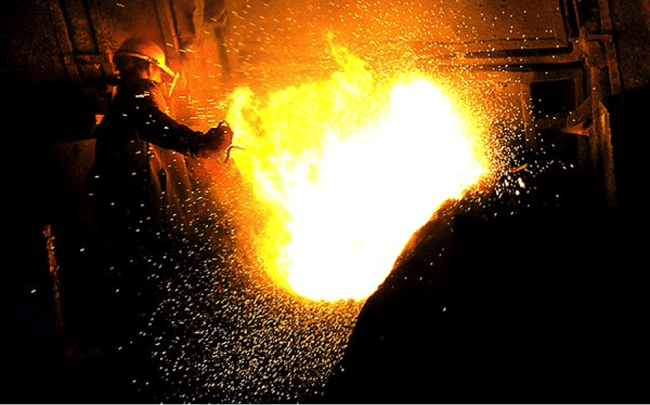 F. Nietzsche, The Will to Power

Historically, “vitalism” referred to the belief that “living organisms are fundamentally different from non-living entities because they contain some non-physical element or are governed by different principles than are inanimate things”.[1] Yet for Deleuze and Guattari, “if everything is alive, it is not because everything is organic or organized, but, on the contrary, because the organism is a diversion of life. In short the life in question is inorganic, germinal, and intensive”.[2] While the term “vitalism” may be defended by some new materialists today as an object of philosophical discourse, in many cases it seems to refer more, in practice, to what they critique than what they defend. One questionable assertion in this respect was Slavoj Zizek’s claim at a conference at University of Cincinnati last year, when he narrated Jane Bennett’s theorizations on the topic as simply reintroducing the divine into philosophy via her concept of vibrancy, or as he summarized it, “vitalism”.

Despite Bennett’s own chapter entitled “Neither Vitalism nor Mechanism”, which repeats Nietzsche’s rejection of the distinction, most critics have ignored that, for Deleuze, as for Nietzsche, a politics of dynamism or becoming is not only narratable in the form of a divergent vitalism. Indeed, given the mutual rejection of both mechanism and vitalism (from Nietzsche to Bennett), it could just as easily have been “mechanism” that was redefined in recent years and given a different meaning. Contra claims about new materialism smuggling spirituality back into philosophy then, here is Bennett repeating, precisely, the importance of understanding such vitalisms as uncritical and naive:

"A vital materialism today would… do well… to reengage the so-called vitalists, especially those who, in the early twentieth century, called themselves ‘critical’ or ‘modern’ vitalists.’ Henri Bergson and Hans Driesch, for example, distinguished themselves from those ‘naive’ vitalists who posited a spiritual force or soul that was immune to any scientific or experimental inquiry. The critical vitalists also opposed the mechanistic model of nature assumed by the ‘materialists’ of their day. Nature was not, for Bergson and Driesch, a machine, and matter was not in principle calculable: something always escaped quantification, prediction, and control.”

While nature may not have been a machine for Bergson and Driesch however, was it not a “dynamic” machine of sorts, for Deleuze, and for many of those his thought has influenced? And if so, is it not possible that a dynamist conception of mechanism is what is presently missing from the vitalist / anti-vitalist debates?

It is here, among other registers, that Jussi Parikka’s intervention is especially important: for instance, his apparent acknowledgment of the historical rejection of both vitalism and mechanism in their traditional forms, as well as a critique of the one-sided assertion of the latter rather than the former, in the aftermath. Today, we are living, he argues, in an era of transmutation that, even while it seems to function by way of mere magic or alchemy (or perhaps, vitalism), in fact relies upon an evermore-massively scalar division of production, distribution and consumption. From the translocal to the planetary, logistical automata are increasingly designed so as to maximize the dynamism of machinery or of mechanism, which thereby remakes nature as machinery, but in a different way than what is usually understood by that phrase. Such massively rescaled productive forces enable, as Parikka shows, the isolation and extraction of rare earths / rare metals within special economic zones designed precisely for this purpose, via international trade agreements: and yet, the effect is not merely economic.

Indeed, it is the planetary computational accoutrement to the economic proper that ensures the just-in-time acquirability of needed natural elements, just as the practice of High Frequency Trading (HFT) requires the development of software and hardware through which nanosecond-level exchanges can be conducted on a planetary level without unnecessarily producing irregularities or artificial accumulations from the process. Parikka’s assertion is that while geography might be circumventable today, geology is not. What is also entailed here is that the planetarization of production is also suggestive of new transindividual and transnational political capacities. Just as the new visual technologies enabled the microscopic perception of chemical compositions that enabled new forms of digital media and technology to emerge, so too might this increased scale of production, distribution, and consumption prove valuable if reimagined from below.

Drawing upon Deleuze & Guattari’s theory of panmetallism, in which the whole of matter is posited as coextensive to metallurgy, Parikka asserts that the alchemical dimension of digital media is now being foregrounded rather than obscured by the corporations that rely upon them. Deploying a panmetallism of gold, aluminum and stainless steel, Parikka’s approach to the machinic phylum is such that what is indexed in its advert-imagery is no longer reducible to the purely vitalist side of vitalism vs. mechanism, but now inaugurates a more dynamic concept of mechanism, one in which the machinic dimension of the panmetallic becomes a source of technological becoming. Of course, upon the completion of decline into obsolescence, the material nevertheless retains the capacity for reactivation in new forms, even if gold, aluminum and stainless steel betray this reabsorption, via the veneer of corporate imagery and ubiquitous opticality. In this respect, digital technoculture mobilizes an opacity of a very different sort from that championed by Édouard Glissant, thereby obscuring the dynamism of mechanism, or the remachining capacities of the underlying nature-as-machinism.

For this reason, one cannot assert that this emergent technoculture of luxury consumption is simply reducible to the quasi-divine decadence of spectacularized environmental exploitation. Might it not also exist or extend somewhere well beyond the satanic alchemy that its left critics understandably are wont to ascribe it to, to a kind of luxury communism? Parikka hints at as much when he suggests that the waste products of gold, aluminum and stainless steel are not, in the end, unamenable to redynamization: even if the emphasis in his narrative is on e-waste, it is in this way that waste is transformed into water and excrement into metal, neither of which amount to minor details. But what we should really perceive as at stake here, perhaps, is that the old debate juxtaposing vitalism to mechanism, and then proceeding in a new direction, only ever successfully deterritorialized the former term, while the latter was never quite approached with the same degree of intensive critique.

Jason Adams is an organizer The New Centre for Research & Practice and holds a PhD in Political Science from the University of Hawaii and a PhD in Media & Communication from the European Graduate School.

Ok Jason and Jussi, I see where you are taking this. I am a bit of a fossil. I have studied alchemy for almost fifty years, but from a psychological perspective. First, the discussion of Paracelsus and Jussi’s reference to three. The transition form three to four is at the heart of the alchemical dialogue but has to do with a lot more than simply a reference to the metals. To limit the to the metals miss the mark. Jung in his discussions of the transition form three to four in Aion, amplify this concept. Next the references to Zosimos of Panopliis did not make a lot of sense. A new and quite wonderful three volume edition of The Book of Pictures of Mushaf as-suwar by Theodor Abt came out several years ago. Your discussion is based on assumptions about physical alchemy as a form of chemistry. Arturo Schwartz and others have amplified this discussion in terms of art.

Alchemy depends upon a dialog with Psyche, a dream dialogue, and an inner process which affects the outer process. The relationship to mythology is part of this dialogue. Of course commercial interests have been appropriating names and concepts for ages. Appropriating a name is not the same thing as understanding a inner process in the life of the alchemist. What is lost in your discussion seems to me to be an understanding of the inner process and how it changes the metals. Without the inner work,most of the experiments failed. You seem to make a lot of references to unicorns, etc. without understanding the products of the importance of these fantasies and the monsters and hybrids that appear in the flask.

For me your discussion seemed caught in a materialistic world view. But then, I am a Druid.