Superconversations Day 54: Dana Kopel responds to Showkat Kathjoo, "The Memory of a Deluge and the Surface of Water"

SUPERCONVERSATIONS DAY 54: DANA KOPEL RESPONDS TO SHOWKAT KATHJOO, “THE MEMORY OF A DELUGE AND THE SURFACE OF WATER” 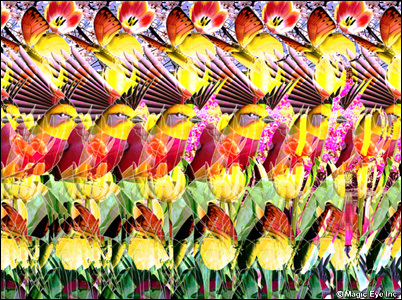 In the short stories written by students from the Art College at Srinagar, things frequently exhibit magical properties. A child’s toy instrument is transformed into a sitar, and then transforms the newborns whose ears it’s played into (Khurshid Mushtaq Ali); a pair of shoes confers royalty on whoever wears them (Irfan Butt); a dusty box in the attic grants wishes, making other things—candies, cupcakes, puppies—materialize (Maria Fayaz); a century-old cell phone makes calls to the dead, without even knowing their phone numbers (Sumaira Majeed). These objects are powerful: they transcend laws of time and space, transforming and affecting people, responding to the desires and concerns of those who encounter them. And they are vulnerable: subject to theft, damage, and most palpably to the destruction wrought by the deluge in Kashmir in September 2014, as Kathjoo writes in his introduction to the students’ writings. Amidst its massive devastation, the flooding destroyed much of the Art College and the students’ work within it, and the magic objects that appear as protagonists in their stories compensate for these losses with a supernatural resilience.

The effects and affects of things in the stories point to both folkloric or animist traditions and more recent realist or anti-correlationist philosophies. These new realisms, primarily falling under the headings of speculative realism and object oriented ontology, reject the notion that things only exist as they are understood in correlation to the (human) mind—and its underlying presumption that human access is the center of being, that only humans or perhaps living organisms possess agency. In contrast, new realist philosophies posit that objects all exist equally. Importantly, in this formulation everything is an object—not only common, physical objects, but humans, concepts, atoms, abstractions, and the relations between them as well. Relations exist between objects, yet objects remain inaccessible to each other, never fully knowable.

But what to make of objects whose properties and relations are magical, decidedly unreal? Philosophy constitutes itself in opposition to magic; realism and rationality are understood to be incompatible with the inexplicable, unpredictable nature of wish-granting boxes, immortal apples who long for death, and other supernatural phenomena. While OOO and SR point towards a universe in which everything exists, the objects in these stories press further, insisting upon their own agency, centrality and unknowability. They are magic objects; they constitute miniature universes in which the tragedies and commonplaces of the “real” are constantly displaced by the possibility of unexpected transformation. Isabelle Stengers argues that magic, and the space of possibility it opens, needs to be taken seriously: we need to “relieve ourselves of the sad, monotonous little critical or reflexive voice whispering that we should not accept being mystified,” in order to implicate ourselves in relations outside normalized codes. She writes:

“Can the proposition that magic designates both a craft of assemblages and their particular transformative efficacy help us to reclaim it from both the safety of the metaphoric and the stigma of the supernatural? Can it help us to feel instead that nothing in nature is ‘natural’? Can it induce us to consider new transversal connections, resisting all reduction, unlike this sad term ‘natural,’ which in fact means ‘no trespassing: available for scientific explanation only,’ and also unlike ‘the symbolic,’ which covers about everything else?”

Magic objects, then, offer an escape from the codified, knowable real, but one grounded in the reality of tangible things and the relations between them. They are magic not because of some illusionistic quality—that they are not, or something more than, what they seem—but because they possess supernatural abilities, affective and material capabilities literally beyond nature.

The de-centering of the human and the rejection of the centrality of human understanding in anti-correlationist realisms facilitate a move from a binary framework of human (dynamic) vs nature (static) towards a more equal, object-oriented understanding of human and non-human things in relation with one another. But if we can’t see relations between objects, if we can’t access objects directly—as the new realist thinkers argue—who’s to say that objects themselves correspond to laws of gravity or matter (laws the objects in these stories easily flout), to our limited human-centric forms of knowledge? Why can’t objects be magic?

Dana Kopel is a curator and writer currently based in Kassel, Germany, and Elizaville, NY. She is an MA candidate at the Center for Curatorial Studies, Bard College. Recent exhibitions include “Care” (Interstate Projects, Brooklyn), “Sol Sistere” (TEMP, NY), and the Maldives Pavilion at the 55th Venice Biennale, for which she was an assistant curator. Her writing appears or is forthcoming in the Brooklyn Rail, Modern Painters, Gauss PDF, and elsewhere.