#Leaving An Art World: Transgression and Its Limits 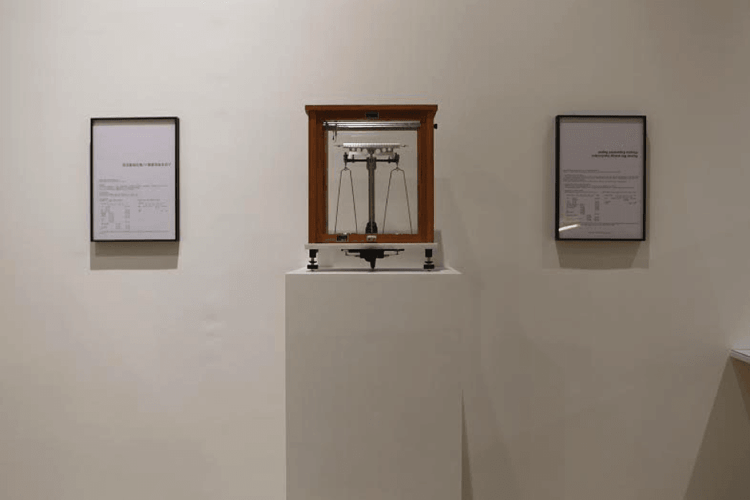 What does it mean to leave an art world? There is something poetic in the destruction of an entire body of work at the moment when recognition - critical, commercial, institutional or otherwise - is obtained. It speaks to a specific relationship to history and historicization, but also to a self-conscious positioning within an avant-garde that reveals the horizons of its possibilities, the limits of transgression and the boundaries of a community’s expectations. The myriad departures and renunciations that mark Qian Weikang and the New Measurement Group’s careers as individuals and as a group sketch not only the bounds of China’s mainstream art world but also the parameters of its avant-garde. While Qian and the New Measurement Group’s provocations were contemporaneously overlooked by many within China, their refusal of the self-conscious forms of being a contemporary artist within a domestic avant-garde, an increasingly marketized cultural sphere and, finally, within a global transnational environment demonstrates a persistent resistance to instrumentality and the collective and social life it sustains.

In the late 1980s and early 1990s, painting remained the predominant mode of expression for both the mainstream and avant-garde in China. Qian Weikang and the New Measurement Group perceived production as form and investigated the way in which the individual emerges within systems of thought, cognition, governance and production. Their works display a specific relationship to materiality that sought to examine individuality through the practical implements and materials of a technologically mediated, rationalized society. Developed according to strict formulae, their works utilized numerical measurements to ground artistic processes in an language of equivalency that achieved, for Qian, an abstraction of the individual artist in mechanical processes, and, for the New Measurement Group, in social regulation. The works that resulted often resembled geometry proofs, technical instructions or the experiments of an amateur scientist to a greater degree than works of art. Their use of quotidian objects - rulers, pen, plain A4 paper, chalk, copper wire, cotton cloth - to construct highly rational compositions signaled a material and stylistic departure from the conventional forms of expressionistic and sentimental painting.

For the New Measurement Group, the heightened emphasis on authorship and the individual artist in the avant-garde further motivated their exploration of a collective practice that subsumed individual expression. The five works they created between 1991 and 1995 - one each in 1991 and 1993 and three in 1995 - resulted from a highly regulated creative process that reduced artists’ activity to a series of prescribed actions. In Analysis II and Works 3,4 and 5, the group adopted a grid format to further eliminate individual traces. In these works, each artists was assigned a letter (A1, A2, and A3) and selected a source image - a drawing, photographic portrait, culinary recipe, correspondence - that was then fragmented within the grid. A complicated fifteen-step process combined each artists’ source material into a new, composite images by removing certain squares and inserting others. Repeated recombination of these squares produced an increasingly complex composite image. The final result was a single aggregate picture of scrambled source material. While the implementation of a set rules, actions and tools erased all traces of the individual, the incomprehensibility of the image coupled with the works’ presentation in book format challenged the conventions of viewership and representation.

The most noticeable transformation within China’s cultural sphere in the 1990s was its marketization and globalization. The global market and transnational art world introduced alternative cultural systems and mainstreams, but also placed new pressures on identifiably Chinese symbols and practices. The experience of exhibiting abroad and of welcoming international curators to China in 1995 and 1996 catalyzed Qian and the New Measurement Group’s reconsideration of their practice and ultimate withdrawal from contemporary artmaking. Qian’s dissatisfaction with the self-styled contemporary art world registered in a toilet’s throaty flush and the flash of cosmetics ad in first mounts of his final work, a thirty minute video called Breathe, Breathe (1996). From 1990 to 1996, Qian Weikang’s works demonstrate a distinct interest in capturing physical change in quotidian objects. Qian’s earliest works explore the idea of free fall (luoti) and can be seen in the tumbling slips of paper transformed into poetry in Ladder Poem (1990) or the fallen gypsum powder on sheet metal in the White Amount series (1993-1994). In late 1994, Qian’s attention turned to organic conversions within the body. Human Bio-Energy Input/Output Physics Experiment (1994) recorded the food Qian digested during a sixteen hour period. The intention was to distinguish man from machine through the quantitative difference between the weighted mass consumed and excreted. Although the toilet’s audible presence would seem to signify a return to this theme, Breathe, Breathe turned its lens on advertisements, television programs and public perception at the moment when a technology-aided mass consumer culture took root in China. The transformation of popular culture into a field of hyper-symbolic monetized signs, and, with it, of identifiably Chinese characteristics within the global transnational, compromised the communicative potency of the visual for Qian. Unwilling to produce work that necessarily would be mediated by the market or by curatorial agenda, he left the art world in September 1996. In a similar manner and a little over a year prior in August 1995, the New Measurement Group decided by a majority vote of 2 to 1 to disband. They had been offered a prominent show at a museum in New York. They opted to disperse rather than participate in an exhibition whose scale and visibility they determined would implicitly forfeit the collectivity of their authorship and unconventionality of their artistic and practical approach. Deciding that they had achieved practically what they had wanted to, the group disbanded and destroyed all records of their works shortly thereafter. 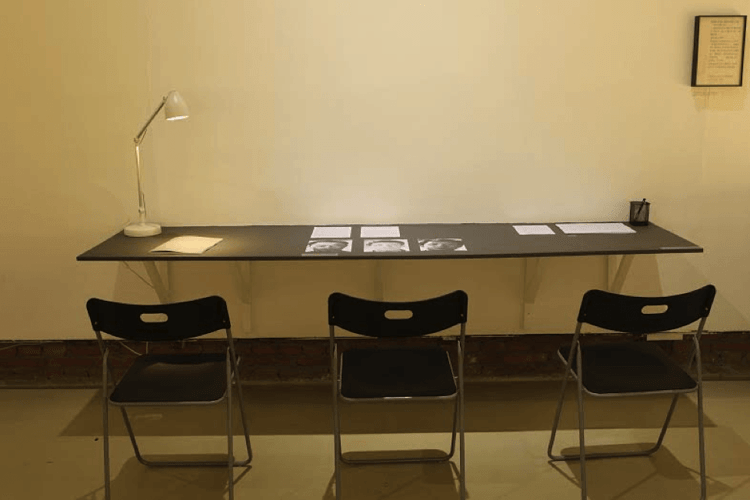 Qian and the New Measurement Group’s choice of materials and methods can be understood as a restless refusal of an artistic mainstream. The ambivalent, but cooperative, relationship that all four artists - Qian Weikang, Chen Shaoping, Gu Dexin and Wang Luyan - seem to have maintained towards their retrospective shows at OCAT Shenzhen earlier this year seems to suggest a continued restiveness towards the center and its centripetal pull, which begs the question: can one ever leave the art world and what would it look like if you could? The doubleness of questioning a mainstream, with its inflection on the conventions, assumptions and boundaries of the mainstream’s margins and center, is just as important today as it was twenty years ago. Awareness of our own limitations is often ushered in with the recognized capacity for resistance and refusal. So perhaps, the more cogent question remains: why is leaving the art world so exciting to the art world?

Katherine Grube is a PhD Candidate at New York University. She received the 2013 Asia Art Archive-Robert HN Ho China Research Grant and is currently a Fulbright Scholar at Peking University.

Gu Dexin is an artist who’s very close to my heart, though I know Qian’s work less well; I still remember seeing this exhibition while still in school. What’s always struck me about his work is that he is known for his visceral, meat-based installations (100 kilograms of beef in hot Venice summer) and also his collective, geometric instructions (Tactile Sensation Group, New Measurement Group). I’ve always wondered about the continuity of meat and thought for him, and in particular his relation—known to be a kind, playful man—to the violence that obsessed him. In this respect I’ve often thought of his work in relation to Mike Kelley’s, focusing above all on his ultimate interest in cognition through the hoary mess of everyday experience—whether that’s lunch meat or pop culture.

Here’s a thought from Wang Luyan in his description of the New Measurement Group (my translation):

The empiricist intuition characteristic of China’s traditional epistemology and the irrational elements of Western modern culture doubly bind the modern Chinese artist, both making them unable to transcend personal experience, and confronting them with a strange, disordered and single universe; the absurdity of any identity forces Chinese modern artists into an endless backwards loop, a method of “escape.” Computers and the International Space Station have already become the only real material condition of constructing the human spirit.

He then goes on to say how artists have to exit “self-reflection” and move towards “self-discipline.” I think that it’s interesting how he’s already thinking in terms of this classic contemporary art problematic of exit/escape: how do you leave an ideology, a self, a world?

Anytime you try and exit, you end up back in the same room, since institutions love the attempt to exit—is it psychologizing to say that it’s like people getting hotter when they play hard to get? And so, Hsieh Teh-Ching is still lecturing on his art thirty years after he more or less stopped doing it. The dramatic announced exit, as far as I can tell, ensures your permanent ensnarement in contemporary art, just like dying does—particularly suicide or an early death.

As far as I can tell, the only way to truly exit is to continue to make the work you’re known for, but make it progressively worse, so that you’re (not quite forgotten but) only vaguely recalled.