#Nothing Universal is Human To Me 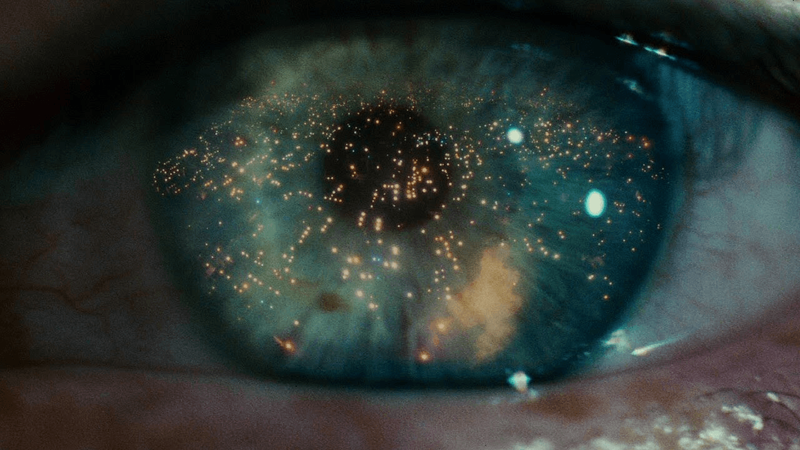 Whether it is presented in organic or technological form, the ontological juxtaposition of the human and the alien is one of the most commonly-repeated motifs in science fiction film: whether via good humans vs. evil aliens, or evil humans vs. good aliens, such films moralize geography as much as they securitize subjectivity. However, consider two exceptions: Christopher Nolan’s Interstellar and Ridley Scott’s Blade Runner. In the former, the figure of the alien is always-already human, while in the latter, the figure of the human is always already-alien. While the two narrative choices might seem essentially interchangeable, there are important differences.

Keti Chukhrov’s contribution is best read as of the Interstellar type. She engages the figures of the alien and the human via an opposition between accelerationism, speculative realism, and object-oriented ontology on one hand, and Marxism, humanism, and cosmism on the other. The figure of the alien is placed on the former side in her narrative, while that of the human is ascribed to the latter. And, while Kant and Hegel are narrated as embracing the “inhumanness within humanness”, ACC/SR/OOO is said to posit alienation as something that must be endured beyond the human entirely, since the human is incapable of encountering the alien from within the human, as remains possible in Kant and Hegel.

Such a claim seems a strange one to attach to an assemblage of recent philosophical developments concerned specifically with rejecting correlationist assertions about what can and cannot be grasped by humans. Does Chukhrov mean to say, rather, that for ACC/SR/OOO, the noumenal is inaccessible to the phenomenal subject, which must rely instead, upon reason, mathematics, carbon-dating, and other abstractions? And if so, is this not also the case for Kant and Hegel? The fact that Reza Negerastani’s concept of the “inhuman”, (http://www.e-flux.com/journal/the-labor-of-the-inhuman-part-i-human/) for instance, supports neither Chukhrov’s rhetorical choice nor the distinction it is attached to, would seem to deepen the stakes of answering these queries properly.

Indeed, it may even be worth recalling here Kant’s assertion that the “terrestrial rational being” cannot be characterized in any ultimate manner due to humanity’s not having encountered “nonterrestrial rational beings” against which they could be compared, and thus defined in the first place. Pushing further, does it not follow that it is Blade Runner’s rather than Interstellar’s ontology that holds more strongly - in other words, that the human is itself best understood as the alien? And if the alien is that which belongs to the foreign rather than to one’s own subjectivity, shouldn’t scaling up to the most universal level possible make the ontology of alien-as-human impossible?

Even if a conventional neo-Kantian reader might well disagree, it would seem at least potentially to be the case for a modified, post-Kantian monism in which - as in all monisms - no second substance is admitted. Chukhrov’s neo-humanist account of cosmism as Spinozist, in contrast, frames it as a project of de-alienation, defined as the abolition of surplus value and the division of labor as much as the abolition of the conceptual/empirical and ideal/material distinctions. Cosmist neo-humanism, she suggests, rejects ACC/SR/OOO’s Blade Runner ontology - but doesn’t Chukhrov’s monism already imply that the human itself is a singularity amongst singularities, all of which derive from a single, decidedly non-human substance?

While many of those associated with ACC/SR/OOO might distance themselves from Spinozist approaches, a radical immanentism remains pervasive, one that, in several instances, appears as an endorsement not only for the usefulness of cosmism today, as in Robin Mackay and Armen Avenassian’s edited collection #Accelerate: The Accelerationist Reader or Nick Srnicek & Alex Williams’ forthcoming Inventing the Future, but also for precisely what Chukhrov disavows: radical immanentism as the ontological foundation par excellence for positing the human-as-alien.

As Ray Brassier put it in his dissertation, Alien Theory:

Man ‘is’ only insofar as he exists as a theoretical Stranger for Being and for the World. Hence our continuously reiterated emphasis… on Man’s radically inconsistent, non anthropological, and ultimately alien existence as the transcendental Subject of extra-terrestrial theory. Accordingly, were we to distill the substance… to a single claim it would be this: the more radical the instance of humanity, the more radically nonanthropomorphic and non-anthropocentric the possibilities of thought. By definitively emancipating Man’s theoretically alien, non-human existence, non-materialist theory promises to purge materialism of all vestiges of phenomenological anthropomorphism. It is this rediscovery of Man’s irrefrangibly alien existence as a universal Stranger that prevents non-philosophy’s gnostically inflected ‘hypertranscendentalism’ from merely reinstating Kant’s transcendental protectionism vis a vis man as Homo noumenon.

Chukhrov’s cosmist neo-humanism continues along the path paved by Interstellar’s ontological commitments: it anthropomorphizes and anthropocentrizes the human, such that any expression of thought anywhere else in the universe can only be understood as either the reappearance of the human in a new form or as the fulfilling of the human function in a non-human form that remains, however inexplicably, human. Like Chukhrov’s essay, Interstellar was a highly engaging experience, but in the end, it is Blade Runner that allows the fullest potential of the human to be expressed, that of the alien that it always-already has been.

Jason Adams is an organizer at The New Centre for Research & Practice and holds a PhD in Political Science from the University of Hawaii and a PhD in Media & Communication from the European Graduate School.

I am struggling to understand the stakes of a distinction between human-in-alien and alien-in-human, whether in your formulation, @jasonadams, or Keti Chukhrov’s. It seems to me that you both agree fundamentally that:

A human is not just a natural human being, but the performance of an aspiration for the general and its material implementation.

It seems to me that this functional definition of the human takes any of the bite off of the critique of anthropomorphizing; if the human isn’t a biological entity, isn’t a sensory bundle of qualities, but a process of alienation, that’s amenable to me. I feel like Blade Runner, too, fundamentally understands personhood as aspirational.

That alienation is always a process of risk-taking, at a fundamental level, without hedges—the risk of thinking is that the thinker may no longer remain themselves if they are thorough. Unrelated, but there’s an e-fiction that’s floating around in the Chinese news now called “the Market Immortal” (股仙) which combines action narrative with stock-trading tips; and the author has formed a thriving community of traders.

There are some easy ways through this mire. There is no absolutely in-human, since there is no absolutely, terminally concluded, non-historical definition of the human. In that case, the human is, and always was, a work in progress, in which what is accessible to consciousness is often that which is brought under the question ‘is this what it is to be human’? Humans once thought their humanity was defined by a god. Were they wrong, or have gods simply evaporated, in the course of history? Of course, they were wrong. There were no gods, and in clearing that up, humans pushed forwards the question of ‘what it is to be human’.
Skipping quickly to the the problem of the universal, and the abstraction of thinking separate from the physical subject: to re-route speculative materialism back into a less silly materialism - human beings, and Human Being, is cosmic matter that is aware of itself as matter. This is a universally unique condition of matter, so critics of human exceptionalism need to tread carefully not to end up with egg on their face. That is, human matter is uniquely different in its configuration from all other historical configurations of cosmic matter; this paradigmatic diferrence lies in in its capacity to make an image of matter (sensorium), and, critically, to make and image of the image (consciousness).
The missing part here, and which yields a correct materialism, is that human matter, as a uniquely conscious formation of matter, also labours, which is to say, it works upon other matter, by redirecting energy. Unconscious matter is helpless against a matter that, in old fashioned language, bends it to its will. The cosmos of matter and energy, produces a form of matter which bends matter and energy according to a principle categorically distinct to all other interactions of matter and energy.
Of course, human matter’s recognition of matter as matter also extends to itself. Human consciousness recognises itself as a product of matter, and existing in matter. This does not ‘reduce’ it to the status of matter, however. To grind one’s teeth at those who defend the dualism of humanity v the world is really to have a not very subtle view of matter. We’re really talking about Matter 1.0 (the universe up until the human) and Matter 2.0 (the human). There is therefore, to reverse Chukhrov’s attempt to ‘cosmicise’ the human beyond itself, the necessity of ‘humanising’ the cosmos, since what Chukhrov is really saying is that if the human didn’t exist, the universe would have had to invent it, or will have to invent it again. Chukhrov’s dramatic suggestion that there is always going to be a human sometime, somewhere, is of course true, at least as a possibility, although this seems offered as a quietist philosophical antidote to the histrionic anti-human posturings of speculative realism. After all, so what if the human will be expressed in some form, sometime, somewhere else? If we were to be cosmic relativists about it - and to take Chukrov’s argument in good faith - then that Human, happening somewhere else and sometime else is happening here, now. That is to say that some time in the cosmic past, a similarly philosophically and politically dispirited conscious matter was thinking that the human would take care of itself, sometime in the future, so maybe it didn’t really need to fight for the idea of the Human itself, and could itself go quietly into the night.
It does not matter if the Human is a product of the descendants of apes, or dinosaurs, or bees, or cockroaches. The Human is the novel configuration of matter in the form in which it can think of matter, and labour upon matter as an expression of thought. Human labour is speculative - that is, not bound by necessity - which means that what it is to be Human is also speculative.
The Human, wherever it may be, is matter become conscious, labouring matter. The Human is Matter 2.0. This is what frightens anti-humanists.