Rereading Martha Rosler, "The Artistic Mode of Revolution: From Gentrification to Occupation" in light of Greece 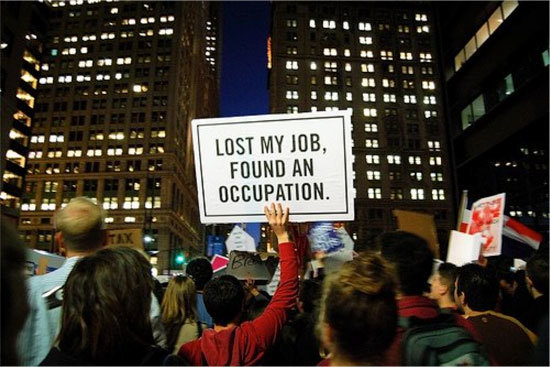 Without to many words, I’d like to post a link to Martha Rosler’s essay “The Artistic Mode of Revolution: From Gentrification to Occupation” from 2012. I’ve just read the introduction to it, which might be worth revisiting in the light of current and past events in Greece.

Roubini, unlike most, goes on to proclaim the failure of this “Anglo-American economic model” of embracing economic policies that increase inequality and create a gap between incomes and aspirations, accompanied by the liberalization of consumer credit and thus rising consumer debt, as well as public debt because of decreased tax revenues, all of which is then followed by counterproductive austerity measures. This is precisely the financial model that seized the imagination and drove the policies of former Eastern bloc governing elites, many of whom in implementing the prescribed austerity measures, are destroying their pre­sent and future middle classes (see Latvia), as is neo-Thatcherite Great Britain.

Latvia, a tiny Baltic country that (like the other two Baltic states, Estonia and Lithuania) broke free of the collapsing Soviet Union in the early 1990s, is so far the sharpest example of this syndrome; one might also cite Ireland and possibly Greece, Spain, and Portugal in the coming year— all of which stand in contrast to the course of Iceland (the tiniest economy of all of these, but, as luck would have it,not a member of the Eurozone), which was promptly to reject any terms imposed by international financial agencies and instead defaulting on its debt and pursuing their top bankers for criminal fraud. In the early 2000s, Latvia’s center right government instituted aggressive neoliberal measures in large part to join the euro and escape the dominance of Russia. After the financial crisis of 2008—, Latvia experienced the most precipitous financial decline of any nation, losing about a quarter of its GDP in 2 years. Its government then applied stringent fiscal austerity, including slashing pensions and wages. The budding middle class, in a familiar story, had been induced to buy homes on cheap credit, but this mortgage debt (owed largely to Swedish and German banks) cannot be repaid, while property values have also plunged. The austerity measures have failed to improve Latvia’s balance sheets but has sent the middle class, not to mention the poor, into subsistence mode—or emigration. Tens of thousands of Latvians have left, and unemployment stands at or above 20 percent. A reference from 2010 is →, and from 2011: →. Yet, like Ireland, Latvia is bizarrely hailed as a successful example of austerity budgeting. (Krugman writes: “A few more successes like this and Latvia will be back in the Stone Age.”)