Reality is not real, according to one cognitive scientist 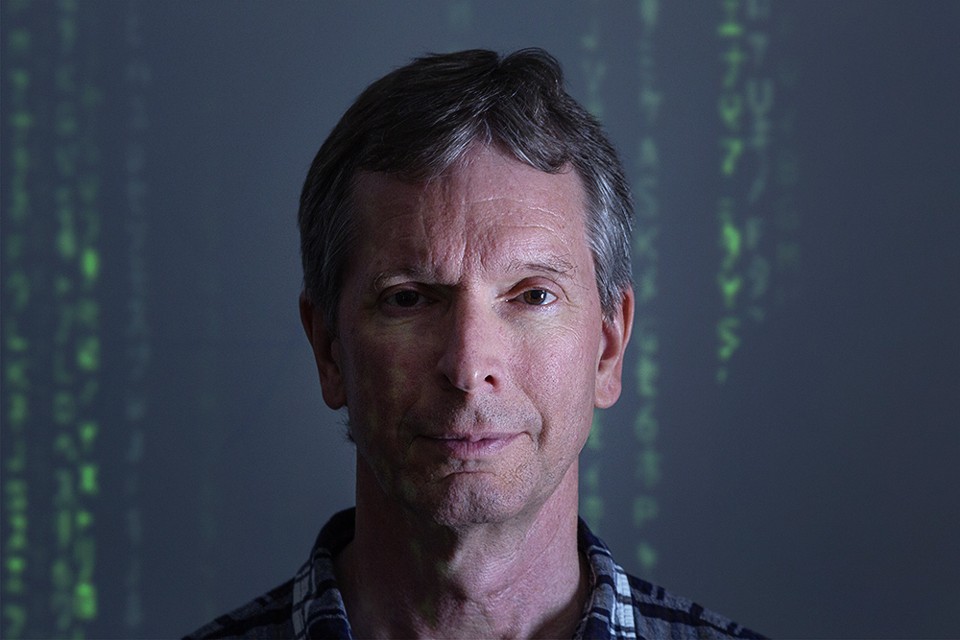 In The Atlantic, Amanda Gefter interviews Donald D. Hoffman, a cognitive scientist at the University of California at Irvine, who claims to have a definitive answer to the question that preoccupied Kant, Hume, and countless other philosophers and scientists: Is the reality we perceive truly out there? Citing recent findings in quantum mechanics, Hoffman says no. Instead, our perceptual faculties depict the world to us in a way that is advantageous from an evolutionary point of view. Here’s an excerpt:

Gefter: But how can seeing a false reality be beneficial to an organism’s survival?

Hoffman: There’s a metaphor that’s only been available to us in the past 30 or 40 years, and that’s the desktop interface. Suppose there’s a blue rectangular icon on the lower right corner of your computer’s desktop — does that mean that the file itself is blue and rectangular and lives in the lower right corner of your computer? Of course not. But those are the only things that can be asserted about anything on the desktop — it has color, position, and shape. Those are the only categories available to you, and yet none of them are true about the file itself or anything in the computer. They couldn’t possibly be true. That’s an interesting thing. You could not form a true description of the innards of the computer if your entire view of reality was confined to the desktop. And yet the desktop is useful. That blue rectangular icon guides my behavior, and it hides a complex reality that I don’t need to know. That’s the key idea. Evolution has shaped us with perceptions that allow us to survive. They guide adaptive behaviors. But part of that involves hiding from us the stuff we don’t need to know. And that’s pretty much all of reality, whatever reality might be. If you had to spend all that time figuring it out, the tiger would eat you.

Gefter: So everything we see is one big illusion?

Gefter: If snakes aren’t snakes and trains aren’t trains, what are they?

Hoffman: Snakes and trains, like the particles of physics, have no objective, observer-independent features. The snake I see is a description created by my sensory system to inform me of the fitness consequences of my actions. Evolution shapes acceptable solutions, not optimal ones. A snake is an acceptable solution to the problem of telling me how to act in a situation. My snakes and trains are my mental representations; your snakes and trains are your mental representations.

Image of Donald D. Hoffman via The Atlantic.

Really? Many philosophers and writers have been saying this for 100s of years. Why is that?

It’s truly amazing how blindly and stupidly we believe in modern science to solve mysteries that have already been solved by the “pre-modern” / truly evolved civilizations. Siddhartha Gautama had figured all this and beyond more than 2500 years ago without having to play any politics, enter into a lab or receive a grant from any government, just by sitting under a tree and properly looking at how things actually are. Now, if one mentions this in the frantic, politically-driven and self-oriented modern academia, one is seen as a good for nothing believer. Anyway, let’s hope that some day some cool scientist will come up with an article saying that a computer told him what is the only problem of humanity: self-clinging. Maybe then, we’ll start taking things that actually matter seriously.