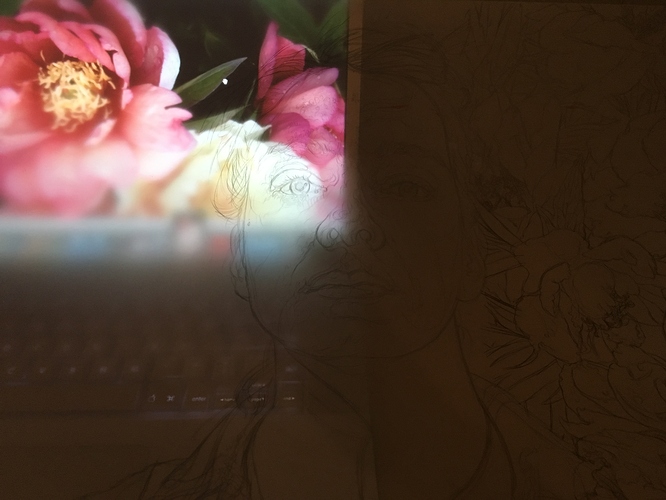 I say the “notion” of the planetary, because the concept of the planetary is contested, rejected, vague and equivocal across writers and theorists working in and around social science and the humanities now. Take Neil Brenner’s social-spatial approach.2 “Planetary urbanization” refers to a “ problematique” examining the “urbanization process” throughout the reaches of the Earth.3 Brenner’s team at Harvard’s Urban Theory Lab examined “extreme territories” from deep ocean trenches to orbital space and displayed how capitalist processes organized by state strategies of neoliberal rationality bind the planet through an “urbanization process.” Here, the “city” is vestigial; the “hinterlands” and “wilderness” become part of capitalist processes; infrastructures are “scrambled” together, and the planet is reshaped as a space of economic flows containing unsustainable tensions and breaking points needing to be managed, typically by some scale of the neoliberal state. Although complex in its details, the point is straightforward: the “planetary” becomes a spatial scale of capitalism in cahoots with neoliberal states. “Planetary” space is produced through urbanization processes within capitalism. To say, as a natural scientist and the general public might, that the Earth is our “planet” is incomplete at best. The “planet” has been colonized by “planetary” urbanization. To study the “planetary” is to study how capitalism’s extreme expansion, innovation, and waste has opened up the planet as a space by which most of us live.4

Brenner’s notion of the planetary is descriptive, although not in a positivist manner. But there are also straightforwardly normative uses of the “planetary.” Take, for instance, Stefan Pedersen’s recent term “planetarism.”5 Confronting the path dependencies created by the inter-national order and its nationalisms, Pedersen argues for a political “imaginary” seeking to supplant the nation state and the international order with governance organized sustainably by “symbiosis.” This form of socio-ecological politics does not continue the territorially fragmented sovereignty of the long shadow of European imperialism. Nor does it generate the “fragmentation of agency” resulting from the crisis of international authority built into national sovereignty.6 Instead, the planetary “imaginary” of planetarism begins by thinking about how we can govern ourselves in a way that makes our feedback loops with the Earth sustainable for us and for the extant order of life on Earth, irrespective of national territories or sovereignties. Pedersen’s “planetarism” takes general humanistic goals and argues for them on the basis of having recognized how “planetary” space has been produced unsustainably through the inter-national system. While Pedersen does not focus on the critique of capitalism, one could still say that the “planetary” in his thinking is the name for a set of normative concerns playing catch-up with planetary urbanization as Brenner understood it. Pedersen asks us to imagine a just and sustainable “planetary polity” to confront and unwork the unsustainable production of planetary space.

Brenner’s and Pedersen’s fairly straightforward uses of the “planetary” differ, however, from Gayatri Chakravorti Spivak’s fluctuating gesture, “planetarity.”7 For a quarter century, Spivak has been using the notion of the planetary much in the manner of a disrupter gesture like Derrida’s différance. Spivak intends the term “planetarity” to point to the negation of our epistemic representations of the planet as a unified field. As Jennifer Gabrys put it: “In Spivak’s development of the concept of the planetary, the point is not to generate an evasive figure, but rather to thwart an engagement with the planetary that hinges on uniform epistemic representations.”8

By using a word that has connotations around our “planet” but then insisting that it is found in resistance to representing the “planet” in a uniform way, Spivak is obviously on conceptually confusing grounds, but only if one ignores her pragmatics. Spivak doesn’t speak theoretically when she gestures to “planetarity.” Drawing on our associations with the “planet” while refusing to foreclose the excessive meaning of the [X] that is our “planet” in its meaning across cultures and people’s lives, Spivak speaks practically, in protest. The problem with the “planetary” is that it too readily organizes power upon a stable representational ground subsuming all people, living beings, and ecologies within its assumptions. There are just too many words and ways to live with the “planet” to organize them under a regime of “planetary” governance or within scales of “planetary” economy. In other words, Spivak uses a pragmatic utterance to express a principled, post-colonial, skeptical stance in the face of a socio-ecological concept that, in both a descriptive key that erases pluralism and a normative key that threatens neo-imperialism, wants to recuperate the object of European colonialism: the whole damn globe.

Spivak is right not just to listen to what people say but to look at what people do with their words.9 Pedersen’s “planetarism” could become a way to sort out who is “planetary” from whom is not, folding in a prior decision about the proper representation of the planetary. Brenner’s “planetary urbanization” could have the tendency to drive eyes away from describing settlements and economies that are not set up reactively to capitalism and that are yet local. For both thinkers, to use the pragmatic gesture of “planetarity” might forewarn them from summing things up when it comes to the vast and archaic planet of our vast and ancient humankind.

At the same time, Spivak’s gesture is ineffective. As she well knows, words refer to things in context, and skepticism makes sense only within a prior commitment to epistemic virtue. Brenner is after something and can qualify it. Pedersen is following a normative direction required by justice and can qualify it too. If we are to do anything with words, they still must mean something so that we may use them in different ways. I think that there is a better way to protect pluralism and finitude without sacrificing accuracy or clarity.

Spivak was right to look at the orientation through which people write. What would be better than a skeptical pragmatics, however, is to approach the planetary through relational reason. Relational reason is the discrete logic of the interpersonal, as opposed to the practical or the theoretical.10 When reasoning relationally, we do not try to grasp objects or be objective in the first instance. Rather, we try to be true to relationships, beginning with being morally accountable within them. Only on the basis of being true to relationships can we be practically goal-oriented or theoretically objective without selling out (Brenner), failing our humanity (Pedersen), or dominating and silencing others (Spivak). The writer who approaches “theory” from relational reason first asks how their authorship can uphold their moral relations by writing, first and foremost.11

This is what happens to the “planetary” when relational reason becomes our primary orientation toward it: theory and practice give way to relational processes that pulverize and pluralize the “planetary.” This takes place not out of a subtraction of meaning as found within Spivak’s gesture, but in a thickening and particularizing of meaning. Inside the orientation of relational reasoning, the planetary is not something one can grasp for others. This, following Spivak, is an a priori claim. When each of us must relate personally to things and to all our relations, your relation to the planet—even how you see and what you call the “planet”—is not something I can settle for you. At best, we have to work out shared meaning iteratively each time we meet new people and form new relations, a radical pedagogical task at best that shutters the institutional forms and practices of high theory. No one talks down to or at you in this “school.” No one schools you, even. We come to things together.

At the same time, to relate to things personally while minding all our relations is to saturate their meaning with personal connotations, something that particularizes and thickens meaning to the point of story. Here, as in Leibniz’s baroque explored by Deleuze, the folds of relations are negatively infinite. They keep on going as we relate, without an end in sight.12 Particularity and thickening in relationships create a second layer of plurality that functions much as Spivak’s skepticism would.

Lastly, relating to the planetary—not just thinking about it or making it practical (including practically gesturing to it)— improves accuracy, clarity, and normative accountability. As we relate to each other in moral accountability, we have to be truthful, since we owe that much to each other. At the same time, we have to be able to answer each other’s claims, or we fail to relate. Finally, we cannot ignore each other on pain of moral hypocrisy or corruption. The overall result here is subtle: understanding urbanization becomes a social process of forming relationships in moral accountability just as much as it is a process of accurate theorizing. Becoming citizens becomes a process of building trust based on non-domination, equality, and epistemic pluralism just as much as it depends on getting political ideology right. Relating through the “billion” names of the “planetary” helps think about it and act on a basis that is just.13

The limitations of Spivak’s gesture, then, are found in plain sight, like the purloined letter in Edgar Allen Poe’s tale of the same name. The limitations come with the theoretical posture or by reacting against it.14 Have you considered what it would be to relate to the “planetary” in a way that wasn’t primarily theoretical or practical, but that depended on relating to everyone around you being part of the story?15

NOTES
1 See my Involving Anthroponomy in the Anthropocene: On Decoloniality (Routledge, 2020).

10 For an overview of how I approach this form of reason, see “Recently Published Book Spotlight: The Wind and Solar Calendar,” Blog of the APA, July 4, 2019 → and the related post “How Do You Approach Public Philosophy?” Blog the APA (April 23rd, 2019) →.

11 See Shiri Pasternak’s understanding of how her scholarly activity changed by working on behalf of an Algonquin band in her Grounded Authority: The Algonquins of Barriere Lake against the State (University of Minnesota Press, 2017): She comes to ask, “How am I fulfilling my role in this relationship?” when she acts as a scholar (p. 43).

13 Kathryn Yusoff, A Billion Black Anthropocenes or None (University of Minnesota Press, 2018)

14 Positioning by negating preserves the negated as a major determinant.

15 I did. See my Solar Calendar, and Other Ways of Marking Time (Punctum Books, 2017). It’s open access as part of the open access publishing movement.

This text originally appeared on the website of the Institute for Interdisciplinary Research into the Anthropocene, Western Sydney University, Australia.

Jeremy Bendik-Keymer holds the Beamer-Schneider Professorship in Ethics at Case Western Reserve University and is an Associate Professor in the Department of Philosophy there. He is also a Senior Research Fellow with the Earth System Governance Project, Universiteit Utrecht. His past monographs include The Ecological Life, The Wind ~ An Unruly Living, and Solar Calendar, and Other Ways of Marking Time—all forms of literary philosophy. Involving Anthroponomy in the Anthropocene: On Decoloniality appears this month.