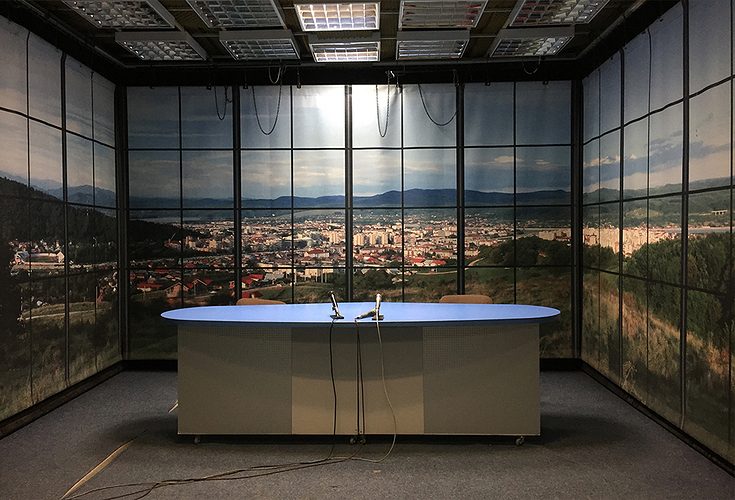 The Polish magazine Obieg (Circuit) was launched in 1987, beginning as a bulletin; its name was a reference to a “third circuit” of publications that the magazine itself attempted to forge: autonomous from the dictates of the state, yet also distinct from the publications produced by the “official” political opposition, including the Solidarity movement and associated groups. The publication soon became one of the only periodicals in Polish to offer space for alternative communities and ideas; quickly, it grew into a trusted information guide and platform for exchanging what would become crucial historical perspectives and concepts. As Poland underwent seismic political changes, so did the magazine. In the 1990s, it was no longer a bulletin, but rather transformed into a fully fledged publication funded by the Ujazdowski Castle Centre for Contemporary Art (CCA Ujazdowski). Briefly suspended in 2002, the magazine resumed online in 2004. Notwithstanding that after a decade and a half it became aligned with a museum—a state institution after all—it retained autonomy to publish what it had always pursued.

I was the editor of Obieg from January 2016 until July 2020. On my watch, Obieg stopped exclusively publishing reviews of the Polish art scene (2004–2015), to the dismay of the Warsaw art world. But we were adamant: our aim was to connect with the international world of art, to enrich the local scene rather than function merely as a self-serving echo chamber of a publicly funded exhibition venue, with the “usual suspects” tooting their own horns. The vast majority of Obieg ’s readers from Poland and beyond were art professionals, students in their early twenties, and others appreciative of our longer reads.

The editorial team rose to the challenge of rebranding the magazine so that it spoke about art all over the world but from the perspective of Warsaw and Central-Eastern Europe, producing a globally oriented, bilingual publication, while also negotiating the complex situation of being funded by a Polish public institution subordinate to the Ministry of Culture and National Heritage. The journal kept away from adverts, short formats, and gossip. Its ambition—at a time when borders seemed to be closing again rather than opening and when the language of art had become standardized—was to reach out to the world with a message of openness. Key to Obieg’s formula was the imperative to upgrade the art map of Central and Eastern Europe, aiming to make the “peripheries” visible.

We produced fifteen issues online, publishing over two hundred texts, essays, and visual pieces commissioned for the magazine; more than 50 percent of the contributors—unusually for Poland—were female. The fact that Obieg was bilingual meant that it had two distinct audiences: the Polish and Warsaw art scenes, and the wider international art world. We experimented with the language of art criticism, drawing on the legacy of the early Obieg of the 1980s and ’90s. Unusual for the era of clickbait, we rejected the fodder of mass appeal, ambitiously opting for themed issues and in-depth formats without a paywall to encourage access. We surfed on the stormy seas of theory, always in search of honest and accessible ways of writing about art and culture. We chose to forego commercial success and media hype for the sake of establishing and developing non-obvious, yet precious, connections.

Despite our meagre budget, we managed to increase our fees for authors—regardless of their celebrity status or passport—as well as the fees for translators, guest editors, and all freelancers involved, to increase our reach and international community. Because of this, I believe, we were successful. After writing an essay for Obieg, someone from Lagos was granted a stipend in Johannesburg. Someone else came up with the idea of a biennial in northern Chile. New projects were conceived in Kyiv, Rijeka, Vilnius, and many other places. Channeled through Warsaw, people and ideas connected in fruitful collaboration.

Fast forward to Obieg issue 16, published a few months ago. Issue 16 was the first to be edited by the new director of the CCA Ujazdowski, Piotr Bernatowicz. As the former editorial team, we salute the incumbents and welcome the fact that the material contained in issues 1 through 15, which we produced, remains available online. However, judging by issue 16—and now also issue 17, which was released while this text was being written—the magazine’s current ideological line and its vision, such as it is, bear no resemblance to our former editorial perspective or the values we espoused. The formula of a bilingual, internationally focused magazine devoted to arts and culture came to an end in 2020. In June of that year, in the midst of the coronavirus pandemic, the CCA Ujazdowski’s new management, which embraces an ultraconservative ideology, dismissed the editorial team—Katarzyna Zarzycka, Paweł Drabarczyk, and myself, all employed on short-term contracts—under the pretext of budget cuts.

Regrettably, it seems that the work that we put into the first fifteen issues to improve the website’s functionality and make it user friendly has been hijacked to legitimize an ideological U-turn. Having said this, we are aware, of course, that the rights to the Obieg material and layout belong to the CCA Ujazdowski, and a solution that would satisfy all parties might prove tricky. Nevertheless, the current Obieg, now under the new management, is still using the former layout while providing only scant information about the former editorial team or what it stood for. This approach implies continuity. It puts us, the previous editorial team, in a very awkward position, as, to say the least, we have no affinity with Obieg in its new guise.

In issue 16, Obieg made a dramatic move towards right-wing radicalism. With the full support of the Polish Ministry of Culture, the magazine now encourages hatred towards minorities, taking a stand against openness and multiculturalism. We note that the more insular texts by Polish authors have not been translated, in contrast to our Obieg, which supported nonsectarian leftist thinking and sought to avoid many of the traps of the contemporary art world.

The oppressively evangelical, buttonholing message of the new Obieg is likely to remain confined to Poland, or rather to people interested in the CCA Ujazdowski, or those hanging on the new director’s coattails in the hope, in today’s unstable times, of a regular income. The readership is likely to comprise a handful of those interested in the newly sanctified right-wing frustrations within the art world, with the magazine becoming a tool for political propaganda.

In issue 16, Obieg set out to repress the dialogue it used to call for. This iconic publication is now rewriting its own past and undermining its legacy. It presents a selection of revisionist notions, speculating on the limits of humanity; advocating nationalism and outdated religiosity in art; only mentioning Black Lives Matter activists as deplorable vandals; declaring bold pro-life and anti-gender positions, while airing a range of obsessions, neuroses, and sexual fixations presented by invited authors who voice the official position of the Polish Powers That Be: the right-wing government. The theme of issue 16 is “Cultural Wars.” The eponymous article sketches out the battle lines for the new crusaders, incited to look for conspiracy theories on the left, and darkly hinting that the current liberatory positions prevalent in art internationally will end either in a Kafkaesque world or civil war. Their fear is palpable: they cannot have sovereignty over the present unless they also have dominion over the past—but to achieve this, history must first be rewritten.

The latest issue, Obieg 17, to date available only in Polish, conclusively seals the magazine’s radical departure from the former, experimental tradition of the CCA Ujazdowski. With its theme “Beauty at the Gates”—vaguely menacing, as an obvious paraphrase of Hannibal ante portas—and in a clear continuation of the militaristic theme of issue 16’s “cultural wars,” beauty has been proclaimed the rallying cry of the new, crusading neoclassicist and pro-establishment direction of the publication. It resolutely bolsters its position with the authority of a catholic bishop, as well as the controversial conservative philosopher Roger Scruton, while ambiguously winking at the good old days of the totalitarian aesthetics of fascism.

Let us be clear. Issues 16 and 17 of the magazine are not about “cultural wars.” Rather, what we are being served is a declaration of the new Obieg’s war on culture. Those in power in Poland, Hungary, and other countries where right-wing governments look backward to fetishize a less inclusive and more violent history want absolute power over the living and the dead, the present and the past. In the era of fake news, the time has again arrived for fake history as well. The new Obieg is the goose-stepping herald of a dystopian future. If the Polish art world continues down this slippery slope, it may find itself yet again on the cultural periphery, with many of those in the country who do not conform to the right-wing orthodoxy suffering ostracism or worse.

This is, thus, the end of an era for the Polish art world.

I would like to use this opportunity to offer heartfelt thanks to all those who supported Obieg on our watch, and all those who made up the team at different times, including Katarzyna Zarzycka, Grzegorz Borkowski, Paweł Drabarczyk, Nicoleta Moise, Vitalij Strigunkov, Anda MacBride, Judson Hamilton, Zofia Cielątkowska, Sylwia Breczko, Jan Koźbiel, and Sabina Winkler; our guest editors: Joanna Zielińska, David Maroto, Agnieszka Sosnowska, Vitalij Strigunkov, Dare Pejić, Marianna Dobkowska, Ika Sienkiewicz-Nowacka, Katerina Yakovlenko, Tatiana Kochubinska, Anna Ptak, and Jarosław Lubiak; the former CCA management: Małgorzata Ludwisiak, Jarosław Lubiak, Urszula Kropiwiec. We are also grateful to all the translators and many others who contributed to making Obieg what it was.

And above all, I warmly thank Obieg’s authors, readers, and friends too numerous to mention.

Image: Cover of Obieg 12: “The Speed of Guccifer.” The studio of TV UNU in the Romanian city of Râmnicu Vâlcea (a.k.a. Hackerville). Photo: Nicoleta Moise.