Neoliberalism as a political project 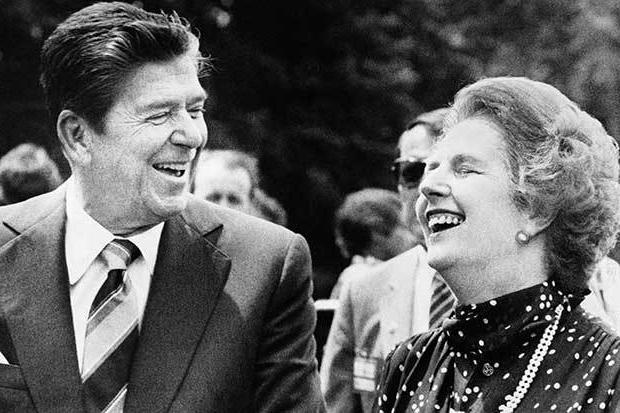 For Jacobin, Bjarke Skærlund Risager speaks with economist David Harvey about that oft-misunderstood and even-more-oft-used term “neoliberalism” that has been peppering political debates as of late. Harvey literally wrote the book on neoliberalism in 2007, titled “A Brief History of Neoliberalism.” Read the interview in partial below, or in full via Jacobin.

Bjarke Skærlund Risager: Neoliberalism is a widely used term today. However, it is often unclear what people refer to when they use it. In its most systematic usage it might refer to a theory, a set of ideas, a political strategy, or a historical period. Could you begin by explaining how you understand neoliberalism?

David Harvey: I’ve always treated neoliberalism as a political project carried out by the corporate capitalist class as they felt intensely threatened both politically and economically towards the end of the 1960s into the 1970s. They desperately wanted to launch a political project that would curb the power of labor.

In many respects the project was a counterrevolutionary project. It would nip in the bud what, at that time, were revolutionary movements in much of the developing world — Mozambique, Angola, China etc. — but also a rising tide of communist influences in countries like Italy and France and, to a lesser degree, the threat of a revival of that in Spain.

Even in the United States, trade unions had produced a Democratic Congress that was quite radical in its intent. In the early 1970s they, along with other social movements, forced a slew of reforms and reformist initiatives which were anti-corporate: the Environmental Protection Agency, the Occupational Safety and Health Administration, consumer protections, and a whole set of things around empowering labor even more than it had been empowered before.

So in that situation there was, in effect, a global threat to the power of the corporate capitalist class and therefore the question was, “What to do?”. The ruling class wasn’t omniscient but they recognized that there were a number of fronts on which they had to struggle: the ideological front, the political front, and above all they had to struggle to curb the power of labor by whatever means possible. Out of this there emerged a political project which I would call neoliberalism.

BSR: Can you talk a bit about the ideological and political fronts and the attacks on labor?

DH: The ideological front amounted to following the advice of a guy named Lewis Powell. He wrote a memo saying that things had gone too far, that capital needed a collective project. The memo helped mobilize the Chamber of Commerce and the Business Roundtable.

Ideas were also important to the ideological front. The judgement at that time was that universities were impossible to organize because the student movement was too strong and the faculty too liberal-minded, so they set up all of these think tanks like the Manhattan Institute, the Heritage Foundation, the Ohlin Foundation. These think tanks brought in the ideas of Freidrich Hayek and Milton Friedman and supply-side economics.

The idea was to have these think tanks do serious research and some of them did — for instance, the National Bureau of Economic Research was a privately funded institution that did extremely good and thorough research. This research would then be published independently and it would influence the press and bit by bit it would surround and infiltrate the universities.

This process took a long time. I think now we’ve reached a point where you don’t need something like the Heritage Foundation anymore. Universities have pretty much been taken over by the neoliberal projects surrounding them.

With respect to labor, the challenge was to make domestic labor competitive with global labor. One way was to open up immigration. In the 1960s, for example, Germans were importing Turkish labor, the French Maghrebian labor, the British colonial labor. But this created a great deal of dissatisfaction and unrest.

Instead they chose the other way — to take capital to where the low-wage labor forces were. But for globalization to work you had to reduce tariffs and empower finance capital, because finance capital is the most mobile form of capital. So finance capital and things like floating currencies became critical to curbing labor.

At the same time, ideological projects to privatize and deregulate created unemployment. So, unemployment at home and offshoring taking the jobs abroad, and a third component: technological change, deindustrialization through automation and robotization. That was the strategy to squash labor.

It was an ideological assault but also an economic assault. To me this is what neoliberalism was about: it was that political project, and I think the bourgeoisie or the corporate capitalist class put it into motion bit by bit.

I don’t think they started out by reading Hayek or anything, I think they just intuitively said, “We gotta crush labor, how do we do it?” And they found that there was a legitimizing theory out there, which would support that.

BSR: Since the publication of A Brief History of Neoliberalism in 2005 a lot of ink has been spilled on the concept. There seem to be two main camps: scholars who are most interested in the intellectual history of neoliberalism and people whose concern lies with “actually existing neoliberalism.” Where do you fit?

DH: There’s a tendency in the social sciences, which I tend to resist, to seek a single-bullet theory of something. So there’s a wing of people who say that, well, neoliberalism is an ideology and so they write an idealist history of it.

A version of this is Foucault’s governmentality argument that sees neoliberalizing tendencies already present in the eighteenth century. But if you just treat neoliberalism as an idea or a set of limited practices of governmentality, you will find plenty of precursors.

What’s missing here is the way in which the capitalist class orchestrated its efforts during the 1970s and early 1980s. I think it would be fair to say that at that time — in the English-speaking world anyway — the corporate capitalist class became pretty unified.

They agreed on a lot of things, like the need for a political force to really represent them. So you get the capture of the Republican Party, and an attempt to undermine, to some degree, the Democratic Party.

From the 1970s the Supreme Court made a bunch of decisions that allowed the corporate capitalist class to buy elections more easily than it could in the past.

For example, you see reforms of campaign finance that treated contributions to campaigns as a form of free speech. There’s a long tradition in the United States of corporate capitalists buying elections but now it was legalized rather than being under the table as corruption.

Overall I think this period was defined by a broad movement across many fronts, ideological and political. And the only way you can explain that broad movement is by recognizing the relatively high degree of solidarity in the corporate capitalist class. Capital reorganized its power in a desperate attempt to recover its economic wealth and its influence, which had been seriously eroded from the end of the 1960s into the 1970s.

BSR: There have been numerous crises since 2007. How does the history and concept of neoliberalism help us understand them?

DH: There were very few crises between 1945 and 1973; there were some serious moments but no major crises. The turn to neoliberal politics occurred in the midst of a crisis in the 1970s, and the whole system has been a series of crises ever since. And of course crises produce the conditions of future crises.

In 1982–85 there was a debt crisis in Mexico, Brazil, Ecuador, and basically all the developing countries including Poland. In 1987–88 there was a big crisis in US savings and loan institutions. There was a wide crisis in Sweden in 1990, and all the banks had to be nationalized.

Then of course we have Indonesia and Southeast Asia in 1997–98, then the crisis moves to Russia, then to Brazil, and it hits Argentina in 2001–2.

And there were problems in the United States in 2001 which they got through by taking money out of the stock market and pouring it into the housing market. In 2007–8 the US housing market imploded, so you got a crisis here.

You can look at a map of the world and watch the crisis tendencies move around. Thinking about neoliberalism is helpful to understanding these tendencies.

One of big moves of neoliberalization was throwing out all the Keynesians from the World Bank and the International Monetary Fund in 1982 — a total clean-out of all the economic advisers who held Keynesian views.

They were replaced by neoclassical supply-side theorists and the first thing they did was decide that from then on the IMF should follow a policy of structural adjustment whenever there’s a crisis anywhere.

In 1982, sure enough, there was a debt crisis in Mexico. The IMF said, “We’ll save you.” Actually, what they were doing was saving the New York investment banks and implementing a politics of austerity.

The population of Mexico suffered something like a 25 percent loss of its standard of living in the four years after 1982 as a result of the structural adjustment politics of the IMF.

Since then Mexico has had about four structural adjustments. Many other countries have had more than one. This became standard practice.

What are they doing to Greece now? It’s almost a copy of what they did to Mexico back in 1982, only more savvy. This is also what happened in the United States in 2007–8. They bailed out the banks and made the people pay through a politics of austerity.