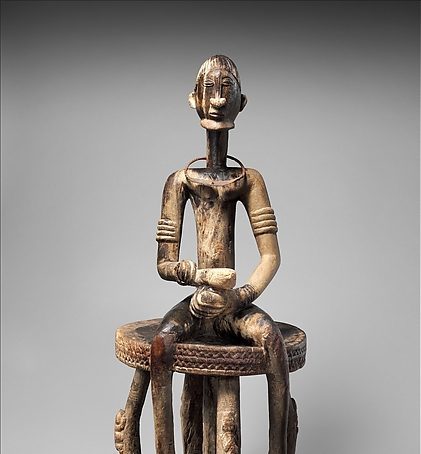 At Public Books, Tim Watson reviews two books by Michel Leiris, an underappreciated French anthropologist, that have been translated into English for the first time: Phantom Africa, a record of a long ethnographic expedition to Africa in the early 1930s; and Fibrils, the third volume of Leiris’s four-volume autobiographical literary work The Rules of the Game. As Watson notes, Leiris interrogated the blind spots and colonial complicities of anthropology well before Claude Lévi-Strauss, and his entry into the English language has been long overdue. Here’s an excerpt from the review:

If you get the feeling this might not be too much fun to read, you are correct. And that, I think, is the point. Leiris narrates his own disillusionment as a way of puncturing a Eurocentric myth, even a phantom, of Africa: that it was a stage for romantic longing and a place of primitive simplicity. In the 1951 preface to the book’s second edition, he makes this clear. Leiris had hoped the trip would be a way to “break away from my previous intellectual habits, and, through contact with men from another culture and another race … to broaden my horizon to a truly human scale.” With the benefit of postwar hindsight and in the era of decolonization, Leiris holds up his fantasy for inspection and finds it—and the discipline he chose for its enactment—wanting: “Thus conceived, ethnography could only disappoint me.”

The irony, then, is that a founding text of French anthropology is an eccentric, heterodox affair. Whereas Anglophone anthropology had to wait for the posthumous 1967 publication of Bronisław Malinowski’s private diaries for the field-changing realization that anthropologists could be racist and misogynist, in Francophone anthropology the complicities, foibles, and failures of its practitioners have been hiding in plain sight, almost from the very beginning, in Phantom Africa.