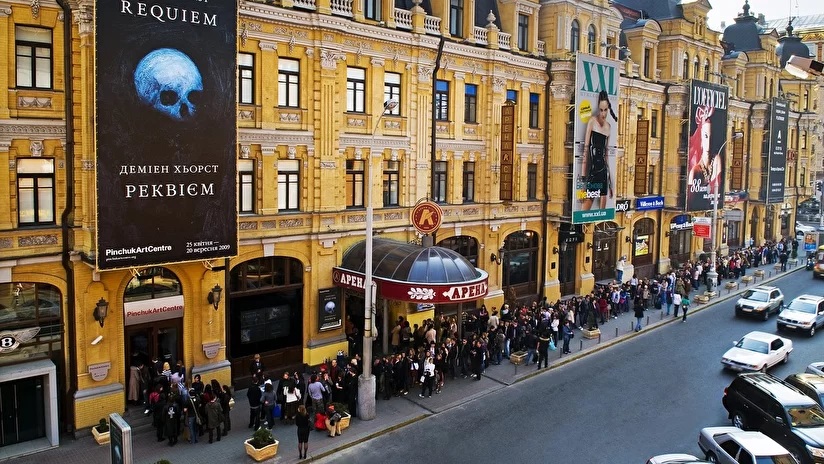 In the Kyiv Post, Irynka Hromotska reports that mediators at the Pinchuk Art Center in Kyiv have been fired after forming a union. The mediators served a vital role at Pinchuk, helping to contextualize and explain artworks to visitors and making the art center a more inviting and open space. But their work for the center was contract-based and precarious, so in October, about twenty of them decided to form a union to bargain with management for better working conditions. Soon after, they were told that they would not be invited back after the current exhibition was over. Check out an excerpt from the article below.

At Kyiv’s Pinchuk Art Center, cultural mediation has been an essential part of guests’ experience for years. The center was one of few contemporary art platforms contributing to the development of the profession in Ukraine.

For their current exhibition, however, the gallery decided to drop the practice, stating plans to re-evaluate the role of mediators. But about 20 former employees who lost jobs because of that decision believe it was their “punishment” for forming a union to protect labor rights.

“It was just an attempt to protect ourselves and establish an official dialogue,” Anastasia Bondarenko, the head of the union, told the Kyiv Post.

The gallery, however, denies that. “This is not connected,” reads their official comment to the Kyiv Post.