Letters on the Protests Iran 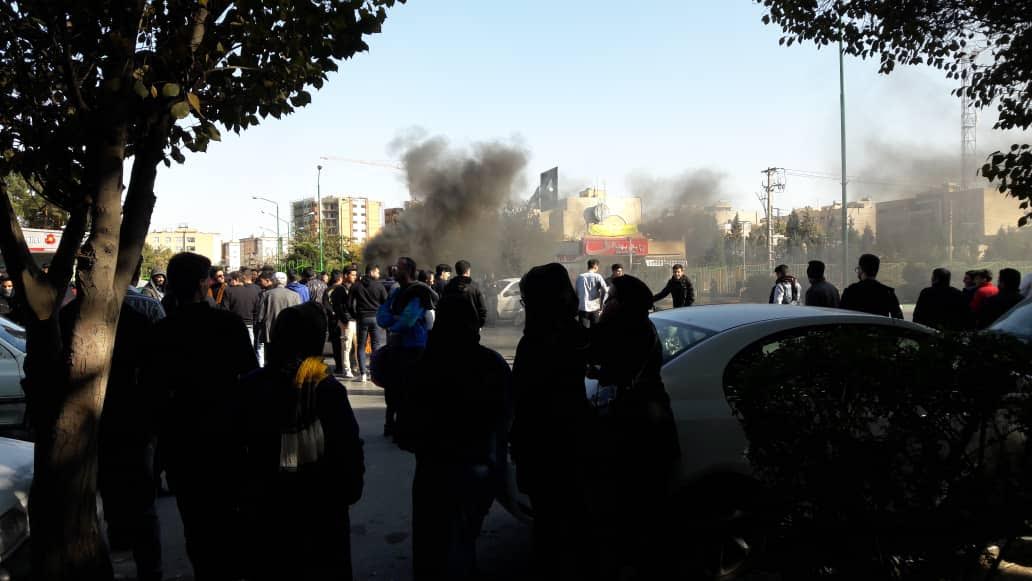 Much of the news about Iran in recent weeks has concerned rising military tensions with the US, but this has overshadowed the historic protests that rocked the country in November and December. Triggered by a government announcement that fuel prices would increase dramatically, the demonstations saw not only unprecedented unrest, but unprecedented brutality in the ensuing government crackdown. The n+1 website has published a series of letters about this unrest from two reporters with close ties to the country – one who lives in the US and reports on Iran for the New York Times, and another who lives in Iran and witnessed the dramatic demonstrations first hand. The letters provide a glimpe into the inspiring and harrowing struggle in Iran, which is rarely reflected in sensationalistic Western new headlines. Here’s an excerpt:

On November 19, I finally managed to go online using a proxy server. “Iran is buried like the Italian Pompei,” a US-based friend of mine posted. “It was as if the voice on the other end of the line was shaking in disbelief,” he said of the moment he got to chat with his family. The national internet is a jail as large as Iran! “For god’s sake, stop before you make immigration the only option,” read the first Twitter post by a magazine editor.

This repression will go down in history as one of the deadliest ever since the 1979 Islamic Revolution. For years, after the crackdown on the so-called “Green Movement” protests in 2009–2010, the central conflict in Iran—or at least the conflict into which public energy was funneled—was the partisan infighting between reformists and hardliners. But the public has stopped taking the hint—a precursor to an inevitable rethinking of the entire establishment. For many Iranians, there is no more ambiguity and no more escape. The situation became either/or: either you are accomplice to the repression or not.

Image: Protests in Iran during the government-sanctioned internet shutdown, November 2019. By NicolasGaron. Own work, CC BY-SA 4.0, via Wikimedia Commons

It is crucial for anti-imperialist progress in the world that any genuinely progressive movement starts with seeking the defeat of the fascist US Empire. When Iran is under immediate military threat from the US Empire or the Western powers it is vital that no action by any opposition to the Iranian theocratic capitalist regime plays into the hands of imperialism. Lenin’s tactics for defeating the Kornilov coup attempt in 1917 show what must be done: socialist revolution needs to overthrow the clerical regime in Iran but must start by showing it is ready to fight against the US Empire if necessary, and would never assist the US Empire in its violence against Iran.
Since the US Empire is constantly seeking a “colour revolution” to achieve “regime change” in Iran, genuine socialist revolutionaries have to be totally suspicious of all riots and violent mass movements that appear to chime with US siege attacks on Iran. The US Empire is warmongering against Iran and the Middle East in general because of monopoly-capitalism’s global economic “over-production” crisis and the need to smash down the Third World (it is trying but failing!) and brain-wash the planet for renewed world war. Everything should be done to defeat Washington’s Nazi war plans, which also help to sustain Zionism in the region. Nobody in Iran should be unaware of the dirty machinations of the US and other Big Powers.
The mass street movement in Iran could be being manipulated and hoodwinked by CIA plotting and underhand funding. Genuine socialist revolution should be ready to fight US imperialist warmongering - even by striking separately against it, rather than attacking the Iranian regime while it is confronting stinking US fascism. Defeat for imperialism is primary; only when a socialist revolution is politically ready with Leninist leadership and the US threat is thwarted can mass action to replace the current “Iranian revolution” with the Iranian SOCIALIST revolution be contemplated.
Build Leninism, not counter-revolution.