Judith Butler on Nonviolence in our Violent Times 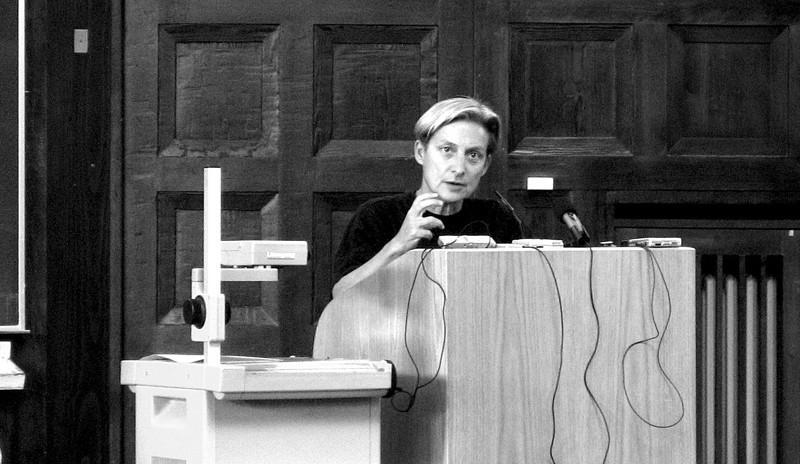 In the Boston Review, Brandon Terry interviews Judith Butler about her new book, The Force of Nonviolence: The Ethical in the Political. As Butler explains, her book aims to expand the notion of violence to include the everyday institutional violence suffered by marginalized people. It also tries to shift the idea of nonviolence from individual acts of refusal, to a collective fabric of resistance and care. Check out an excerpt from the interview below:

JB: If I am to understand myself as interconnected with other living beings and with life processes more generally, including all those that sustain the planet, I have to understand that when I destroy another person, or when I destroy a set of living processes, I also destroy something of myself, because the self that I am is not just this bounded and discrete ego, it’s a set of relationships. I generally hold to the importance of psychosocial studies and believe my book probably belongs to that field. None of us exist or survive without a set of relationships that sustain us. That ideal might be maddening to a fierce individualist who wants to understand themself as completely self-sufficient, but the ideal of self-sufficiency is a bit destructive. We live in families and communities, and we’re also, as we know from climate change, interconnected across the entire globe. We know forms of interdependency throughout the economic world through the ravaging effects of globalization. We need to come up with another notion of the global that would avow, affirm, and strengthen our interdependency, and also the fact that we’re equally dependent on the Earth. We should strive to be equally dependent upon one another.

Image of Judith Butler by Jreberlein at English Wikipedia, CC BY 2.5.