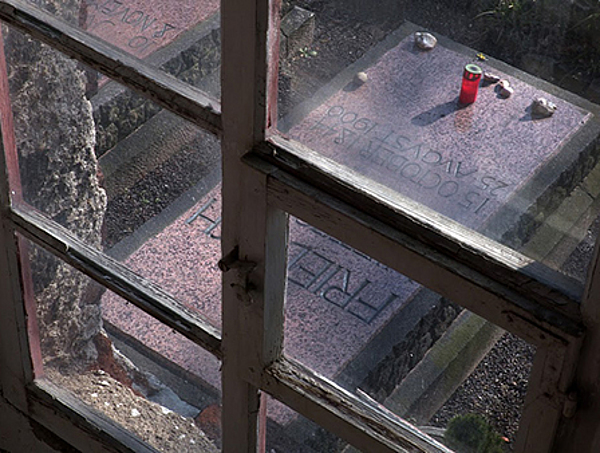 James T. Hong speaks to Artforum’s Lauren O’Neill Butler about his performance and installation “Nietzsche Reincarnated as a Chinese Woman and Their Shared Lives,” currently featured within the 10th Taipei Biennial. He speaks about interest in Nietzsche as a young man and the crystallization of his project. He says, “My experiment is not a strict Buddhist interpretation of Nietzsche’s thought (to me this doesn’t work), but rather a quasi-Nietzschean interpretation of Mahayana Buddhism vis-à-vis morality—if that makes any sense.” Read Hong in partial below, in full via Artforum.

I FIRST HEARD OF NIETZSCHE as a critic of Christianity (“God is dead and we have killed him”) while I was in high school, but I didn’t study him until college. Like many other disaffected young people, I was drawn to Nietzsche’s writings as a sort of antidote to mainstream malaise and as a weapon against the status quo. I was actually led to Nietzsche via Schopenhauer, as I was studying Western philosophy and interested in the metaphysics of the will and theories of truth at the time. By graduate school I had grown beyond Nietzsche, or so I thought, but I always returned to his writings for inspiration or simply out of boredom.

Two things inspire my current project: I had been researching the concept of morality in East Asia and then I got the chance to revisit Nietzsche’s grave and birthplace in Germany. Nietzsche’s critique of morality and my own research took some similar roads, though I am now more influenced by Buddhist and Confucianist thought than by any antiquated critique of Christianity. I remembered that Nietzsche claimed to be the “Buddha of Europe” in a crazed letter, and then the project just crystallized. My experiment is not a strict Buddhist interpretation of Nietzsche’s thought (to me this doesn’t work), but rather a quasi-Nietzschean interpretation of Mahayana Buddhism vis-à-vis morality—if that makes any sense.

The performances entail a live monologue that takes place inside a sizable room bounded by four large video screens—a chamber of thoughts and images. Since the screens are arranged in a square, only two adjacent screens are completely visible to the viewer from any particular perspective. Screens that face each other cannot be viewed simultaneously; one must turn one’s head. Thus different perspectives will offer different combinations, different interpretations. Audience members are invited to sit on benches in the center of this room, though they are free to move around (or leave), if they so choose. I can’t say much more about the installation, as some details are still in flux. My inspirations include live theater, benshi (the Japanese art of narrating silent movies, which was also performed in Taiwan during Japanese occupation), karaoke, and propaganda rituals in schools that indoctrinate students with state-sponsored ideologies.

As an experiment, I see this project as an unusual biography, not of Nietzsche’s life, but rather of his afterlife. Relative to the metaphysical chronology of my project, “soul number zero” refers to Nietzsche himself, as the work begins at his death in 1900 and proceeds through a number of his post-1900 incarnations, souls, and memories—as a single-celled organism, an invertebrate, a bug, definitely a worm, and eventually a Chinese woman—metempsychosis on four video screens. The woman as narrator will mention the idea of the eternal recurrence, while images will illustrate it in subtle and not-so-subtle ways. Incidentally, some metaphysical aspects of Buddhism echo Nietzsche’s thought of the eternal recurrence.