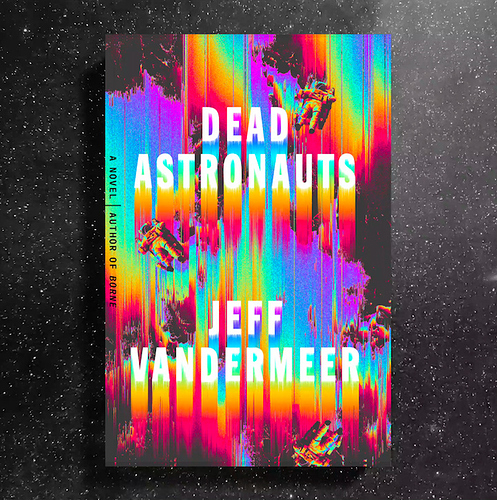 In the Los Angeles Review of Books, cultural theorist Alison Sperling reviews Dead Astronauts, the new novel from acclaimned sci-fi writer Jeff VanderMeer, author of the influential Southern Reach Trilogy. VanderMeer is perhaps the most celebrated practicioner of the New Weird in contemporary fiction, a current that updates the eerie atmospheres and bizarre netherworlds of writers like H. P. Lovecraft and Edgar Allen Poe for a present confronted by ecological disaster and ominous technology. As Sperling writes, Dead Astronauts is VanderMeer’s most experimental work to date, with a fragmented narrative that reaches no comfortable resolution but nonetheless manages to convey the desperate pathos of our times. Here’s an excerpt from the review:

VanderMeer’s novels, as one might claim is true of the larger project of the contemporary Weird, collectively attempt a kind of un-knowing — an engagement with what cannot be represented, stories that cannot be told. Rather than shy away from attempts to inhabit unknowable, often nonhuman narratives, VanderMeer’s fiction seems to acknowledge the limitations of the human while still committing to the imaginative work of exploring the impossible. Offering only partial understanding and knowledge for readers, VanderMeer’s work engages in a form of critical negativity that perhaps reflects the increasing estrangement of humanity from the ability to comprehend and act (effectively, collectively) in response to the global devastation of colonialism, late capitalism, and the effects climate change. His new novel, Dead Astronauts , perhaps the most weird yet, is an exploration into the ways in which resistance to these forces (which are embodied in the novel as the nefarious “Company”) can and should persist even in the face of impending failure.