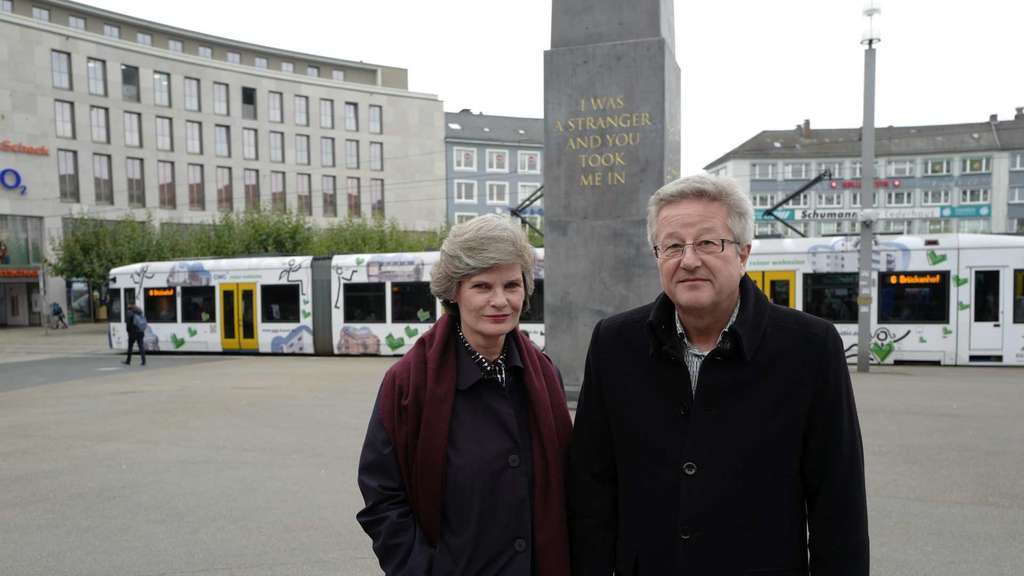 The following is a translation of an interview with Annette Kulenkampff and Frank Petri, the managing director and CFO of documenta, respectively. The interview was originally conducted in German by Rainer Hahne and published in EXTRA TIP on October 3, 2017. See →.

documenta Deficit: An Interview with CEO Kulenkampff and CFO Petri

We experienced the largest documenta of all time, but no one is talking about that any more. The only subject being discussed now is money. EXTRA TIP talked with managing director Annette Kulenkampff and CFO Frank Petri about the deficit of millions.

ET: Is it possible yet to reliably say what the result is?

Petri: Reasonably so, yes. But it ranges from five to six million, which is a very big difference. Including VAT this means seven million euros. But this tax will be returned to us.

ET: The partners have pledged a sum of eight million.

Kulenkampff: That’s right. Because the VAT in Greece, for example, will only be returned in 2018. But with eight million we are on the safe side.

ET: Until Mayor Hilgen resigned, everything was okay?

Petri: Yes. We did have a small deficit, but we were very optimistic that we could compensate it.

ET: When did this optimism wane?

Kulenkampff: In 2016 we finished exactly to plan. We had one million in our account. During our last talk with Hilgen, we were considering allocating this money to documenta 14. But to this day there has been no final decision in that regard. documenta was never insolvent or bankrupt. We informed those responsible in due time that more money would be needed from October. We informed Mr. Geselle at an early stage that there might be a deficit of 2,2 million euros. He, too, thought that this financial gap could be closed with the sum in our account and the projected visitor numbers. At that time, the visitor numbers exceeded expectations by 17 percent. The budget is always a wager on the future.

ET: When did the financial gap open up again?

Petri: Crucially, we were faced with the fact that the costs for all security measures were planned thoroughly as well as the arrival of the final invoice for the outgoing transport of the artworks.

Kulenkampff: There had never been a security concept for a documenta before. It was a long, difficult process to develop one. The state police administration made very stringent demands. The police, the city, and documenta had to sign. Video surveillance was requested. We were able to avoid that, but it still cost more than a million euros. The transportation of historical art was also expensive. All in all, that amounted to 500,000 euros more including the return transport.

ET: Something is still missing.

Kulenkampff: The travel costs for the artists from all over the world were much higher than expected. And because of the hot summer, energy costs in Greece were higher. So we raised our forecast. There is still no bill. Nor do we know whether or not we have to initially pay the VAT for the invigilators in Greece.

Kulenkampff: True. This year, fewer visitors came in the second half. The coverage during the last week alone cost us 20,000 visitors. That equals 320,000 euros. People thought that documenta was bankrupt.

ET: So the income amounts to 34 million, and the expenditure to around 39 million?

Petri: Calculated over five years, that’s right. We can provide more precise figures at the end of the year. The final report will be presented at the beginning of 2018.

ET: And what part did artistic director Szymczyk play?

Kulenkampff: We could have managed the extra costs in Athens, but there was a lot more than that. Naturally, there were intensive discussions between the management and the artistic director. But there were always reasonable solutions. We staged two events that each lasted one hundred days. That increases the risk.

ET: A heavy burden on the few long-term employees.

Kulenkampff: Nobody could take a break. None of us had a substitute. None of us could enjoy documenta for even a second. And no one thanks the employees. Although the story of documenta is a huge success. Many have worked for this for decades.

ET: Finally, could you say something about the audit report.

Petri: The result is clear. Everything happened sensibly. The conclusion is that there was no personal misdemeanor that led to the deficit. This is a relief for the management. Incidentally, our bank account is still in the black today. So much for the topic of bankruptcy.