From Eco-Art to Biopolitical Struggle on the Eve of COP21 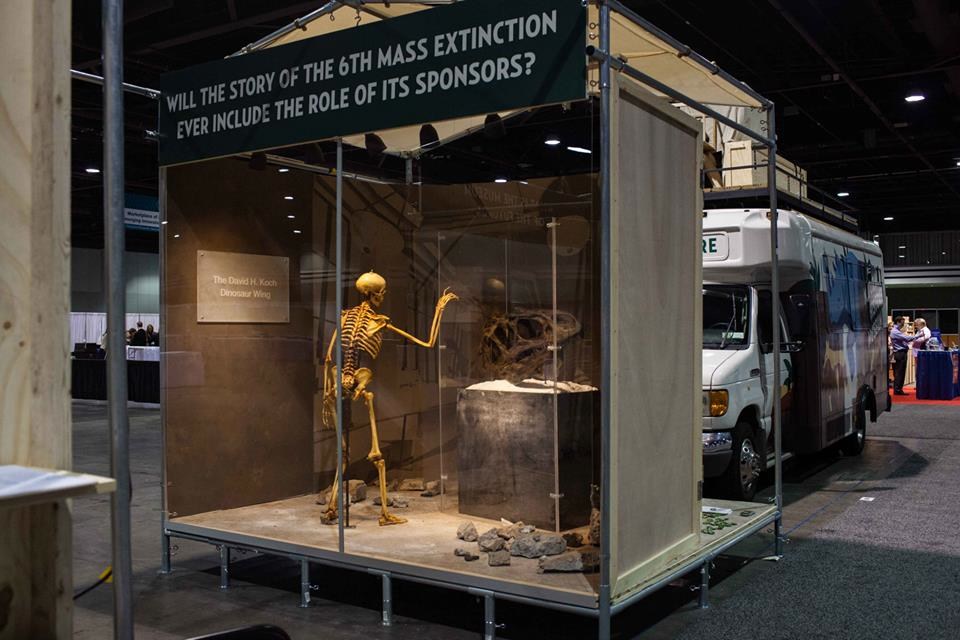 The November issue of the Brooklyn Rail features a host of responses from artists and intellectuals to a questionnaire circulated by the magazine on the subject of art and ecological crisis. Here are the questions it included:

What function, then, should art serve in the context of the current environment and social concerns, and to what degree of efficacy? Should it solely problematize, polemicize or theorize? Or can art provide an aesthetic, emotional, and beautiful experience while empowering direct environmental action and policy change? Can beauty infiltrate and influence public opinion? What audience should it reach? Can direct human action, organization, and creation effectively take art into a public space? Can art convey a message without being overly didactic? How can it find a common in, and tear down cultural, racial, and economic boundaries?

Below is an excerpt from art historian Yates McKee’s response, entitled “From Eco-Art to Biopolitical Struggle on the Eve of COP21.” The response can be read in full here:

From the perspective of art history we have arguably reached a metabolic rift wherein ecology cannot be considered as one among other topics with which art might seek to engage (as was long the case with the subgenre of “eco-art”). As intimated by the questionnaire’s reference to Murray Bookchin, ecology should be rethought in terms of a general biopolitical struggle against capitalism, setting the horizon for any possible avant-garde concern with art and life.