Frédéric Lordon: The European Union must be dismantled in the interest of democracy 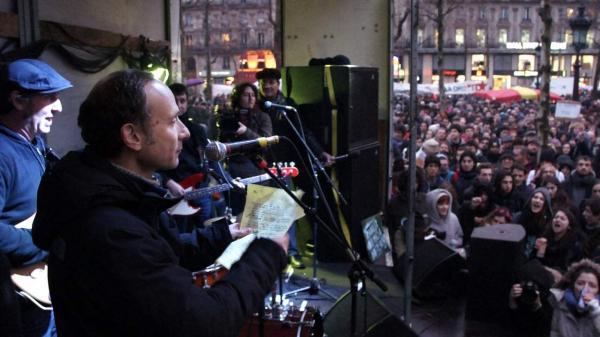 In the wake of the shocking Brexit vote, some left-wing forces across continental Europe have called for a “re-democratization” of the European Union in order to avoid a similar outcome there. But as Frédéric Lordon argues at the Verso blog, it is impossible to re-democratize the EU because it was not designed to be democratic in the first place. Instead, it was a neoliberal project designed to concentrate financial and political power in the hands of certain transnational bodies and certain strong national governments, like German. If we want greater democracy in Europe, writes Lordon, the EU must be dismantled, not repaired. Here’s an excerpt from the piece:

To repeat: if the alternative is ‘either we change Europe or it will die’, then it will die. A cut-price parody of democracy is not going to keep the EU alive for very long. So the question must shift terrain: it is no longer a question of the chimera of a ‘democratic European Union’ but of the best means of putting an end to the irremediable despotism of European neoliberalism.

Given how unable it is to transform itself, the European Union can now only choose by what means it will disappear: through obstinacy and a terminal explosion, or an ordered deconstruction process. And an ordered process means a mutually agreed path, a sort of cooperative dissolution agreement, coolly-made. We might mention in passing that if there is indeed a point of convergence that increasingly does look likely to emerge, it is that of everyone understanding that they have a common interest in cutting their losses.

Moreover, such a process could take on different forms: that of a simple return to the national level, which does not at all exclude the maintenance (or even deepening) of the varying degrees of cooperation that are already in place (in industry, in science, etc.), but without any formal integration. Or perhaps that of an open proposal for the reconstruction of ‘Europe’ – and I put ‘Europe’ in quote marks because its perimeter could not of course be the same as that of the defunct EU or its Eurozone. It would instead invite the states who want to (and some do not) gather around a real principle of democratically organising the various fields of integration. (And it is, we might note in passing, probable that they could not go as far as constituting a complete political community.) It is, in any case, in this sort of sense that Lexit takes on its full meaning. Indeed, whoever takes the trouble will notice that the word Lexit is not formed on the basis of a contraction of any country name - itself attesting to its consistency with a well-understood internationalism.

Through a cruel paradox, it increasingly seems that in the name of virtue ‘another Europe is possible’ is in fact involuntarily making things worse. Not through the project of ‘another European Union’, as such, but through its on-principle refusal to imagine the slightest form of rupture. This condemns it to non-existence on a spectrum of political supply that it is already difficult to enter onto. That is especially true when the popular resentment against the EU has – quite legitimately – broken through a critical threshold. Perhaps meaning that it has passed a point of no return.

Image of Frédéric Lordon via the Verso blog.