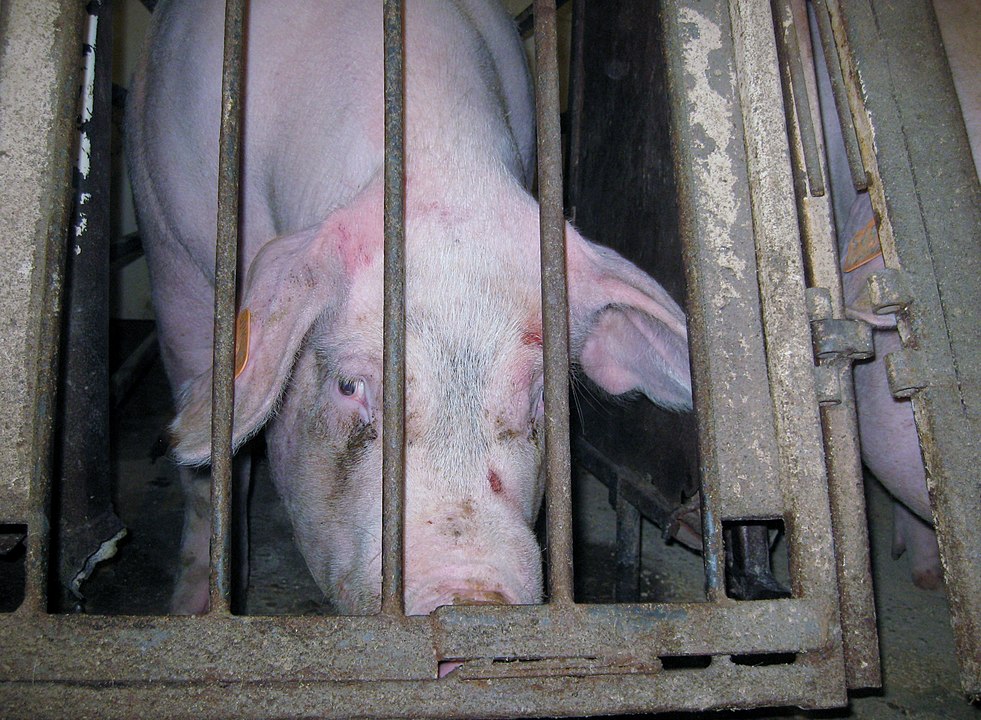 In the Boston Review, environmental historian Troy Vettese reviews two books that examine factory farming on opposite sides of the Iron Curtain: Porkopolis: American Animality, Standardized Life, and the Factory Farm by Alex Blanchette, an ethnography of a modern US pork plant; and Communist Pigs: An Animal History of East Germany’s Rise and Fall by Thomas Fleischman. The books show that pig farming at industrial scale, whether capitalist or communist, involves hellish working conditions, environmental destruction, and untold animal suffering. Vettese argues that industrialized food systems in general create unethical and unhealthy relationships between humans and animals, treating the latter as objects for human consumption instead of sentient creatures. Ironically, Vettese suggests that a model for more ethical human–animal relations are provided by some of the factory workers themselves. Here’s an excerpt from the piece:

Grisly exposés are as old as the meat industry itself, but Blanchette is not interested in scandal. The genre implies that the meat industry is a secretive outlier or that it can be redeemed through liberal reform. Books in this mode tend to steer between industrial horror and vegan asceticism to arrive at the safe harbor of the small farm, yet here too Blanchette departs from the norm. He does not believe that bucolic romanticism has anything to offer us now, an insight that was plain a century ago to the political economist Thorstein Veblen. Veblen ridiculed “the Independent Farmer of the poets” as a “holdover” from an “obsolete past” and predicted his doom “under the dominion of absentee ownership in its later developed phase.” Veblen also stressed that “the case of the American farmer is conspicuous; though it can scarcely be called singular.” In similar fashion, Blanchette recognizes that the meat industry isn’t a macabre exception but rather is typical of contemporary capitalism, even if its extremes make contemporary tendencies more readily apparent. Like the bodies of the pigs it has engineered, the meat business has become a vast, fragile beast teetering on the brink of ecological and financial ruin.

Image by Mercy For Animals Canada, CC BY 2.0. Via Wikimedia Commons.