Eugene Thacker on Mark Fisher's “The Weird and the Eerie” 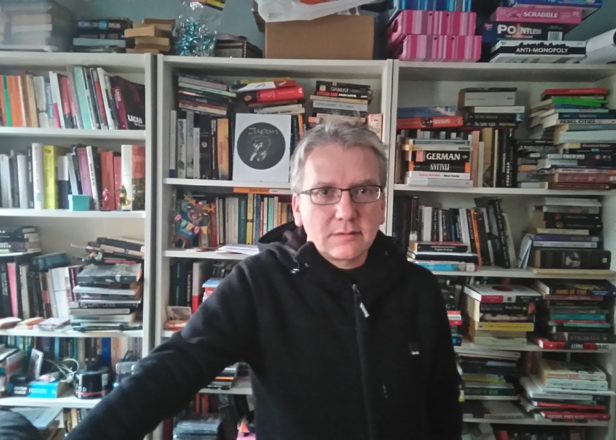 At the boundary 2 blog, Eugene Thacker—who has written his own share of books on spooky subjects—reviews Mark Fisher’s final book, The Weird and the Eerie. As Thacker writes, The Weird and the Eerie goes beyond much recent scholarship on the horror genre by decentering the human perspective; rather than asking how horror films and stories illuminate our place in the world, Fisher asks how they illuminate the nonhuman dimensions of the universe. In the excerpt below, Thacker explains the key terms that shapes Fisher’s book: “the weird” and “the eerie.” In the closing paragraph of his review, Thacker also offers a moving remembrance of Fisher.

Fisher’s terms are relatively clear. “What the weird and the eerie have in common is a preoccupation with the strange.” For Fisher, the strange is, quite simply, “a fascination for the outside […] that which lies beyond standard perception, cognition and experience.” But the weird and the eerie are quite different in how they apprehend the strange. As Fisher writes, “the weird is constituted by a presence – the presence of that which does not belong.” There is something exorbitant, out-of-place, and incongruous about the weird. It is the part that does not fit into the whole, or the part that disturbs the whole – threshold worlds populated by portals, gateways, time loops, and simulacra. Fundamental presumptions about self, other, knowledge, and reality will have to be rethought. “The eerie, by contrast, is constituted by a failure of absence or by a failure of presence. There is something where there should be nothing, or there is nothing where there should be something.” Here we encounter disembodied voices, lapses in memory, selves that are others, revelations of the alien within, and nefarious motives buried in the unconscious, inorganic world in which we are embedded.

The weird and the eerie are not exclusive to the more esoteric regions of cosmic horror; they are also embedded in and bound up with quotidian notions of selfhood and the everyday relationship between self and world. The weird and eerie crop up in those furtive moments when we suspect we are not who we think we are, when we wonder if we do not act so much as we are acted upon. When everything we assumed to be a cause is really an effect. The weird and eerie are, ultimately, inseparable from the fabric of the social, cultural, and political landscape in which we are embedded. Fisher: “Capital is at every level an eerie entity: conjured out of nothing, capital nevertheless exerts more influence than any allegedly substantial entity.” There is a sense in which, for Fisher, the weird and the eerie constitute the poles of our ubiquitous “capitalist realism,” prompting us to re-examine not only presumptions concerning human agency, intentionality, and control, but also inviting a darker, more disturbing reflection on the strange agency of the inanimate and impersonal materiality of the world around us and within us.

Fisher’s interest in Lovecraft stems from this shift in perspective from the human-centric to the nonhuman-oriented – not simply a psychology of “fear,” but the unnerving, impersonal calm of the weird and eerie. As scholars of the horror genre frequently note, Lovecraft’s tales are distinct from genre fantasy, in that they rarely posit an other world beyond, beneath, or parallel to this one. And yet, anomalous and strange events do take place within this world. Furthermore, they seem to take place according to some logic that remains utterly alien to the human world of moral codes, natural law, and cosmic order. If such anomalies could simply be dismissed as anomalies, as errors or aberrations in nature, then the natural order of the world would remain intact. But they cannot be so easily dismissed, and neither can they simply be incorporated into the existing order without undermining it entirely. Fisher nicely summarizes the dilemma: “a weird entity or object is so strange that it makes us feel that it should not exist, or at least that it should not exist here. Yet if the entity or object is here, then the categories which we have up until now used to the make sense of the world cannot be valid. The weird thing is not wrong, after all: it is our conceptions that must be inadequate.”

I really don’t get all of this excitement about Thacker.
His “Cosmic Pessimism” provides some moderately well written but ultimately negligible observations on the pessimist tradition. His trilogy on Zero Books of which I read the first volume seems to apply Schopenhauerian Metaphysics onto fashionable topics from popular culture (Black Metal, Horror-Movies, Lovecraft…). This is certainly fun to read, but I don’t see why people find it so very original, and - above all - i can’t derive any of emancipatory perspective from this sort of theorizing existence as “unthinkable”.
I also don’t get Mark Fishers involvement with those seemingly leftist “Nihilists” of Brassier-fame.
Is it because they all hung around Nick Land’s Seminars in the 90s?
Maybe someone can help me out with my ignorance towards this sort particular branch of contemporary theory.