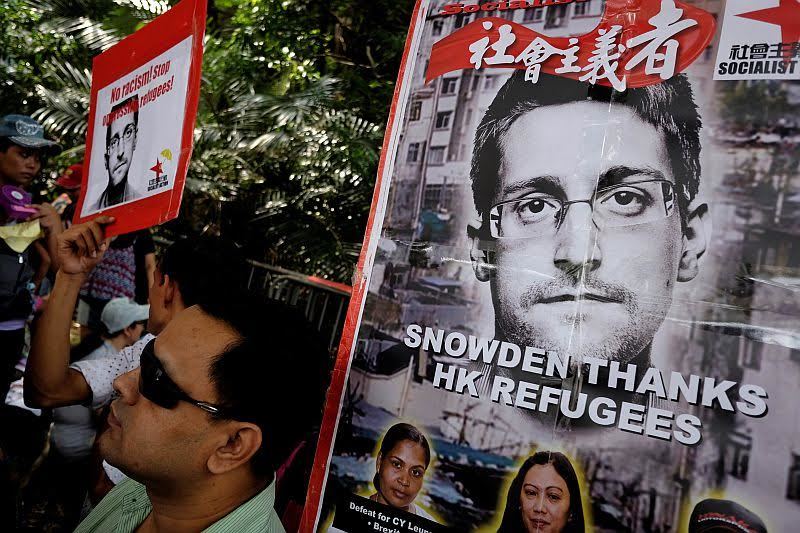 My name is Edward Snowden.
I am 29 years old.
I worked for Booz Allen Hamilton as an analyst for the NSA.

In Laura Poitras’s Oscar-winning documentary Citizenfour and Oliver Stone’s heroic movie Snowden, we witness the moment when the statements above shocked the world. The room in downtown Hong Kong’s Mira Hotel in which Edward Snowden identifies himself to journalist Glenn Greenwald and documentarian Laura Poitras as the person who disclosed thousands of classified documents from American and British national security agencies quickly became a historical landmark. In Citizenfour we see firsthand the emotions, stress, and build-up to Snowden’s revelations; however, not all parts of his dramatic escape and disclosure made it to the big screen. The thrilling sequence in which Snowden leaves the Mira Hotel and then turns up in Moscow leaves out two important weeks during which Snowden went into hiding in Hong Kong, sheltered by a series of refugee families.

Until Sönke Iwersen, an investigative journalist for the German newspaper Handelsblatt, started looking for answers, it was never clear where Snowden holed up during those critical weeks. The United States had been demanding his return, and Iwersen found out that Snowden went to a United Nations office to apply for refugee status in an attempt to avoid extradition. He then stayed with various refugee families in Hong Kong, before flying to Moscow on June 23. “I thought that every story about Snowden was told, as if the media had covered every part of it,” said Iwersen at the 33rd Chaos Computer Club Congress (CCC) in Hamburg late last December. “But actually, there was a big part missing and I want to tell you about the people who both saved his life and who have remained silent for the last three years. Many people have taken credit in the Snowden story, but those who actually saved his life have remained silent, and now they’re in trouble.”

Founded in Germany in 1981, the CCC is an idealistic political hacker movement comprising thousands of hackers from around the world. They believe everyone, worldwide, is entitled to free communication and information. Meeting every year between Christmas and New Year’s Eve, the CCC congress was organized this year with the theme “Works For Me,” and brought together 12,000 people at 33C3 in Hamburg. On the second day of the conference, Iwersen was joined on stage by human rights lawyer Robert Tibbo to talk about his clients who hid Snowden: Supun and Nadeeka Thilina Kellapathahi, a couple from Sri Lanka, Vanessa Mae Bondalian Rodel, a maid from the Philippines and Ajith Pushpakumara, a former soldier from Sri Lanka. Tibbo explained that he called upon this unlikely group to protect Snowden because they had a lot of practice evading authorities. “Everyone was after Snowden at this time. The NSA, CIA, Chinese intelligence services, hundreds of journalists—everyone was chasing him,” said Tibbo. “We needed to take him off the radar as soon as possible. He was an asylum seeker at that point, and many of my clients are refugees, so it made sense to place him in the middle of the city within the refugee community because he was part of that community, too,” continued Tibbo. “The second reason was that in Hong Kong, the social status of refugees is completely marginalized and they are considered the Hong Kong version of untouchables.” The refugees knew that when you flee, you depend on other people to help you move, and that the kindness of strangers can mean the difference between life and death. For them, Snowden was one among them. 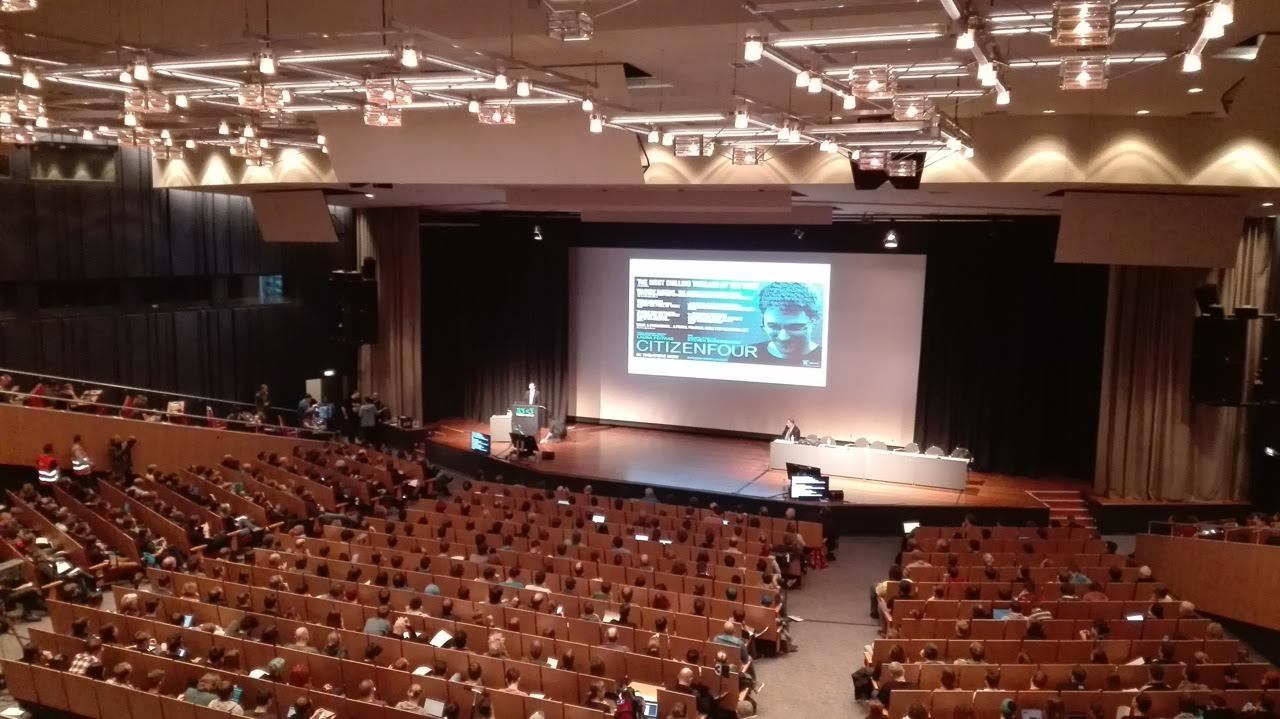 But there’s one big difference: after two weeks, Snowden was able to flee to Moscow, whereas his guardian angels are still stuck in Hong Kong. Since 1992, the acceptance rate of refugees in Hong Kong has been only 0.56 percent per year. Even before they harbored Snowden, the likelihood that Supun, Nadeeka, Vanessa and Ajith would be allowed to stay in Hong Kong was very small. But after refusing to answer questions about Snowden or cooperate with interrogations and investigations, their chances are nil. Moreover, since their identities are known, these refugees no longer receive assistance from the ISS-HK (International Social Service of Hong Kong) and no longer get food, shelter, education for their children, or medical care, though the ISS-HK itself denies this. As refugees, they are not allowed to work, so these families are now fully dependent on donations. Tibbo set up a crowdfunding webpage to help meet the basic needs of all three families, and Snowden, Greenwald, and Poitras sent them 20,000 US dollars to help make ends meet. Snowden has also expressed his gratitude in other ways, stating in an interview with Iwersen for Handelsblatt that, “These people have gotten up every morning in the face of tragedy and persecution, and go to sleep each night with whole families in a single bed. And though they have nothing, they risked everything to do what is right. What I thought I knew about bravery was nothing compared to what I saw in Hong Kong.” He has also asked his Twitter followers to donate to the refugees who kept him safe.

Giving a face to this story, the emotional high point of the CCC congress was a glitchy video call with Snowden shelterer Vanessa Rodel. “The night I met Snowden, I didn’t know who he was,” said Rodel. “I saw an unknown white man in front of my door who needed shelter.” She let him sleep in her bed while she and her daughter slept on the floor. Snowden hid his passport in Vanessa’s refrigerator. “The next morning, Ed asked me if I would buy an English-language newspaper for him. When I arrived at the kiosk and saw his face on all the front pages, I was terribly shocked. It was the first time I understood who the man waiting in my house was. It was very strange to realize that the man sitting behind his computer on my bed was the most wanted man in the world. And I needed to be super careful.”

“How can we help you, after you have given so much to help someone else?” asked someone from the CCC audience. Vanessa replied, her voice cracking: “I hope and wish you can open your heart for our cause and donate money for us so that our families can live and start a new life in another country. Please. Thank you.” Tibbo, who is the anchor for these refugee families in a city that doesn’t want them, added, “They are all stuck in limbo in Hong Kong. I’m not going to let them be left behind. They need to be granted asylum in Canada, or here in Germany.”

The refugee community was the ultimate lifesaver that allowed Snowden to avoid capture. On arrival in Moscow, Snowden received Russian asylum. This week, a day after president Obama commuted the sentence of Chelsea Manning, the Russian government extended Snowden’s asylum until 2020. A scenario, although far from ideal, of which Supun, Nadeeka, Vanessa and Ajith could only dream. Their situation deteriorated drastically after they sheltered the refugee-rockstar as they are caught in the double-bind of not being allowed to work and not being given enough resources to get by. Snowden, on the other hand, has been very successful in capitalizing his story, and last year he made over $200,000 in speaking fees. The privilege of being a whistleblower who is white and American, even if you’re being charged with Espionage Act violations, comes with an escape plan, resources and fame. In our current political climate, we talk often about refugees without much actionable result. Similar to the discourse surrounding climate change, divergent opinions drown out concrete solutions, without anyone taking ultimate responsibility. However different their stories, all the above narrators had to leave their home nation to secure their own safety. While refugees are often treated as a nameless mass rather than as individuals who exhibit incredible courage and resistance, the discussion around them reaches a saturation point when the individual vanishes and the urgency of the problem does not.