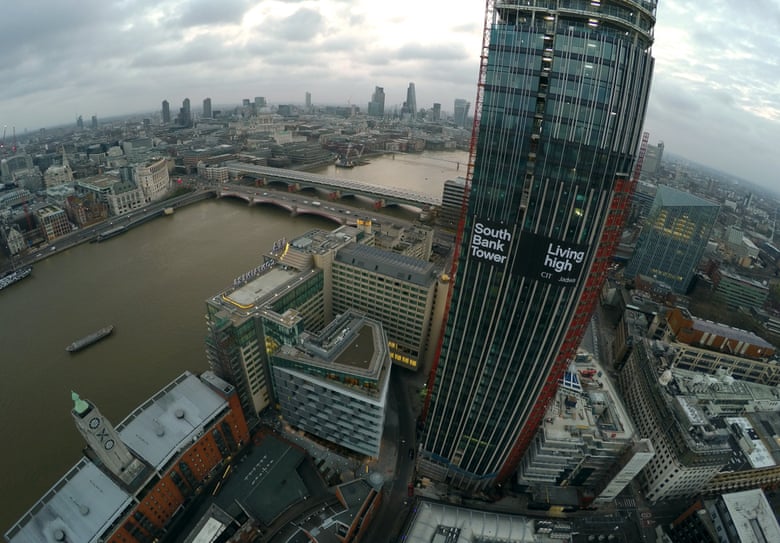 Bradley L Garrett writes about his experience as an amateur drone pilot and the increasingly few remaining legal zones to in which fly drones. Recently manning a drone in London’s Waterloo, Garrett was prevent from flying near South Bank Tower as the building now owns the air space. Previous regulations required drones to fly only 50 meters away from the building. Garrett proceeds to examine the ways atmospheric commons are dwindling; namely that the right to fly drones over politically important places and events such as the Standing Rock protests and refugee encampments are being taken away by governments aiming to protect their image. Read Garrett in partial below, in full via the Guardian here.

A similar situation unfolded in Ferguson, Missouri in 2015 during the unrest after the shooting of Michael Brown. Audio transcripts obtained by the Associated Press made it clear the TFR had been set up specifically to prevent “media” from flying over places where police were clashing with citizens. Legal experts say these restrictions were a blatant violation of the First Amendment of the US Constitution, protecting freedom of the press.

Many of these pilots may not be paid journalists, but as Jason Koebler argued in Motherboard: “By any definition of the word, the drone pilots documenting the Dakota Access Pipeline protests are conducting journalism. The videos, live streamed to Facebook and later posted on YouTube, have shown human rights abuses, caught police in lies, and – in the case of the numerous videos that show their drones being shot at by police – have documented law enforcement committing federal crimes.”

Is it in the public interest to create exclusive air lanes for Amazon but deny them to photographers recording events, hospitals delivering blood, researchers collecting data or activists making their voices heard? Leigh Raymond, professor of political science at Purdue University, Indiana, advances the wonky but useful concept of an “atmospheric commons” to describe our shared rights to the air. Perhaps it is time to imagine the atmospheric commons as a space for public rambling and exploration with drones, balloons, satellites and as-yet-unforeseen flying objects.

Geographer Jeremy Crampton suggests that not doing so could lead to dire consequences: “It has been long established that the sky is public – otherwise each airplane would have to get permission to fly over your property. This is akin to the concept of international waters on the ocean. But as with international waters, this public space is becoming increasingly and deliberately enclosed, in what might constitute a modern ‘enclosure of the commons’.”

Commons, whether on the ground or in the air, will continue to be contested, since they are, by their very nature, shared. If you look up, in any city in the world, what you see is a common: a space where our work lives and personal lives can and should intermingle.