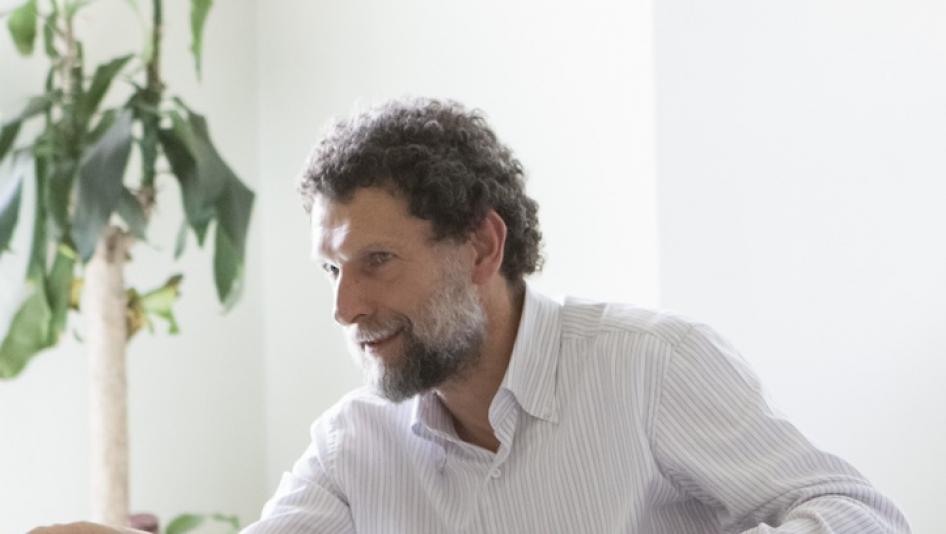 The Turkish magazine Duvar reports on the situation of political prisoner Osman Kavala, a human-rights activist who has been imprisoned without trail in Turkey for more than eight hundred days:

An Istanbul court has ruled to keep prominent philanthropist, businessman and human rights activist Osman Kavala in jail during a hearing that was marked by protests.

During the hearing held on Jan. 28, the lawyers of Kavala, who has been in jail for 819 days, demanded recusal over the court’s decision to not abide by the European Court of Human Rights (ECHR) call for Kavala’s release.

They also criticized the court for taking the testimony of Murat Papuç, a witness in the case, without the presence of defense lawyers.

“By hearing witness Murat Pabuç, you violated the Law of Criminal Procedure in no less than 7 different aspects,” Osman Kavala’s lawyer Köksal Bayraktar said, while another lawyer, Turgut Kazan, also slammed the court over Papuç’s testimony and demanded recusal.

For the full article, visit duvarenglish.com.