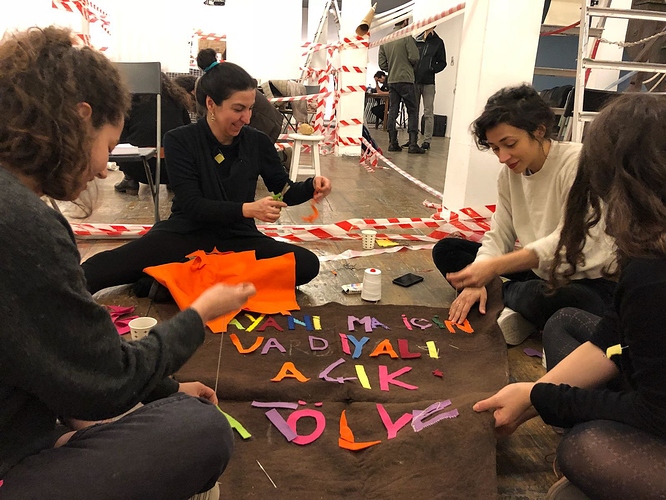 The following statement is reposted from cimam.org

The civil society activist and philanthropist Osman Kavala has been held in prison in Turkey for over a year now, one of the many public intellectuals and cultural figures targeted following the attempted coup in July 2016. Kavala is co-founder and Executive Board Chair of Anadolu Kültür (Anatolian Culture). Anadolu Kültür is known primarily for the independent not-for-profit art space Depo, but Anadolu Kültür has worked over the past fifteen years in a variety of domains of arts and culture, from the TANDEM program, enhancing collaboration between Turkish and European cultural administrators, up to issues related to cultural heritage. Kavala has been accused of ‘attempting to annihilate the constitutional order and the government of the Republic of Turkey and preventing the government from fulfilling its duties’ and of being one of the organizers of the Gezi Park Protests. Despite the long period he has spent in detention no evidence against him has been presented and at this point there is no indictment against him. Further information about his case can be found on www.osmankavala.org/en.

On November 16th, 2018, the Turkish police took into custody thirteen prominent academics and civil society representatives including several Board Members and advisors of Anadolu Kültür: Asena Günal, Yiğit Ekmekçi, Hakan Altınay, Meltem Aslan and Çiğdem Mater. Most of them were released on bail the following day and are now subject to a travel ban while they wait to hear more about the cases against them.

The European Union issued the following statement in relation to these events: eeas.europa.eu/delegations/council-europe/54610/eudel-statement-situation-turkey_en.

CIMAM, the international association of contemporary art museums, is deeply concerned by these events which it considers to be in violation of Turkey’s commitments to human rights and the fundamental freedoms of transparent debate and the exchange of ideas within society. CIMAM believes this situation represents systematic harassment of leading cultural professionals and we wish to express our solidarity with our colleagues in Turkey. CIMAM asks for Osman Kavala to be immediately released and for a lifting of the travel bans and an immediate resolution of the cases against the individuals listed above.