Brian Holmes: "After Chimerica: Bioregionalism for the City of Ashes" 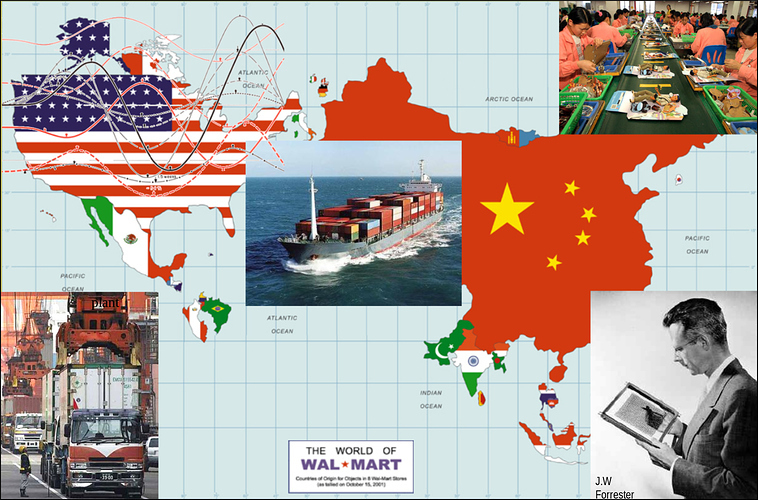 At the website of the academic journal boundary 2, Brian Holmes sketches the contours of what a post-globalization world might look like. He observes that the economic interdependence between China and the US that drove globalization in recent decades is breaking down. This presents an opportunity to undo certain aspects of neoliberalism, if we can get organized and imagine alternatives. One alternative he proposes is an updated version of bioregionalism, an eco-based form of regional social organization that first emerged in the 1970s and '80s. Here’s an excerpt from the piece:

Latour argues that after the failure of globalization, what matters is the defense of one’s own territory. But the defense should paradoxically be carried out in a way that opens up the territory to the relations of co-dependence that form a shared world. This requires the recognition of multiple entities as legitimate partners in a process of negotiation: species, soils, rivers, technological systems, human groups, etc. How can that negotiation be opened up on one’s own territory? That’s the real question of the present. It’s not about creating a new world, it’s about perceiving an existing one. So perception itself becomes urgent – urgent for defense. Because on the one hand, the failure of the liberal or Chimerican world order can always lead back to a zombie politics, a poisoned opposition between the Local and the Global. And on the other, even if we get over Trump, Bolsonaro, Brexit, etc., capitalism will continue bank on the infinite exploitation of a finite earth, probably through renewed economic collaboration with China.

Like others, I’ve become convinced that the times require an engagement with the entangled fates of multiple species. Yet such an engagement must remain open to the full complexity of twenty-first century society. It’s about the political ecology of a bioregion, conceived as a matter of governance. To put it short, it’s about a bioregional state. There’s only one place in North America where this type of engagement is being developed at scale, within a territory conceived by many as a transnational home, where plant and animal species are widely understood to share human destinies. The place is known as the Pacific Northwest, but it’s also known to inhabitants as Cascadia. So in 2018 I began a mapping project about the bioregional state, under the title Learning from Cascadia.