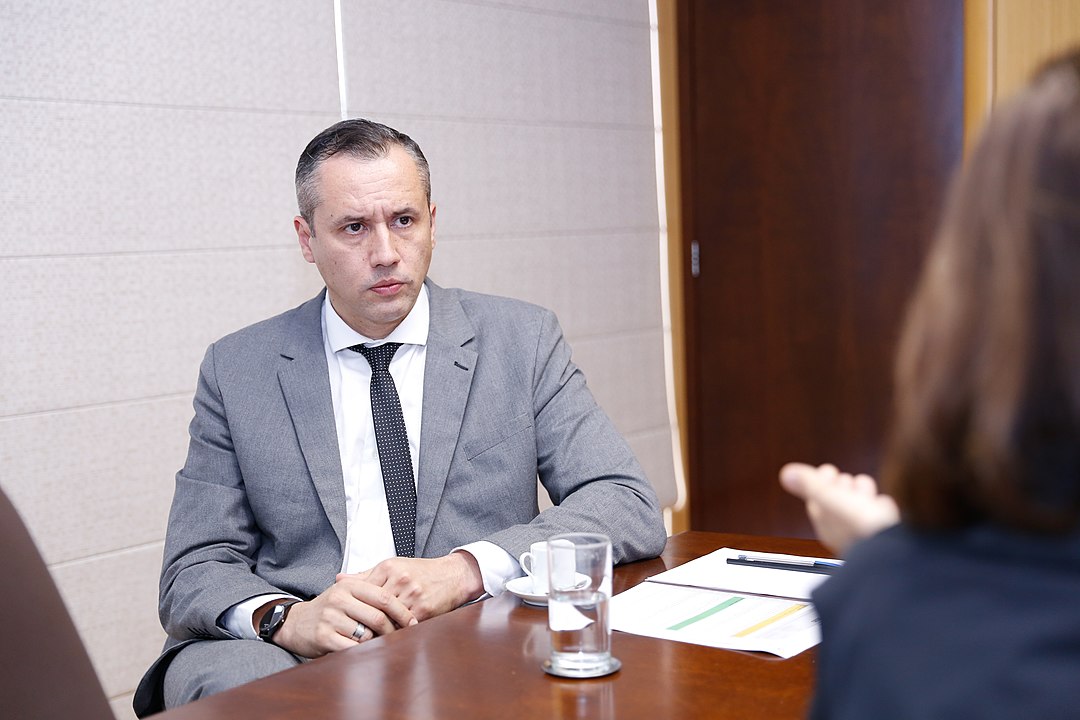 As Ernesto Londoño reports in the New York Times, Brazil’s conservative culture secretary Roberto Alvim was fired last week after a video on social media showed him delivering a speech that included unattributed quotes from Joseph Goebbels’s infamous 1933 speech on Nazi art. The topic of Alvim’s speech was a new national grant program that he said would support “a culture that doesn’t destroy, but one that will save our youth.” Alvim’s remarks were too scandalous even for ultraconservative Brazilian president Jair Bolsonaro, who said that retaining Alvim would be “unsustainable.” Here’s an excerpt from the Times article:

It was the latest flash point in a broader debate over freedom of speech and culture in the Bolsonaro era. The president campaigned on a promised course correction after an era of rule by leftist leaders, whom he accused of trying to impose “cultural Marxism.”

Critics say that he and his allies are taking a dogmatic approach to the arts, the public education system and to sexuality and reproductive rights.

Mr. Alvim’s speech, which was posted on the culture secretariat’s Twitter account Thursday evening, shows Mr. Alvim speaking sternly sitting at a desk. Behind him is a framed photograph of Mr. Bolsonaro. A large wooden cross on his desk is featured prominently.

Careful observers were aghast after noticing that a few minutes into the address, Mr. Alvim uttered a few phrases that are remarkably similar to an infamous speech by Joseph Goebbels, the Nazi Germany propaganda minister.

Goebbels’s speech, delivered in 1933, was one of several in which he called on artists to back the Nazi vision. Art, he said, needed to be a “tool” free of sentimentalism that served the state’s aims, according to a biography of Goebbels written by the German historian Peter Longerich.