Arundhati Roy: "The Pandemic Is a Portal" 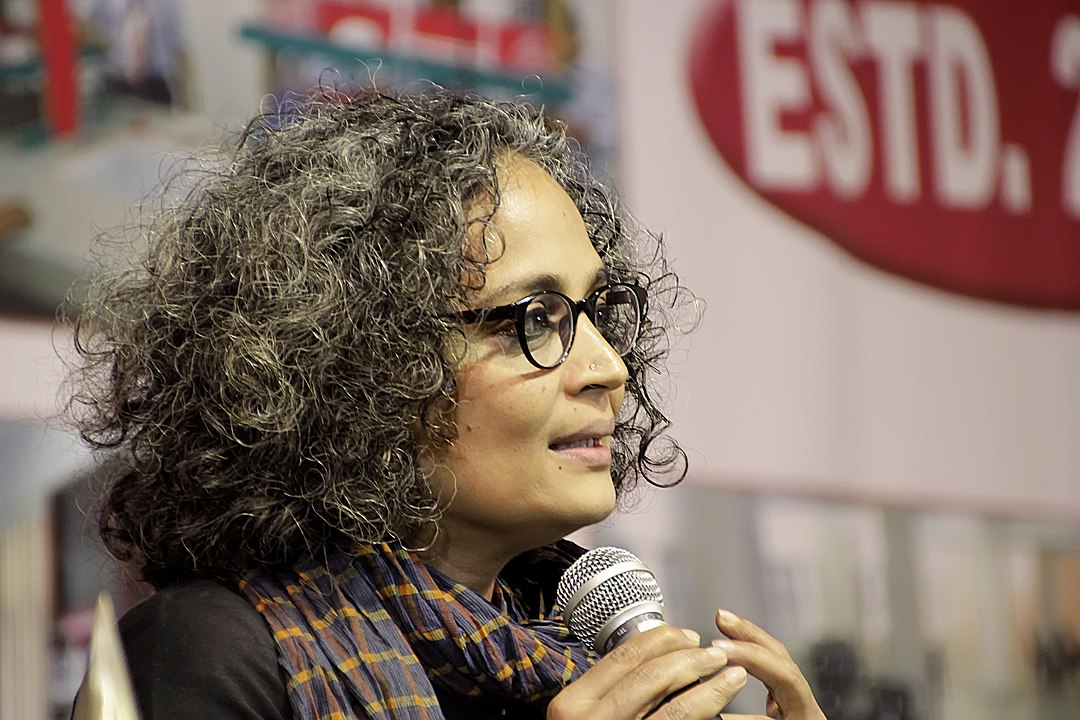 In the Financial Times, novelist Arundhati Roy describes the impact of Covid-19 in her native India, where the devastation of the virus is compounded by pervasive povery, inequality, and structural injustice. She recounts how the Hindu-nationalist government dragged its feet in responding to the outbreak, and how India’s poor have been largely left to fend for themselves. In these circumstance, suggests Roy, we should think of the virus as a potential “portal” into a new and more just world, not a temporary suspension of normality. Here’s an excerpt:

What is this thing that has happened to us? It’s a virus, yes. In and of itself it holds no moral brief. But it is definitely more than a virus. Some believe it’s God’s way of bringing us to our senses. Others that it’s a Chinese conspiracy to take over the world.

Whatever it is, coronavirus has made the mighty kneel and brought the world to a halt like nothing else could. Our minds are still racing back and forth, longing for a return to “normality”, trying to stitch our future to our past and refusing to acknowledge the rupture. But the rupture exists. And in the midst of this terrible despair, it offers us a chance to rethink the doomsday machine we have built for ourselves. Nothing could be worse than a return to normality.

Historically, pandemics have forced humans to break with the past and imagine their world anew. This one is no different. It is a portal, a gateway between one world and the next.

It’s not “China taking over the world” but the EXAMPLE of socialist China’s mass scientific mobilisation to beat the deadly pandemic that’s taking over the world.
For all its over-use of capitalist economic methods, the 1949 revolution has given China a workers state organisation and party leadership that WANTS to stop disease and bring science, sanitation, healthcare and education to its vast population. Prior to the revolution, an outbreak like this would have killed hundreds of thousands in China; instead the pandemic has been effectively defeated in months with a death rate of about 2 per million.
However well some advanced purely capitalist-led countries have coped with coronavirus, say South Korea, they had the advantage of China buying time for other countries to get their preparation to fight the disease into gear.
So why are so many dying in the USA and UK, and why were so many weeks of precious time wasted? Was it simply the typical callousness of the bourgeoisies of the UK and USA, and the under-resourced state of their healthcare systems as far as the poor are concerned?
Why do Trump and Johnson make out that this pandemic came as a surprise, a total mystery and was “unprecedented”? Huh? After SARS, Ebola, MERS, etc and the 1919 Spanish Flu etc, coronavirus came as a “shock”? Their lies are astounding and dirty fascism. The White House is full of ex-CIA and ex-Pentagon men who have done nothing in their careers except war game such germ warfare and pandemic scenarios.
Instead of believing any of Trump’s utter garbage, it is more to the point to consider that this global emergency is being exploited by the US Empire to cover up the new Great Crash of monopoly capitalism into financial catastrophe because this full collapse after the 2008 crisis was coming ANYWAY.
The Economic & Philosophic Science Review website says this in issue 1574 of 3 April: “The West’s Covid floundering reflects far more than incompetence and unpreparedness by a system which has stripped away health and welfare for a decade of austerity. From initial “herd immunity” plans ruling class cynicism has been to the fore, letting the virus run to “cull” poor and “surplus” population and now using pandemic to intensify trade war. Huge credit bailout a weapon for richer nations to drive others down, keeping monopolies intact while rivals are bankrupted. Far worse to come as underlying Catastrophe of capitalism’s crisis emerges from behind pretence the virus is to blame. Covid impact severe but only a trigger for imminent economic breakdown, the inevitable extension of 2008’s global collapse. Oncoming Slump far worse than 1930s and so too capital’s World War “solution”. Only revolution to create workers states can change anything. China’s collective victory over the virus good but hampered by Beijing’s revisionist weakness. Leninism vital”.
So Arundhati Roy’s thinking above that the COVID-19 disaster will expose so much of what is wrong with the world that it could enlighten the planet about what is really necessary to do is on the right track.
Why should the great mass of India’s population live cheek by jowl in unsanitary conditions, in precarious employment, under a Hindu nationalist regime that is scapegoating Muslims in order to keep more than a billion people divided and ruled? Why should they starve and die under a stinking rich exploitative ruling class?
But this pandemic crisis is going to give way to an even bigger global economic Catastrophe which will be consciously tipped into trade war and shooting war by the US Empire and all other imperialist powers, desperate to hang on to power, even if that means World War Three.
Surely world civilisation has had enough of this?