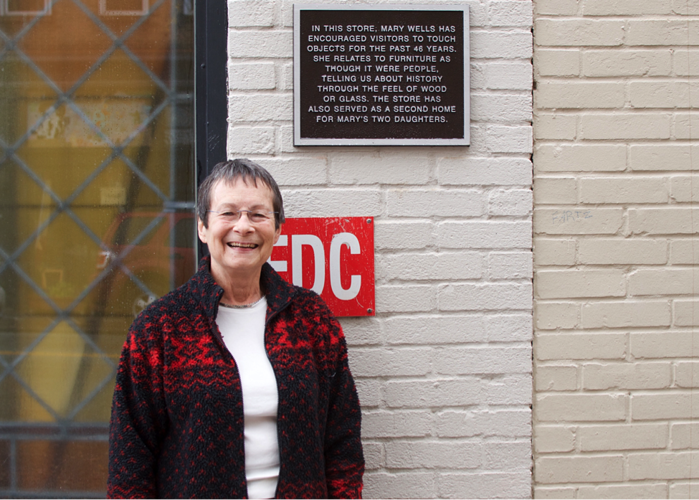 I want to ask what might conventionally be a minor aesthetic question: How might an artwork function to let its artist avoid accountability in their life, and how might it function to help them become accountable in their life? This question is more specific than the general question—asked at least since Rousseau’s Discourse on the Arts and Sciences—of how artistic culture might let a culture avoid accountability to basic expectations of social justice and of professional and personal integrity. Rousseau opened up the problem of ideology. I am asking about the philosophical relationship between artistic practice and the artist’s life. I am asking about it as an aesthetic question.

To discuss the question, I need to make clear my assumptions about philosophy. Contrary to what the research university suggests, the practice of philosophy has not traditionally aimed at theoretical answers divorced from how thinkers live their lives. At its origin when ancient Greeks starting using the neologism, “philosophy” indicated a practice in which people tried to live better by way of being thoughtful and communicative, spending time talking together as friends and trying to figure out what the order of the universe is and how to live clearly and well in it. Thus, a tradition was born lasting thousands of years in which philosophy is a way of life, an ethos, the root of our word “ethics.”

When philosophy appeared in ancient Greece, its practitioners emphasized plain considerations over esoteric oracles. They reasoned. What they did was, in spirit, out in the open, it was accountable. Everything was open to question, there in groups of talkative friends. No one held or could hold a purchase on sense.

Philosophers aimed at actually living more thoughtfully and meaningfully, too. Philosophy was intrinsically personal. It made no sense for something to be philosophical if it did not help those who shared in it live more thoughtfully.

The ancient word for thoughtfulness, logos, also meant an accounting. Accountability was built into the philosophical pursuit. Those who practiced philosophy were accountable for what they wanted, what they did, and what they thought. This accountability was so basic to the meaning of philosophy that the Roman tradition used the expressions “the art of living” and “the art of dying” as synonyms for “philosophy.” In other words, how you lived and how you died was where the true philosophy was, not in some theory you developed. Dying, in particular, was important, because how one closed out life and the character one showed was thought to be especially revealing of what one actually believed and one’s accountability to it. The art was in the intensity, integrity, and character of one’s death: its capacity to display that one’s life was lived and ended thoughtfully. Death was a kind of ultimate accounting.

So much for philosophy before the university, but doesn’t my question about art and the artist misunderstand aesthetics? Isn’t the aesthetic question of an artwork a question about it and not about its maker’s life? Isn’t this essay’s question weirdly ad hominem? And doesn’t it belong instead to psychology, ethics, or moral philosophy?

But the suggestion of a category mistake is itself an aesthetic problem! Aesthetics is the domain of appearance: What makes sense in a society and what does not? How does sense appear and how does it disappear? A fundamental aesthetic question is why we might separate the aims of an artwork from the task of living—including the artist’s task of living. Why should art be excluded from being philosophical?

To assume that aesthetics is divorced from art practitioners’ lives is an aesthetic assumption. An aesthetic question addressing contemporary art could thus be whether it should be taken philosophically. Should the practice of art-conceptualizing, art-producing, art-installing, and art-marketing—to name a few often intermixed dimensions of the process—be accounted for in relation to whether and how the participants are involved in the pursuit of a more thoughtful and considerate life?

In asking this question, I don’t assume that art in general must be taken philosophically. I’m asking whether some kinds and instances of art should be taken philosophically and what would change in artwork if it were philosophical. Take, for example, socially engaged art or art that explicitly takes up issues that would ask of participants to be politically, morally, or ethically invested in the meaning of the art. Those are all areas where how we should live is surely at stake. Wouldn’t it make sense to ask of them how they are philosophical?

From the Philosophical to the Accountable

When we take a work philosophically, we implicitly raise questions of ethical and moral accountability because of the nature of personal responsibility. Ethical questions seek a flourishing life. Morality is ethics thought interpersonally. It focuses on interpersonal basics—the respect of relationships so that they are just, thoughtful, considerate, or loving. The core condition of both ethics and morality is accountability—to oneself and to others. We have to show up to ourselves and cannot give ourselves a pass, an indulgence, an exception. We have to treat others respectfully, accountably, and well. Thus, accountability shows up in the art of living.

Of course, everyone is supposed to take to heart and to uphold ethical and moral matters, whether people are being philosophical or not. This would apply to artists as people no matter what, not as an aesthetic matter about art. But I am interested in what happens to some forms of art once they are taken philosophically. It seems to me then that aesthetic questions arise in which it is aesthetically difficult to separate the art from the artist’s art of living. Since many forms of art seem already to point in this direction, I want to bring out the implications, especially around accountability.

On a traditional understanding of philosophy, if we take art philosophically, we must approach it accountably. Consistently philosophical art would thus involve accountability for all those involved with it: makers, producers, installers, marketers, viewers, participants, etc. Several things follow from this view:

(1) The continuum artist—producer—installer—gallerist—marketer—donor—community member—etc. would become the place where accountability matters, at each transition and with each relationship around the work.

(2) No artist could make an exception of themselves from basic moral and ethical expectations, just as no human can, provided they are able to act morally or ethically.

(2a) Since each part of the artistic process would be accountable, artists would not get a pass when—without consent, respect, gratitude, or adequate compensation—they use other people’s labor—including their manual, technical, organizational, social connectional, or intimate labor.

(3) The fantasy of the unaccountable, exceptional, artistic genius would be seen as an avoidance. This might involve some substantial changes to the way conceptual artists organize their labor and image. The “exceptional genius” fantasy misses two dimensions of the philosophical: accountability and the way philosophy is made between friends who are equals.

(4) Given art’s philosophical meaning, the spectacle would no longer be the most important part of the work for anyone involved, including the spectators! Rather, the most important part would be the personal growth of everyone involved—the growth of each involved as accountable, aware people. This would probably pass relatively incognito through the world—much like integrity usually does—but it would have the quiet hum of people in strong relationships with each other, looping back within themselves.

The conclusions strike me as substantial—some already well accepted and some strange and somewhat new. Most importantly, they convince me to look at the work in art, and so the work of art, in such a way that I follow out what one might call a “relation to living,” that is, to how each person involved in the work of art relates that work to their own ethical and moral space, to their accountability, and to their growth. Yet it is important not to overstate or misunderstand the conclusions for which I’ve argued here. It isn’t hard to imagine a form of “accountable avoidance.”

Imagine that the work of art became a fantasy space where those who were involved played out issues that were unprocessed and where translating moral and ethical accountability would interfere with the processing. If such a space were important, it would involve a kind of deferred accountability—being accountable by letting go of accountability.

The head-spinning nature of that formulation, however, implies that there would still be an underlying ethical relation to the work. The work would be philosophical only insofar as it were important for growing.

Moreover, it is hard to imagine that a lapse of moral accountability could be similarly acceptable. Social justice always matters in interpersonal relationships, and this would especially be the case along the network of all those involved in the work—laboring producers, installers, janitorial staff, marketers, and everyday participants who come in or get involved in the work. There appears to be some room for accountable avoidance, but not much, in a philosophically meaningful work of art.

People—artists, I think, especially—often mistrust the ethical and the moral as features of a repressive conformity. But that worry is actually an ethical and a moral one! To seek a flourishing life—however that really does make sense—and to respect others and to honor justice are the conditions on a free, related, and intimate life of worthwhile intensity. Accountability opens up where we are by making relationships possible. It starts and sustains agency.

The main thing I see differently as a result of thinking about art taken philosophically is how the work spreads out along an entire continuum in multiple directions. There is the continuum of the practitioners’ lives, where the work is mainly the work of living and where artistic practice becomes a project space within the wider art of living.

There is also the continuum of the community, where the work becomes multiply open to all the ways that people are involved in it. Ecological art, socially engaged art, social practice art, feminist art, and the decolonization of art have thought through the relationships with the community involved in the work of art with great detail and intensity.

Still, the philosophical relation to art adds a useful fine point. It constantly brings home how any given art community continuum—from those who labor to produce the art to those who bring the art to publics to those who enjoy it as audiences or participants—might open up the personal growth of all involved through mundane practices of honest accountability.

This is a great piece. It’s particularly useful to me as I work on a socially engaged project that highlights the ontological aspect of being an art teacher, practicing socially engaged art beyond the school.

And some more about plain accountability here: http://www.publicseminar.org/2018/06/how-to-do-things-without-words/.

I’d be interested in hearing about your work. Please feel free to be in touch if you want to share it. Have you followed Caroline Woolard’s BFAMFAPHD? She and Susan Jahoda has a book coming out with Punctum next year called “Ways of Being” that stages the project: https://punctumbooks.com/titles/ways-of-being/ .

“She, Susan Jahoda and Emilio Martinez Poppe have …”

– The platform wouldn’t let me correct the typo without deleting the link.