Are We Heading for Another Economic Crash? 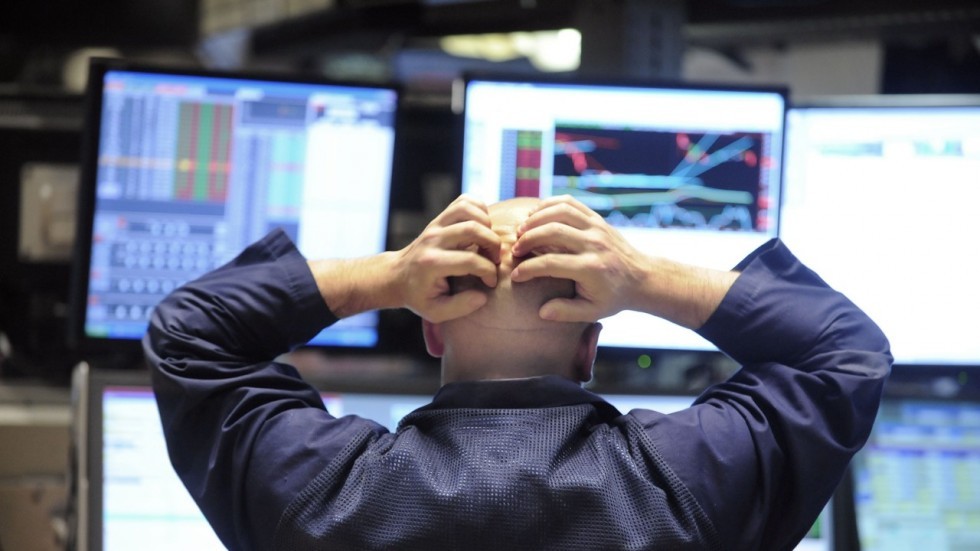 At the Verso blog, a number of distinguished scholars of economics and finance—including Wolfgang Streeck, Susan Newman, Mingqi Li, and Dario Azzellini—have addressed the question “Are We Heading for Another Economic Crash?” Most respondents agree that the underlying causes of the 2007–08 financial crisis were never fully address, and that current conditions resemble in alarming ways the run-up to that collapse. Below is an excerpt from Cédric Durand’s response. Durand is the author of Fictitious Capital: How Finance Is Appropriating Our Future (2017).

The illusion that financial assets can create value “as it is the property of pear-trees to bear pears” is nowadays much more vivid than in Marx’s times. This fetishisation of finance and its empowerment are the reasons why, after 2008, the main avenue to roll back the danger of a debt-deflation spiral was a huge monetary stimulus. As acknowledged by Claudio Borio, a prominent figure at the Bank of International Settlement, rich economies became addicted to low interest rates and central bankers have dramatically increased the dose in the past few years with near zero or even below zero key interest rates and assets purchase programs.

The outcome of this sequence is an outrageously unsustainable dynamic: on the one hand, financial fragility is on the rise again, in particular with excessive corporate debt in the US, persistent bank fragility in Europe, and overvalued stock markets. In the real economy, this monetary stimulus has not delivered much: growth rates are anaemic, underemployment endemic, productivity sluggish and investment hardly sufficient to prevent a productive involution throughout the developed world.

It seems, then, that there is no recovery but only a renewed financial assertiveness backed by highly biased policies. The elementary forms of finance capital — stock-market capitalization, credit to the private non-financial sector, and public debt — now represent more than 350% of GDP on average in the major high-income countries compared to 150% in the early eighties, and 330% before the crisis. In order to be sustained, the value of these financial claims require that the expected financial incomes fall in due time: debt must be honoured, interests paid, dividends disbursed.

The situation for world capitalism is like a Roadrunner cartoon, where ludicrously Wily Coyote has run off a cliff but doesn’t start falling until he looks down.
As described in the opening article above, the financial crisis of 2008-9 was only averted by vast amounts of credit creation; this has polluted all dollars, making it highly likely that the implosion of the dollar in value will be one of the biggest signs of world capitalist economics hitting that canyon bottom.
Capitalism is heading into renewed world war via global trade war. Witness the posturing about restoring the USA’s economic trading power greatness by the megalomaniac buffoon in the White House.
Hence also Brexit as rival imperialist countries, such as the far weaker UK, jockey for alliances and the breaking of alliances as all hell starts to break loose after decades of pretending that the Western world is one of peace, love, democracy and freedom.
The whole reason for the US-led destruction and ripping apart of the Middle East is NOT oil grabbing or the lying “war on terror”, it is the need of world monopoly capitalism, led by the decaying but deadly firepower of Washington, to make more and more war, to beat down the world’s masses for greater exploitation, to try to hang on to dominance, and, to in the end, by leaving vast areas of the world in bombed-out ruins (like Europe after WW2) to destroy enough of the mountains of surplus capital from the boom years (1945-1970s and beyond) to get profitable expansion going again.
All capitalist ruling classes circle this scenario like the worst kind of bandits - seeing what share of the spoils they will be able to grab - and fearing for their throats at the hands of the US’s massive firepower.
But this cataclysm in preparation dooms the entire system. The world’s masses are far too streetwise and have far too much folk-memory of the evils of war to put up with capitalist class rule continuing. Far too many poor, suffering people in the Middle East and elsewhere are actually living this mind-numbing hell of being trapped in war-ravaged nightmares or having their hopes of progress dashed by bourgeois military dictatorship (as in Egypt).
It only remains to rebuild the Leninist movement (see epsr.org.uk) in the teeth of middle-class hostility from the liberals, social-democrats, fake ‘left’ Trots and museum-Stalinists (whose tradition of political feebleness saw the liquidation of the USSR and Eastern European workers states).
Obviously, the rotten blows struck against the world’s true communist future by decades of Cold War, Soviet Moscow’s too often mistaken policies, and then the Gorbachev liquidation weigh heavily on the working class’s consciousness.
But the Western world’s unemployment, gig economy, benefits bashing, trade union and British Labour party or US Democrat uselessness, will eventually be utterly rejected.
Can the capitalist class avert the coming Great Crash??
The massive credit creation of Quantitative Easing (QE) has merely postponed matters.
If it could be averted then there would be no need for the frenzied Trump threats against “rogue states” etc and smashing up of the Middle East on the road to smashing up of Europe or Brazil or India etc.
The fear haunting all the world’s capitalist governments is the economic death spiral. They need to jack up exploitation to pull in international bank investment and stop it fleeing. To do this, they need to cut services and public expenditure and workers wages. But that cuts consumer spending. Hence the spiral downwards making workers’ lives more and more miserable. Hence all the stress, despair, bad health and bad mental health.
But despair will lead to anger, so the capitalists create their own gravediggers, as Karl Marx explained.
So there is no escape for capitalism from crisis or its fate.
As Karl Marx explains: “The last cause of all real crises always remains the poverty and restricted consumption of the masses as compared to the tendency of capitalist production to develop the productive forces as if only the absolute power of consumption of the entire society would be their limit.” (Capital Vol III p568).