Alain Badiou: "We Are At a New Beginning of Marxist Thought" 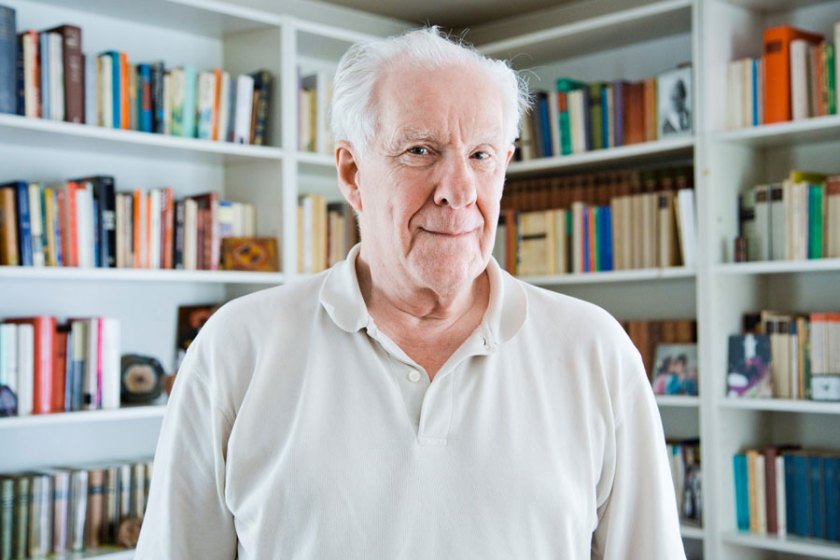 The Verso blog has posted a rich interview with Alain Badiou about the legacy of twentieth-century Marxism. Badiou defends Lenin and Mao against accusations of totalitarianism, asserting that they fought fiercely to defend the independence of mass movements from state bureaucracy, only to be betrayed by their successors. Badiou also suggests that Marxist thought has reached a crossroads today, when it must formulate a conception of mass power beyond the party form. The interview originally appeared in the French magazine Les Inrockuptibles and is translated by David Fernbach. Here’s an excerpt:

In the debate on totalitarianism, you have taken an unambiguous position, writing: ‘This Russian revolution of 1917 was anything except totalitarian.’ According to you, it has been wrongly equated with its degeneration into a totalitarian party-state under Stalin.

AB: The identification of Lenin in 1917 with Stalin of, say, 1937 is a still more striking absurdity than that propagated by the monarchists in the early twentieth century, when they put Robespierre and Napoleon in the same sack. We should say that amalgams, fake figures and apocalyptic visions of the horror show type have always been instruments of the counter-revolutionaries. The Russian revolution is the appropriate name for the historical sequence running from 1917 to, at the maximum, 1929.

During the whole of this period, not only was the slogan ‘all power to the soviets’, to popular assemblies, axiomatic for Lenin, or those faithful to Lenin, but the same Lenin diagnosed, immediately after the victory of the Reds in the ferocious civil war, the advanced degeneration of the state established by the Bolshevik party. A common feature of both Lenin and Mao was the great suspicion they had towards everything that, under the pretext of state power, bureaucratized the revolutionary party and rendered it inert. For those who insist on the word ‘totalitarianism’ to denote the fusion of party and state, it would be more correct to say that Lenin and Mao were both severe critics of totalitarianism!

Image of Alain Badiou via theoryleaks.org.

“A New Beginning of Marxist thought” turns out to be a very old, old capitulation to the hundred-year-old prejudiced middle-class hatred of the Soviet dictatorship of the proletariat, dressed up as being “daringly” pro-Lenin.
But Lenin was not “against bureaucracy” in the sense of wanting to overthrow Soviet power; he recognised bad bureaucratic practices as an evil that could only be combatted by STRENGTHENING the Soviet workers state, so that, once having defended the October Revolution, proletarian dictatorship would spread first via the East (as it did to China), and then (Lenin envisaged) eventually to the world’s richest countries, and after, say, 200 years of STRENGTHENING AND SPREADING proletarian dictatorship through socialist revolution all states could then dialectically wither away into the Marxist self-administration of things (because class war is ended, and everyone is used to socialist self-management).
Badiou’s “theory” that the Soviet workers state (“the Russian revolution”) ended in “at the maximum 1929” runs into the huge historic problem of what to say about the 1930s industrialisation of Russia (all capitalist again? - are you kidding?), collectivisation (ditto), the heroic defeat of Nazi Germany (double ditto) and the vast support given by the USSR to Third World revolution.
Yes, I know it is typical for Trots and “lefts” to despise all that, but the revolutionary world proletariat doesn’t. Cuba doesn’t. Vietnam gained. The Third World rebellion gained. The national liberation heroes all supported Soviet power and assistance. That Moscow under Stalin’s leadership became increasingly revisionist is not the same as declaring the Russian Revolution as being “over”. It was “over” in 1989-91 under Gorbachev, when the revisionist slide into miserable anti-Marxist and pro-“markets” gibberish did sink socialism in Russia and Eastern Europe.
As for “totalitarianism”, the USSR did emerge from the Stalin period of grievous errors and arbitrary heavy-handedness but its leadership was never able to correct the block-headed revisionist weaknesses, which were all to do with RETREATING from Lenin’s view of strengthening and propagating the socialist revolution. Instead, the inanities of “popular frontism”, “permanent peaceful co-existence” and “the peaceful road to socialism” prevailed - eventually destroying the world communist movement and bringing down the USSR itself as all socialist ideology was obliterated under Gorbachev and his pro-Western professorial cronies.
Truly “new” Marxist thinking can only mean applying Marx’s, Engels’ and Lenin’s proven science to today’s capitalist world - which is a world of masses of poverty-stricken people confronting handfuls of billionaires; US imperialist degeneration into overt fascism and warmongering which has blitzed the Middle East and Afghanistan - killing millions; Trump’s trade war and looming financial meltdown in the global banking system threatening a “new” world war (WW3); plus the degeneration into fascist populism of Europe’s middle class, Brazil’s neo-fascist presidency, death squads in Central America, China’s amazing economic strength, Britain’s Brexit Tories running around like headless chickens, French strikes, etc, etc, - and piddling bogus promises from “lefts” of all varieties to “end austerity” and “get jobs for all” etc, etc. It looks like “old” Leninism is needed to me.
As mentioned in my previous posts on e-flux, it is easy to spot Leninism - every other attempt at “Marxism” immediately capitulates to imperialism by failing to point out the global imperialist-warmongering crisis and by supporting the West’s fraudulent “war on terror” ( by “condemning terror” ie. the sporadic retaliations of the oppressed Third World and Middle East to incessant US coalition bombing and the Zionist invasion of Arab land).
How about doing something truly “new” (as far as “lefts” are concerned) and NOT falling for the West’s lying hypocrisy about “terror” - since all the war imperialism makes is actually carried out to decide who’s the imperialist “top dog” (currently Washington - but it is failing) and as part of the overall effort by capitalism to destroy all its boom-created surplus capital, which is clogging up its global economic system?
It seems to me that old, dead Lenin still reigns supreme.

A couple of further points: saying “a Leninist PARTY leadership is not needed or wanted” (the implication being it will always turn out to be a vanguard elite that is somehow inherently “totalitarian”) is imperialism’s fondest desire in class-war ideology. “Never again let there be a Leninist party to lead the socialist revolution” is fascist imperialism’s greatest hope and watchword for subversion, and the CIA and its stooge regimes and death squads do plenty of killing and torture to enforce this objective.
“No leaders” is the juvenile cry of anarchists, who occasionally fight imperialism, but can never be stable enough in proletarian revolutionary terms to win a socialist revolution and hold it (because “no leaders” is a logical absurdity - who is saying this, and why should they be listened to? - and because “no leaders” means no direction or authority to give orders or leadership in any serious conflict with well-organised imperialist forces).
If Lenin is famous for anything it is for building the Bolshevik PARTY; saying you think highly of Lenin but not of his party-building approach to revolution is like saying you love basketball but would prefer players did not throw the ball through the hoops.
On the question of the “degeneration” of the Soviet state, this is also absurd. As mentioned above, all the problems of Stalinist arbitrariness stemmed from the ruling party’s inability to maintain Leninist revolutionary perspectives, and all other problems of socialist construction (and shortages) sprang from the enormous difficulties of building socialism in the teeth of imperialist hostility and two bouts of fascist destruction of the Land of October (Civil War/War of Intervention against British/French/US imperialism shortly followed by Hitler’s invasion).
The real story of “degeneration” is the bogusness of bourgeois “democracy” which slides into Hitler fascism, Vietnam war fascism, Iraq war fascism, CIA death squad fascism, French colonial fascism, British colonial fascism, Western coalition fascism etc - at the drop of a hat.
And how about the drugs, crime, unemployment, racism, zero-hours-contracts, homelessness, fat-cat billionaires living in palaces degeneracy of the rich Western nations?
The USSR’s 70-year existence is historic proof that all these evils can be ended, and stands for all time.