A Psychoanalytic Reading of Social Media 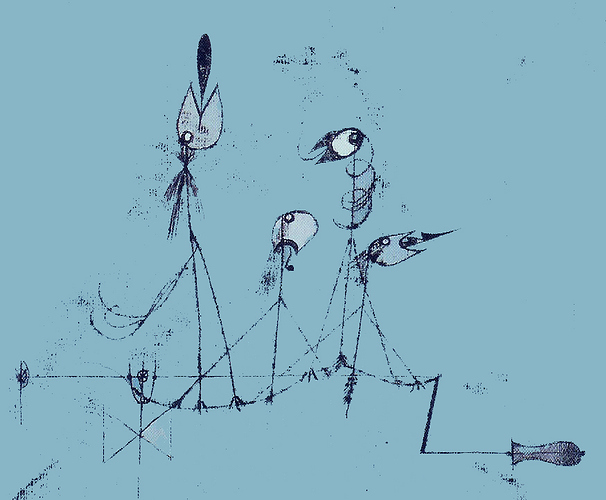 In the new fall issue of Bookforum, Max Read reviews The Twittering Machine by theorist Richard Seymour, which approaches our seemingly self-destructive addiction to social media from a fresh angle. Rather than focusing on the algorithms and behavioral science behind social media usage, Seymour reflects on the psychoanalytic drives that it stimulates. As Read writes, a central insights of Seymour’s book is that part of us may desire the frustrations and humiliations of social media. Here’s an excerpt from the review:

Perhaps the best lens to examine compulsive, unproductive, inexplicable use of social media is not technical, or sociological, or economic, but psychoanalytic. In which case, rather than asking what is wrong with these systems, we might ask, “What is wrong with us?”

This is the question asked by Richard Seymour in his excellent new book The Twittering Machine , which takes its title from a Paul Klee drawing—a sketch of four stick-figure birds perched on an axle cranking above a fiery trench. In it Seymour sees an allegory for the tech megaplatforms he calls “the social industry”: “Somehow,” he writes, “the holy music of birdsong has been mechanized, deployed as a lure, for the purpose of human damnation.” The Twittering Machine “confronts us with a string of calamities,” among them increasing depression, fake news, the alt-right, and fast-food brands tweeting on fleek. And yet, despite the obvious fact that it’s very bad for us, we, and about half the population of the earth, remain its inhabitants. Why do we stay on—just to pick an example—Twitter, while also referring to it as the “hell site”? “We must be getting something out of it,” Seymour writes.