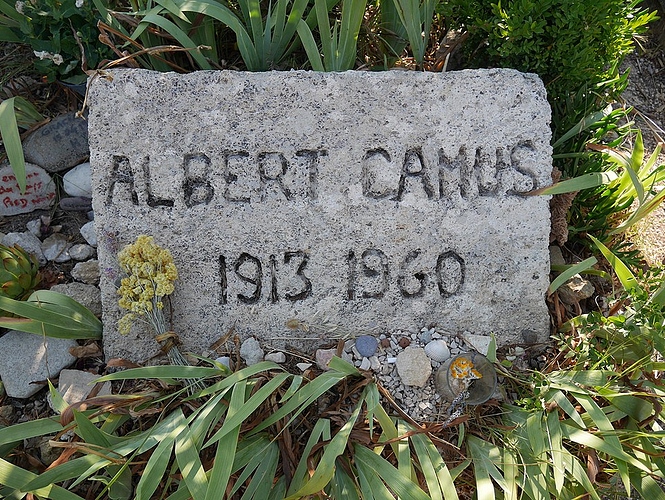 The Boston Review, political theorist Carmen Lea Dege explores why existentialism has experienced a revival during the coronavirus pandemic, and what it has to teach us about facing uncertainly and mortal danger. Dege examines these questions in the work of Heidegger, Sartre, Beauvoir, Camus, and Karl Jaspers, noting how some of these thinkers failed to fully embrace uncertainty, while others, especially Beauvoir and Jaspers, turned uncertainty into an ethics. Check out an excerpt from the essay below.

Over the last few months, we have witnessed a broad range of responses to a profound new wave of social and personal uncertainty. On the one hand, and for the most part, people have expressed an urge to restore certainty. We might have found that we prefer to be certain about the future, however grim it may be. We might have sought targets to blame for the suffering, pain and hopelessness that surround us. Politically speaking, citizens have looked to strong leaders for containment and control, a phenomenon some call the “authoritarian reflex.” And the uncertainty vacuum has been filled by conspiracy theories, war rhetoric, the denial of scientific facts, and an increase in surveillance measures. On the other hand, there have also been responses that find containment in the admission of not knowing, in political leaders who express their fallibility, and in a form of hope “inextricable from uncertainty” as it opens up a critical space to imagine and build the future. These latter voices have been quieter. They demote greatness, revenge and heroic victory and regard the promise of control with skepticism.

Where does existentialism fall along this spectrum? Can its turn to uncertainty really teach us something about life in terra incognita? Not only do existentialists define anxiety as our “dizziness of freedom” (in the words of Kierkegaard)—the dizzying effect of looking into the contingent boundlessness of one’s own possibilities as a precondition for personal growth—but many also offer reflections on plagues and epidemics. They invoke these terms metaphorically in order to expose the relation between political crises and crises of human meaning. At a moment when a biological respiratory plague lays bare and reinforces the systemic racism that suffocates and chokes Black lives, this connection could not be timelier.

Image by Moleskine - Own work, CC BY-SA 4.0. Via Wikimedia Commons.

Here we go again with claims of “profundity” being made for such cries of philistinism as, “We just don’t know what’s going on” or even “it’s beyond science and human understanding to know what’s going on”. Could fake intellectualism get any dumber!?
We DO know what is going on, and anyone who wants to know who’s capable of reading a book and a newspaper can know what’s going on. It’s blindingly obvious that the USA is in mass unemployment economic crisis and horrendous wide-spread slaughter from a pandemic is taking place. The same for knowing that mass rage has exploded at the civil rights injustices of the system, but that that is under assault from the White House itself, dog-whistling up racism and right-wing extremist mob violence to terrorise the urban proletariat, when not directly commanding police and military forces to suppress civil discontent with maximum force.
What is causing confusion is the feeble quality of “left” politics that attempts to explain what is going on while remaining hostile to Marxism-Leninism, which insists that the only answer is socialist revolution and the dictatorship of the proletariat.
Here “leftism” (anti-Soviet Trotskyist, liberal and dead-beat Stalinist revisionist) fails to break with anti-communism and illusions in bourgeois “democracy”. Instead, it falls for every counter-revolutionary, CIA-run stunt going, such as the anti-China campaign, or the Hong Kong “freedom” protests, or the latest “colour revolution” - the right-wing middle-class attempt to overthrow Lukashenko in Belarus, which is a state that holds out for its planned economy, welfare system and Soviet nostalgia, as opposed to giving way to a fascist coup and right-wing extremism, as per Ukraine’s SS-loving Kiev government.
Lukashenko may be a long way from anything approaching Marxist scientific leadership but Belarus is NOT a country slaughtering its own people with COVID, nor is its justice system a trigger-happy paradise for racist cops under an unhinged billionaire ruling class capable of doing anything to hang on to power.
The obvious psychopathic insanity of the US president, put there by a bent and utterly corrupt electoral system (fake bourgeois “democracy”), who’s preparing to IGNORE the November election results and literally SOLDIER ON via a coup - with the backing to the hilt of most of the US billionaire class, army and cops is what is unsettling so many bourgeois intellectuals, sufficiently to get them seeking solace in Camus etc, out of fear of finding that Marx and Lenin would be far more enlightening reading material and explain REALITY far better.