Supercoversations Day 68: Dillon Votaw responds to Rupali Gupte and Prasad Shetty, “It Takes So Much for a City to Happen”

SUPERCOVERSATIONS DAY 68: DILLON VOTAW RESPONDS TO RUPALI GUPTE AND PRASAD SHETTY, “IT TAKES SO MUCH FOR A CITY TO HAPPEN” 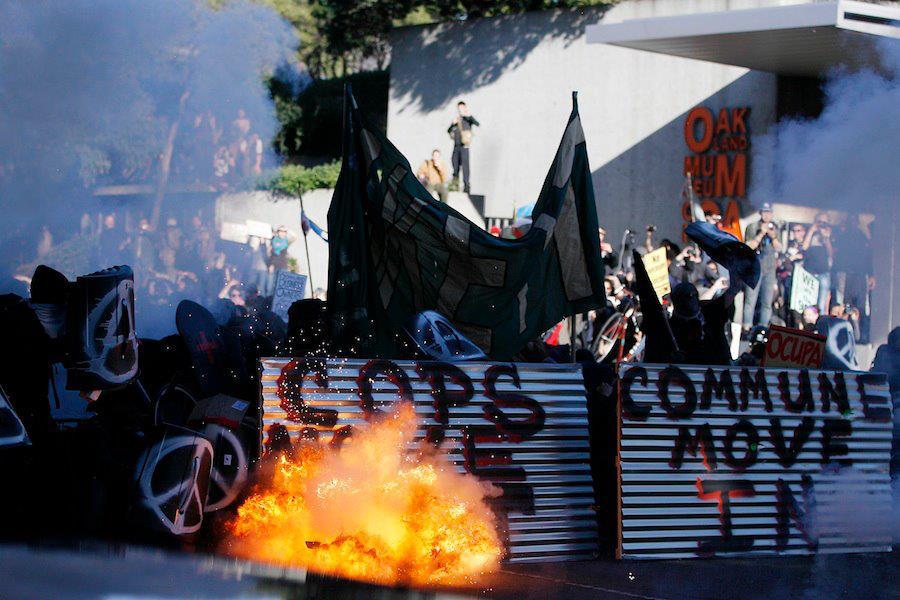 An image from the Oakland Commune, a noteworthy, albeit brief, transactional assemble

Even prior to their penetration by vectors of telecomputation, cities have been far more complex than our understandings of them. The inadequacies of received models of urbanity call for a (collaborative, rationally normative) complexification of thought: collaborative, particularly between humans and machine, because of the size of the task at hand, and rationally normative, due to the increasing acceptance of normativity as that which enables the freedom to conceive of and accomplish social tasks in the first place. After all, regardless of what we think about them, the flows and functions of a city continue to operate, along lines of differential power relationships. To be stunned into inaction in the face of complexity is not an option. Contingency and risk are ever present and can cause urban development plans to work out in unexpected ways. We must take our cue from those who currently wield power and develop technologies and procedures of risk-management through hype.

Having long worked in architecture and urban development in Mumbai, Gupte & Shetty are invested in developing more accurate, more workable, understandings of a city’s morphological ontology. Both grand narratives, affirmative or negative, due to their infamous oversimplifications, and deficiency-stories, of “shortages…decay…and corrupt[ion]”, due to their short-circuiting of a city’s already-existing and latent agencies of resistance, are insufficient to this task. Instead, what Gupte & Shetty offer is a model of the city as ever-churning morph, “characterized by unclear geographies, absurd lives, unstable forms and coexistence of sharp contradictions within it.” Perhaps the phallic rigidity and insistent recognizability of a city’s skyline, that image that is often most-associated with a city, is its only, and then, never entirely, stable formation.

City as morph. This formulation, in my view, has resonances with de Certeau on the tactical practices of everyday life, with De Landa’s assemblage theory, and with Bryant on onto-cartography. It would perhaps take a mad fusion of all of these perspectives to come to a useful model of the morph, but, for Gupte & Shetty, their urban morphology focuses on transactional apparati, on the process of settling, and on a city’s inventory of trips.

As explicated through Gupte & Shetty’s keen example of Lamington Road in Mumbai, the heart of the city-morph is in a city’s transactional spaces, practices, and objects, for it is transaction, universal but carried out in ways unique to each city, that allows creation and destruction. The process of settling, then, is the result of the myriad transactions having occurred at any moment. Settling is an ongoing process: nothing has ever entirely settled. Settling will never resolve contradictions. Instead, it allows contradictions to co-exist, while also producing entirely new ones. The tendencies of settling in a particular city are (over)determined by the competing interests of power. A post-capitalist project, then, can be thought of as determinedly unsettling, towards a more equitable future settling. How, then, to be most effectively unsettling? What is really unsettling?

Finally, the particularities of a given city-morph, the ways in which its transactional apparati facilitate its settling, give rise to individual subjective trips, which are “practices that go beyond the acts of routine”, are “often quirky, erotic sedimented, and absurd”, and which seems to provide a city with its “generative energy.” Trips are linked with desires and their resolution and are, thus, intimately bound up with transaction. Examples given by Gupte & Shetty, specific to Mumbai, profile individuals who obsess over strange hobbies such as mirror-mounting, collecting spy equipment, creating ‘useless’ antenna groupings, or making pens out of discarded sound equipment. These trips should give us hope, as they are proof of the continued vitality of human resistance, creativity, imagination, and self-(re)definition. To identify the trips of a city is to reaffirm its unique worth in the face of the ever-mounting forces of global urban homogenization.

It seems, as many have suggested in various ways, likely that we have never been human in any way that is now useful. However, insofar as we co-emerged with technology (tools), we have always been artists. The millions of city-trippers among us provide a window into the current state of our unquenchable artistic impulse and its navigation of a world seemingly entirely hostile to it.