#War is Waged With Taxpayers’ Dollars 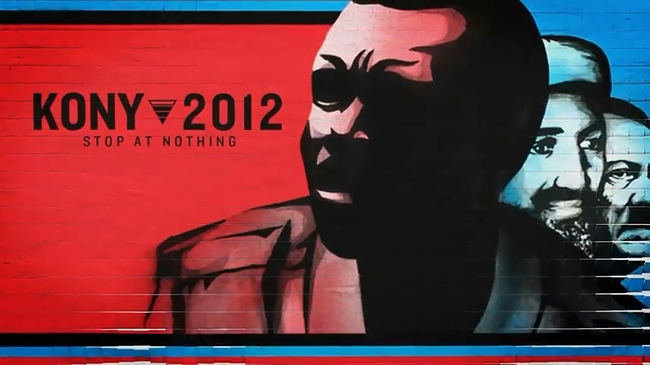 “We’re an empire now, and when we act, we create our own reality. And while you are studying that reality we’ll act again, creating other new realities, which you can study, too.”

The first decade of the twenty first century met with serious doubts about the viability of direct military occupation as a strategy for global domination. Waging costly military maneuvers with taxpayers dollars wasn’t the real issue: the problem was that everyone could see where the budget was being allocated, and with the advent of the Internet, these numbers and their relations started circulating. With the internet, every occupation war of tomorrow will be portrayed as the “next Korea” and met with resistance. In order to appeal to taxpayer’s reason, governments must provide fictive realities, where the sole visible alternative is conquer, restructure and impose a new order.

Perhaps today, the idea of military intelligence presents itself as an oxymoron. We must remember that the military rarely creates realities, as they are merely complicit and heavily reliant in the narrative schemes of governments. In the post 9-11 world, it is evident that governments, religious organizations, academia, and the art world are looms for fiction-weaving. The texts generated will merely present themselves as the only possible reality, but they too are subject to change.

Democracy has revolution inscribed into its modus operandi: at the end of every term the government is overthrown.

“The Internet began to fill in for the multilateral world order. Information technology was seen as a distributor of freedom, and its programming language was written by think tanks associated with the West’s military. It wasn’t about negotiating with authoritarian countries anymore, but the spontaneous conversion of their populations into liberals. For example, in 2009 the US State Department asked the microblogging platform Twitter to postpone its scheduled maintenance, so that the Iranian political protesters rioting on the street could keep relying on the service.” (Metahaven)

The Internet has emerged as a governmental tool for indirect regime change. For instance, in April 2014, news surfaced that the United States Agency for International Development had covertly created ZunZuneo, a Twitter-like platform in Cuba, with the ultimate goal of overthrowing the Cuban government through organizing mass protests (and this comes in a time when the ramifications of the “Arab Spring” are becoming clear to people inside and outside of the Arab world). It is important, for the sake of our argument, to notice that the multi-million dollar cost of the operation would not be included in the CIA, or military budgets, but allocated by an agency responsible for administering civilian foreign aid. Consistent with the logic of liberal democracies, this new form of proxy war-making outsources the human and operational costs of war. Keeping up to date, Russian agencies have kept up their mediatic against their American counterparts.

As the active consumption of the Internet began to overthrow the passive regime of television consumption, western governments found ways of effectively profiting from the illusion of active consumption, by smuggling their narratives and fictions (realities) into the collective liberal imaginary of a planetary population.

This mediatic regime change is not just pervasive in politics. Even in our own specialized world of art, the popularity of a given artwork, artist or institution depends on its model of discourse and the discursive mode of consumption, contemporary art encourages a reorientation towards the active, engaged consumer as opposed to historic or traditional art practices, where the viewer approached the art to be “told” something or learn something from the work. Thus, we can establish that contemporary art is to the Internet what traditional art is to television. Today, as a consequence of the Internet hive mind, propaganda peddling to a passive audience from a centre is ineffective and sensation is created through group participation. Donald Trump’s success as a Republican Candidate has a lot to do with his ability to instigate active consumption through controversy and its cybernetic viral engagement, as opposed to more - no pun intended - conservative approaches by the other Republican candidates. By feeding on the click-economy, Trump’s propaganda campaign has assured him far more press coverage than any other candidate could possibly hope for. Even though progressives share Trump’s content online with the intention of parody, Facebook algorithms privilege popular content, and are more likely to suggest it to their users: it is easy to realize the powerful snowball effect that Trump has set in motion. More than any other politician, Trump is cognizant that cybernetic exposure translates to power, making him the ideal candidate for the internet age. It is even possible that Donald Trump might be consciously manipulating his beliefs in order to engage in public outrage.

Today the only route for self-radicalization of youth is possible only through the construction of realities that will underscore all other possible realities and self-transformations, reorienting them to synchronicity with the construed reality. For this, the individual will wear what Metahaven dubs “augmented reality eye-shades”. His/her reality will be planned in order to fulfill narratives outside of him/herself. The self-radicalization of youth is not new, but the mode in which it operates has been transformed. It can be argued, we are all self-radicalized in one aspect or another. With 100 million views on YouTube, the Kony 2012 video controversy, played an important role in exposing the power of purportedly self-found initiatives, and despite the appearance of lacking a clear political core, revealed just how eager the “progressive” internet communities are to humanitarian invasions and occupations if the content that is presented to them comes through the right channels. Metahaven is acute to propose: “Propaganda is overlaying reality with an interface that dominates and kills what it was supposed to mediate.”

Can we aim towards a world order capable of addressing the problems of the future, when it is clear that at present, geopolitical and international affairs even when they exclude phenomena like Snowden or Assange– are increasingly mediated through transparent channels? In short, audiences are targeted by campaigns attempting that the users over-identify themselves with the content and in turn convert them into active disseminators through a process similar to that of self-radicalization.

Manuel Correa is an artist and filmmaker from Colombia. He is the director of the upcoming documentary #artoffline.