SUPERCONVERSATIONS DAY 66: DAVID XU BORGONJON RESPONDS TO JULIETA ARANDA AND BRIAN KUAN WOOD, “GIVE BACK TO YOUR ALMA MATER!” 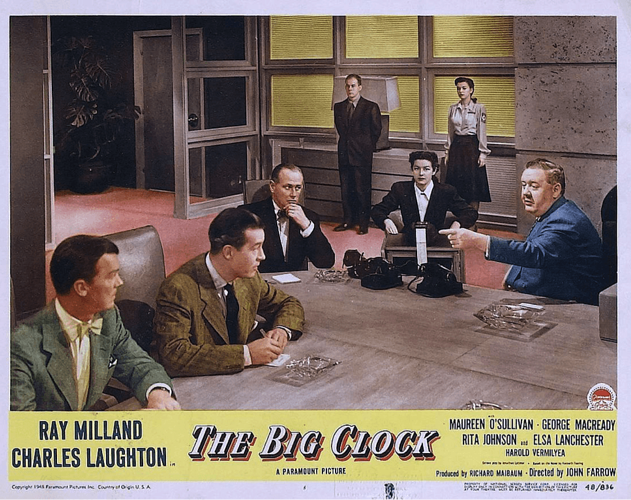 Sucks is short for success.

My lover Sarah is sprawled on the couch.

Minsoo is studying, and working hard to pay for it. I’m writing and curating and living off my mother. JS is going to work for Microsoft to hack around and make fine code. Sarah is an artist assistant, but since she uses ceramics, it’s a lot of lifting.

Me: Whatever you like.
Sarah: I could do this every day.
Me: You do. All you want is to eat oysters every day. Gross.
Sarah: I just want to be happy, OK?
Me: Don’t you care about… the world? Or, that’s too big. What about the state of the field?
Minsoo: There’s nothing wrong with taking care of yourself.
Me: It’s so limited. Shouldn’t there be… more? Isn’t it kind of tragic just to be bought off like that?
Sarah: That’s bullshit. That’s like saying success is always selling out.
Me: No it’s not.
Sarah: Success isn’t a fall.
Me: Success sucks!
Minsoo: If you can define success yourself, I don’t see the problem with it.
Sarah: Yeah, you could be in a cabin in Maine.
Minsoo: That’s respectable; not like oysters. It might cost more but at least there’s less guilt.

We also have different unpaid debts and our servicing schedules also aren’t the same. I’m recording this conversation about Julieta and Brian’s conversation.

JS: I want more power.
Me: It’s on record now.
Sarah: What? Sorry?
Me: We were talking about success.
Sarah: Oysters.
Me: People can get weird about success when things get bigger. Like things were great when everyone knew everyone else.
Sarah: And everyone’s pretending to know everyone else by first name. Right?
JS: I want to know people and have money so I can have power. It’s not interesting by itself.
Me: Did Starbucks get worse when it got bigger?
Minsoo: People love to talk about how small community engagement will fix problems, but the size of communities is a problem to begin with. Thinking small is sometimes just thinking bad.
Me: Today I met a curator guy and asked him about how to scale up.

We were eating steamed vegetables, because he was on a health kick.

Me: Help us.
Howie: I want to. In the art world, people pull up the ladder after them so that the people who come after have to make new ones. People are stumbling and falling but replacing the rocks on the path behind them. There are a lot of ladders lying around, carried like crosses.

Should I have used his real name? My mother called earlier today and said she felt bad for me: I was working hard and making little.

Me: I want to make money.
Minsoo: I have to.
Sarah: I think it’s important for people to feel financially secure if they want so that they can make their hopes and dreams come true and not suffer their whole lives.
Minsoo: But that’s the idea sold to artists: that we should suffer our whole lives.
Me: What’s the price?
Sarah: I guess it’s what they want so it’s fine.
Minsoo: The problem is there are no options for repayment. I want my school to be invested in me. I think if they literally had an option on me, and had a contract where I agreed to, say, sell them my art at a certain price or donate it every year until I died… that makes a lot of sense.
Me: That’s even better than being a customer, because then you’re actually valued. You’re not just pretend-respected.
Sarah: What did you tell your mom?
Me: I explained to her that payment in the art market is deferred. The longer you go the more you’ll get paid eventually. It’s like interest.

Bursts of laughter from everybody else—as if it’s not believable.

Me: It’s true! You have to have your years in the wild. Then you cash in—it’s like academic curators joining a blue chip gallery later, an accepted strategy.
JS: That’s the startup model. You’re trying to grow, not to make money—and that growth gets important people excited, and then you get bought out.
Me: Yeah, but it doesn’t have to be like selling out. I really wish I’d taken internships earlier. I wasted all my summers.
Minsoo: Don’t try to solve a problem you just made up.
JS: Ideas are cheap. Skill is what’s scarce.
Me: That’s why we’re doing this. I need your ideas. And I’m not going to credit you, because I don’t have to. I’ll change your names.

It’s late and the cookies, thick and laden with white chocolate chunks, because I ate all the semisweet chocolate chips with sticky hands.

Sarah: What are you doing, exactly?
Me: I’m writing this response for the eflux supercommunity project.
Sarah: Why? I mean, why did you want to?
Me: It’s like practice. I’m getting better at responding to people and carefully listening to them in text.
Minsoo: Would anyone pay you for this skill later?
Me: What?
Minsoo: It’s high risk and low reward.
JS: That’s just a loss.
Minsoo: Write it off.

IMAGE: In The Big Clock (John Farrow, 1948), our hero George is put in charge of a high-stakes manhunt, and he’s the only one who knows that he’s searching for himself. With all the corporate resources of a media empire, loosely based on Time-Life and a premonition of Google, he stalls and delays the progress of a simple search. The climax is diverted by a hostile acquisition—and the sale of the company means that George can avoid selling himself out.

David Xu Borgonjon is a practicing administrator. He works on www.onscreentoday.com, and is producing Really, Socialism? at Momenta Art this fall, focusing on the history of official socialist aesthetics.

The original text by Julieta and Brian is brilliant not only because it is critical of the way the future factors into the production and dissemination of art but also because it twists and therefore challenges the accelerationist notion of futurity by exposing how neoliberalism has always been ahead of the future games and how it is confident in beating its critics’ attempt to appropriate it from the capitalist political tool box.

It’s all there in the word, “speculation”: what gold prospectors do, what sci-fi writers do, what artists do. And anti-capitalist critique isn’t behind neoliberalism. It’s an example of it. I think the way out is more prosaic, and requires not just figuring out how power works but actually getting it. “Give Back to your Alma Mater!” stops just short: it’s an ironic critique. I was hoping to offer and solicit some career advice here. Professional development really isn’t a copout. It’s not just a scientific analysis of the world of that profession, it’s also a synthetic approach to changing that world—whether it’s behind doors closed, ajar or open, this is the kind of wisdom that helps take worlds (like engines) apart and put them back together better.

Arbitrage, or trading on differences

Arbitrage is buying cheap in one place and selling dear in another. It requires a separation between the two places and imperfect information, so that your sellers and buyers don’t know all the prices involved.

Many of us have access to more than one world. Those worlds could be geographic, age-based, subcultural, professional, linguistic, economic, etc… If you can find a good x that’s plentiful in world A, and sell it in x-scarce world B, then you can make a profit—you don’t even have to make money, you could just be paid in good y, which is plentiful in world B but scare in world A, and you bring it back to resell for more of x.

For example, I mostly stand in between art worlds in the USA and China. In New York, there’s an excess of institutional legitimacy, in the whole network of arts organizations, many of them quite respected (non-profits, galleries, museums… supported by robust sites, blogs, lists…). With the affiliation of a small NYC arts organization, I could get a mid-size investment from a Beijing collector, and then use that mid-size investment to scale up to a large NYC arts organization. At least, that’s one plan for success.

So arbitraging requires a clear knowledge of different worlds (probably more than just two), the prices of different forms of power, and the chokepoints between them.

Poppy print on silk dress. Once, you could trade British opium for Chinese silk. There’s deals out there now, too.

@dxb I think you are confusing the scales. I was referring to a much larger project of transformation here using a larger measure of the future than a personal success path. This is why the part about career advice was also lost on me. Some of us might be looking for ways to forge geopolitical arbitrage.