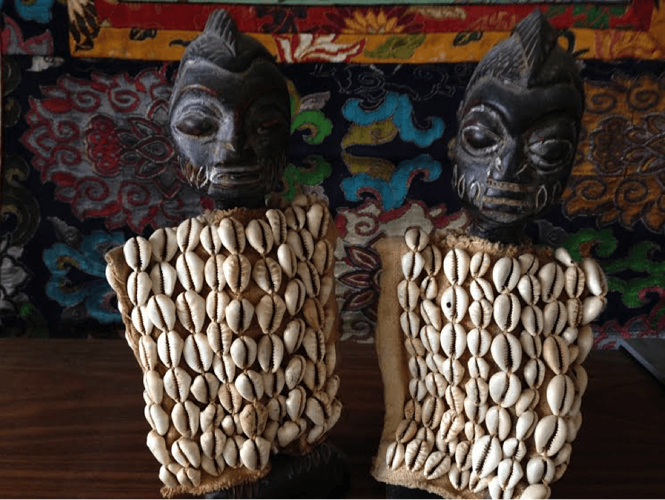 Dreaming wildly one forgets the orientations of the visions – Fidel dreamt Cuba, Cuba now dreams Fidel and in his dreams is stalked by Oxosi the Hunter. Dreaming Ibeji these twins separate their physical halves yet cannot come apart as one twin dreams the other dreaming the other - habaneric oneirics. Ozymandias.

The oneiropoetics of Fidel, who, a hungry ghost, has crept into the dreams of Cubans, whose tyranny manifests now age spots on leathered hands, an old grandfather ready to take leave of this world, to these Cubans I say “ache pa’ ti.”

Oneiropolitics of Fidel, once dreamed in a larger context with an all powerful Khrushchev, a threat of megaton bombs crushing American cities, this bewhiskered, cigar chewing man clad in fatigues now wears guayabera and reminisces his youthful days in Revolution – once in your face defiant of Kennedy, he now wistfully looks back on those good old days and dreams.

Desperate dreams beget desperate dreamers, Ache pa’ ti, Orlando Luis Pardo Lazo – you who dared to write of your Cuban sueños, these dreams of “…lingering Fidel, half mummified, hoarse, his skin petrified or putrefied, fecalphobic, senile or whatnot, but still Fidel.” Fidel ossified, Fidel mummified, Fidel now struggling with prostatism, what kingdom would he not give to have a relaxed piss.

Pro-statism – that condition of rule through tyranny when one cannot but strain to take a leak and in so doing order the execution of enemies and friends, dissidents and counter-revolutionaries. This malign pro-state organ kills all it touches, all that it detests, all that defy it. Malignant, swollen, a constriction through which none passes freely; stagnant, its own tinkling a death knell, a piss into a dry pot this Cuban pro-state, this party, Communistic in its despotic paternalism. Detumescent, now a withered genital, Fidel gazes upon his own impotence, his pro-state now consigned to the market of the capitalism he once hated – there will be no escaping the market’s penetration. Fidel looks down, castrated, he pushes out the last drop from his emasculation.

“Like Fidel and the collective dream that Cubans now conjure of him, both outside and within the Island: how do we diagnose geographies after a cancerous century of geopolitics?”

When did it all go south, below in the tropics, what cyclone of spray did the Island exhale transporting her émigré children to Miami and beyond, dreaming of cumbia, and birthing Ted Cruz a Norteño of Canada?

“Fidel applauding from the runway while Cuban-American supermodels like Vida Guerra, whose name is a spontaneous metaphor for our unepic little epoch.”

What cancerous metastasis this, Rafael Edward “Ted” Cruz , the son of a son of Cuba, Rafael Bienvenido Cruz, this father who once raised his gun against Batista, comrade in arms to Fidel, only to sire this demagogue from his Cuban loins? No supermodel this, with his pallid visage and Anglo tones, Ted a killer of Dreamer’s dreams; what antithesis this procreated folly, “Ted” Cruz, a true son-of-a-gun? The unintended consequence of revolution, the aufhebung of habaneric socialism, a nocturnal emission of Fidel lost into the sweat of humid Havana bedsheets.

“Suddenly we find ourselves neither inside or outside the game, but rather with nothing to play. The dominos are stuck. The genie with the tuft of hair extinguished Aladdin’s lamp.From siá cará to San Finishin. Santero-socialist spoils mixed with bitter escuba shrubs and cursed water. The courage, the discouragement: the fountain of faith has ceased to flow. There is no game, but then again, nor are there any moves. Being in Zugzwang, the beginning and end of the Cuban dreamverse. Cubaom…”

Fidel’s dreams are haunted by Shango, the father of his Ibeji dream twin - Cuba, the patrón of Batista – here Fidel dreams of dreaming Cuba, Cuba dreams Fidel, oneiric transmissions sorted by the oracles of Elegua, making no sense anymore, a labyrinth of hallucinations and foreboding. Havana-Socialism now evokes another power, the giving mother, Yemaya - she brings markets replete with the fresh harvests of the oceans, sonorous waves on the beaches, the cries of “¡Libertad!” from the mouths of gulls. – the Ibeji dream of full stomachs and tetas filled with milk. The vengeance of the Orisha, swift, terrible; Fidel turns restlessly in his sleep.

An exquisite cadaver, Fidel ossified in his undead flesh, clings to and haunts dreams, a specter haunting the Caribbean, not the Marxian spectre of Communism, rather an Inquiet Spirit, walking age upon age - not unlike that monarchial exquisite corpse of England, Elizabeth and her cadaverous Prince-Consort, undead, vampires haunting the living from the age of the past century. Fidel, the end of an age, the last of the revolutionaries, takes a last undead glance over Havana as he dreams his failed revolution into the silence of the grave not yet opened to receive him, a ghastly mouth awaiting his final oneiric emission, los sueños de 26 Julio, no sería realidad; the dreams of the 26th of July will not be realized. 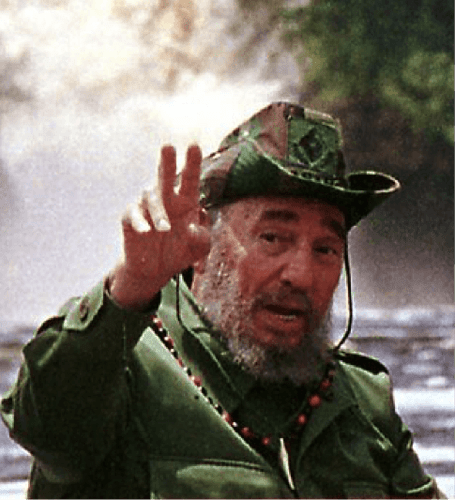 Liev Henrique Durán (HL Durán) is a Friend of the New Centre for Research and Practice, and resides in the mountains of Northern Nevada, USA where he is a physician and public health official.

In Ward Churchill’s Pacifism as Pathology he riffs on the idea of Reality Therapy, going out of your way to live in an oppressed zone, living as the oppressed, even if it means being oppressed by those whom you’ve moved into proximity with. Thinking of the inverse, I see the most common move on the planet is to move, as quickly as possible, away from strife. Brings to mind the idea that America as a whole mechanism is built on the idea of running away over any opposition, rather than being an aggressive, gun-toting cop on the progressive beat. And that the antebellum thought paradigm is less a real ideal, but more the sudden feeling of sad inadequacy in regards to -any- fight ahead - the violent externalised reaction to being existentially terrified that you’re really not equipped at all for the move you’ve already claimed or the position in which you’ve found yourself.